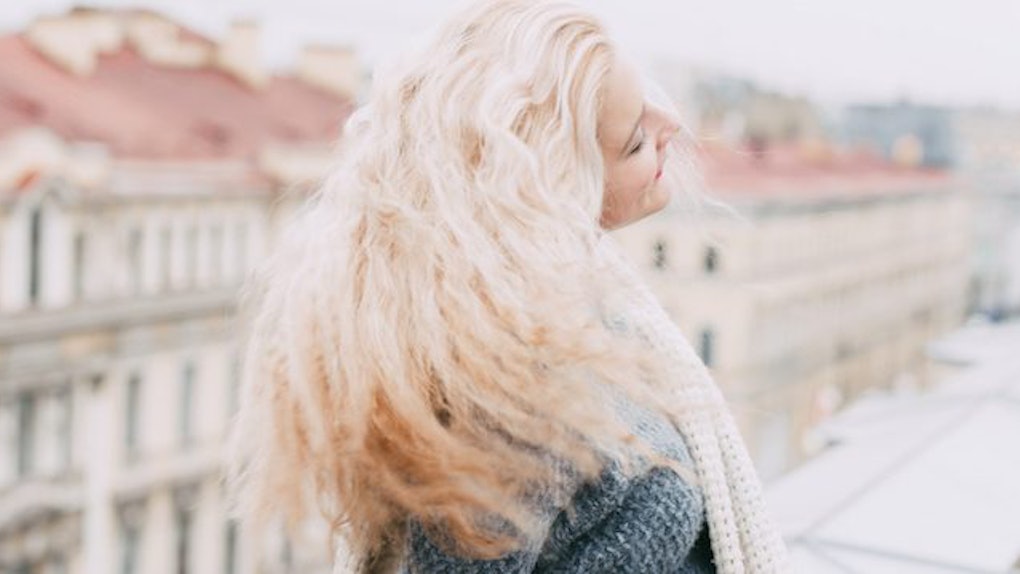 Cut Your Hair To Get Over Your Breakup

The phenomenon of breakup haircuts has received more than its fair share of publicity, with celebs sporting new dos after major splits. (Hello Katy Perry and that pixie cut!)

This paparazzi and media attention has turned the phenomenon into a rite of passage of sorts... but for good reason.

Breakup haircuts have always been relevant in my life. After some variation or another of the “it's not me, it's you” talk, I have always had the undeniable itch to run to my hair salon... and inherently, run toward a fresh start.

Thanks to plenty of failed dating ventures and relationships, my hair has fluctuated from long to short to awkward in-between. It has also gone from brown to black to red to blue to blonde.

No matter how many inches I decided to chop off or what color I decided to dye my hair during my spur-of-the-moment trip to the salon, I have always walked out with both fresh hair and a fresh perspective.

Cutting or coloring my hair after a breakup is my ultimate fresh start, and my first baby step toward moving on after a painful breakup.

1. It's a visual marker of change.

Think of how many times a makeover served as the symbol of a big life transition in movies or pop culture. From Tai in "Clueless" to Andy in "The Devil Wears Prada," makeovers served as pivotal film scenes to indicate the character was undergoing a bigger life transition than the one you could see on the outside.

Cutting your hair is a visual way to show you are in transition, and that something has changed in your life that goes beyond your appearance.

It's a way to announce to the world – and yourself, whether you like it or not – that you are transitioning to a new chapter.

2. It's a symbol of shedding the past.

When you go into the hair salon for a dramatic cut, you are cutting off dead ends and extra weight.

You are sitting in the chair, shedding your past and the things that previously weighed you down. You are putting things behind you and lifting weight from your shoulders.

You leave the salon feeling lighter, both physically and mentally. Plus, you are fully in control of this change. You are focused on moving forward.

This feeling of agency and control over a physical attribute that is so prominent is incredibly powerful... particularly if you've been dumped.

3. A new do makes you feel better, both externally and internally.

You may not want to admit it, but when you look your best on the outside, you feel great on the inside. Appearances often translate into feelings.

Chopping your locks can make you feel like the most beautiful girl in the world.

It can bring out your eyes, your smile and your freckles like your previous style couldn't before. And after getting dumped and believing no one is ever going to find you desirable, it's reassuring to feel truly beautiful.

4. The result is immediate.

As opposed to other drastic changes like losing weight, moving into a new place and rebounding with a new guy, a haircut is straight to the point. The results are visible in an instant.

There's no delayed gratification, and it's satisfying to feel this weight – both physical and mental– being lifted off immediately.

And the BEST part about breakup haircuts? Your hair always grows back.