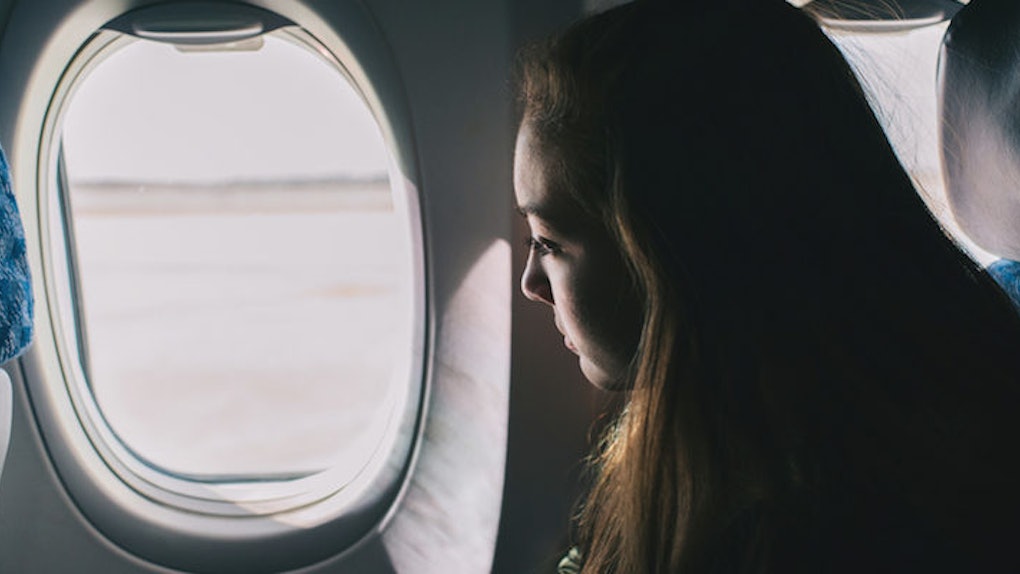 Wanderlust: What It's Like To Travel So Much You Have No Real Home

Some people are born with inherently nomadic spirits. Their drug of choice is adventure.

They find it difficult to stay in any particular place for an extended period of time.

It's not that they're afraid of settling down, they're legitimately incapable of remaining static.

These perpetual wanderers are silently urged forward by the planet's rotation, finding it impossible to rest until they have seen and heard it all.

For some, this is simply a product of youth and possessing an innate curiosity about the world. For others, it's a fundamental aspect of their characters, and it might even be genetic.

When I was very young and the urge to be someplace else was on me, I was assured by mature people that maturity would cure this itch. When years described me as mature, the remedy prescribed was middle age. In middle age I was assured greater age would calm my fever. ...Nothing has worked. In other words, once a bum always a bum. I fear this disease incurable.

Indeed, wanderlust, or the inexplicable desire to explore the world, is a very stubborn condition. The only viable form of treatment is to surrender to its symptoms.

Simply put, when you begin to burn with a hunger for travel and adventure, attempting to fight it is futile. You have to feed the beast in order to calm it down. Fortunately, in doing so, you'll find you've learned more about yourself and the world than you could have possibly imagined.

Travel changes us in irrevocable ways. Anyone who has spent a significant amount of time abroad understands this.

Enlightenment through exploration, however, does not come without certain sacrifices.

When the foreign becomes familiar, the familiar becomes foreign. After you've been on the proverbial road for so long, it can begin to feel more like home than the place that spawned you.

Home is where the heart is, but you've left pieces of your heart in multiple places.

There's a distinct difference between being a tourist and a traveler.

Tourists visit places to escape the reality of their day-to-day lives. They follow all of the guideposts and never stray from the beaten path.

In other words, tourists desire the Wikipedia versions of the destinations they visit: a quick, convenient and generic summary that involves little effort and maximizes comfort.

Comparatively, travelers genuinely seek to understand and experience. They become so deeply immersed in a new place, they end up leaving parts of themselves there upon their departure.

When it's time for them to leave and move on, it feels as if they've lost something invaluable that can never be returned. In reality, this sense of loss is a product of everything they've gained: priceless experiences and immeasurable perspective.

Indeed, true wanderers can't help but fall in love with other cultures and peoples. In the process, however, home becomes an elusive notion. It ceases to be a place, and transforms into a feeling.

Home is where people rest, but you don't feel content unless you're moving.

Perhaps those who are born to travel are simply constantly searching for home. After all, home isn't really a location; it's a feeling of belonging.

This is why those endowed with wanderlust have a longing to be in strange places. They find contentment in the unfamiliar, and they have an insatiable desire to learn about and understand the human condition.

In essence, they're students of the world, which requires changing classrooms regularly.

Thus, the journey is their home, it's where they've found peace. It's not that they don't recognize the importance and value of community, they just don't see a need to place geographic limitations on it.

Home is where people come from, but you've become a person of the world.

Depending on the person, "home" can mean a number of things.

When most of us refer to home, we mean the area where our families are and the general region we grew up in.

For people who have traveled far and wide, home becomes a more intangible concept.

It's not that they don't find comfort in the familiar, but that they find themselves having an inexplicable desire to be in multiple places at once.

They want to be everywhere and nowhere. This strange feeling is a product of seeing the world as your community, and it's just one of the wonderful byproducts of travel.

Traveling opens your eyes to the fact that regardless of the disparities of our various cultures, the vast majority of humans simply desire to find happiness and peace in their own harmless way.

Most of all, you come to the realization that borders, geography, history and culture should not be utilized to perpetuate separateness. Concurrently, you learn no nation is immune to a certain level of ignorance, and it's hardly a reason to condemn an entire people.

We fear what we don't know, and attack and insult what we can't comprehend. This is precisely why travel is so important, as it's the greatest enemy of ignorance and hate.

Through travel, you begin to see the world as a unified and dynamic hodgepodge of diverse and beautiful people.

As a species, humans share an inalienable connection, which is too often forgotten. Traveling opens your eyes to that elemental bond.

If more people traveled, they would begin to see the entire planet as their home. In turn, the world would be a far better place.