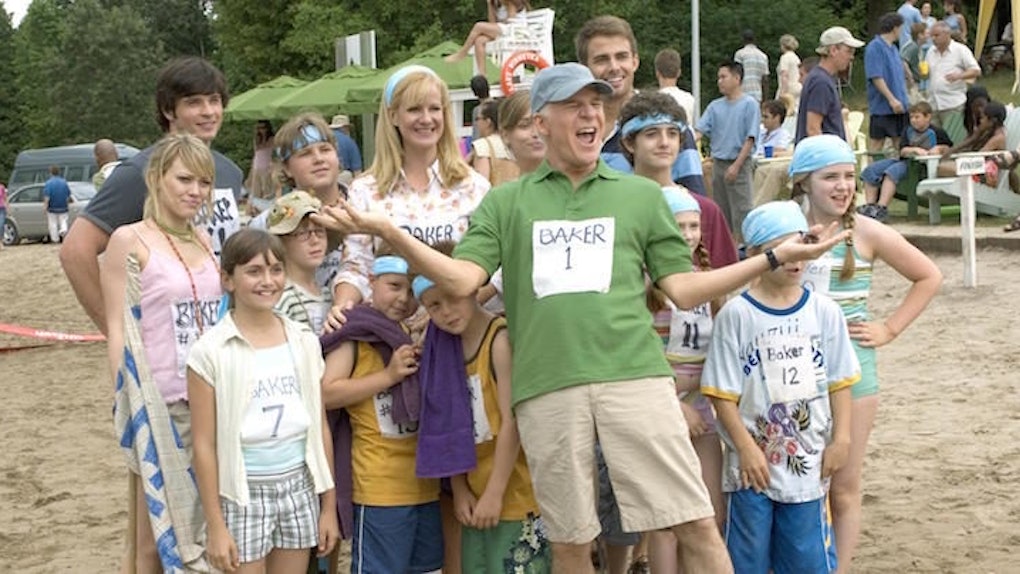 No Chill: 5 Reasons Traveling With A Big Family Is Actually Impossible

There are certain things you learn when you come from a big family.

You know hiding your leftovers is mandatory if you ever want to see them again. You learn alliances will be made and broken. (One day, you're teaming up with your sister, and the next, she’s ratting you out over dinner.)

Most importantly, you learn how to take care of each other, even though your family drives you crazy sometimes.

I’ve found one of the hardest parts is traveling. Often, it feels like vacationing is impossible with a large group, and here’s why:

1. WHY IS EVERYONE YELLING?

I don’t know why, but someone is obligated to be yelling at all times. I don’t realize we’re yelling while in the comfort of our home, but it becomes embarrassingly apparent when we hit the road.

The problem with this is, your family is yelling in public now. It doesn’t matter if it’s in a restaurant or on a historic tour of our country’s battlefields, a vacation wouldn’t be a vacation without a crisp argument piercing through the nearly silent room.

You begin to grow accustomed to strangers’ stares. This couple is on their honeymoon, and all they can hear is your parents fighting over finding a bathroom.

The only time it gets worse is when you get into some sort of sibling fight, and you start going back and forth in code about things that happened over five years ago.

2. Every employee of a public establishment hates us.

I became acutely aware how difficult big families are after working in the fast food industry.

Usually, two people in the group are pouting because they didn't want this restaurant. They end up taking forever to place their order. We, again, are usually pretty loud and need to be seated at one of the few big tables you have, meaning you need to wipe it down while we hover awkwardly near you.

One parent will wait in the line of a gift shop checkout, and each family member will pass the items they want off as the parent gets closer and closer.

What started out as a simple two-item purchase quickly turns into 15 items. Then, we end up coming back later because someone changed his or her mind, and decided he or she should get that one really cool thing that was forgotten.

3. You end up fighting with someone.

There are always two in the family who, when hungry or sleep deprived, have at it.

You left for the airport at 6 am, and since you were running a little late, the parents didn’t want to stop for food. Squished in a car next to your siblings, it’s impossible to not start something.

I have two 19-year-old brothers who still find it amusing to poke me while I'm trying to sleep, and then blame it on each other.

There's something different about the level of annoyance you can reach with a sibling. It’s like they have some sort of leveling up power that makes every word out of their mouths that much more aggravating.

Remember in high school and/or college, when you got stuck in a group project and no one could make a decision about anything? That’s what traveling with a big family is like.

For whatever reason, your dad and brothers cannot stop obsessing over the “manly” things, like historic guns and swords. Meanwhile, all you want to do is go to the butterfly gardens with your mom.

No one wants to split up, though, because this is supposed to be quality time. So, in the end, we all end up doing at least one thing we don’t want to do because (I guess) we love each other or something.

I don’t know. All I do know is you can only look at so many guns before you just start going, “Yep, that is definitely a gun, definitely a pretty old gun right there.”

5. You are not meeting anyone on this trip.

This isn’t that big of a deal because normally, anyone you meet on vacation is a fling anyway. But it's definitely harder to spit game when the person who birthed you is standing 10 feet away.

Even when you get to do cool things, like go to the bar with your parents, it's almost like there’s a force field around you that says, “Hey, this is a family vacation.” As it should.

If anyone has perfected the art of flirting in front of their parents without it being awkward, please let me know because I have not.

Here's a bonus: We brought the grandparents. Big mistake.

Now don’t get me wrong; I love my grandparents. They are hilarious.

However, they also get to control the entire vacation when they tag along, which means potentially leaving the restaurant you've been dying to go to because it’s “too cold.”

I will always appreciate having my grandparents around, but it is definitely a whole new ballgame trying to travel with them.

At least then, we have an excuse for all the yelling.