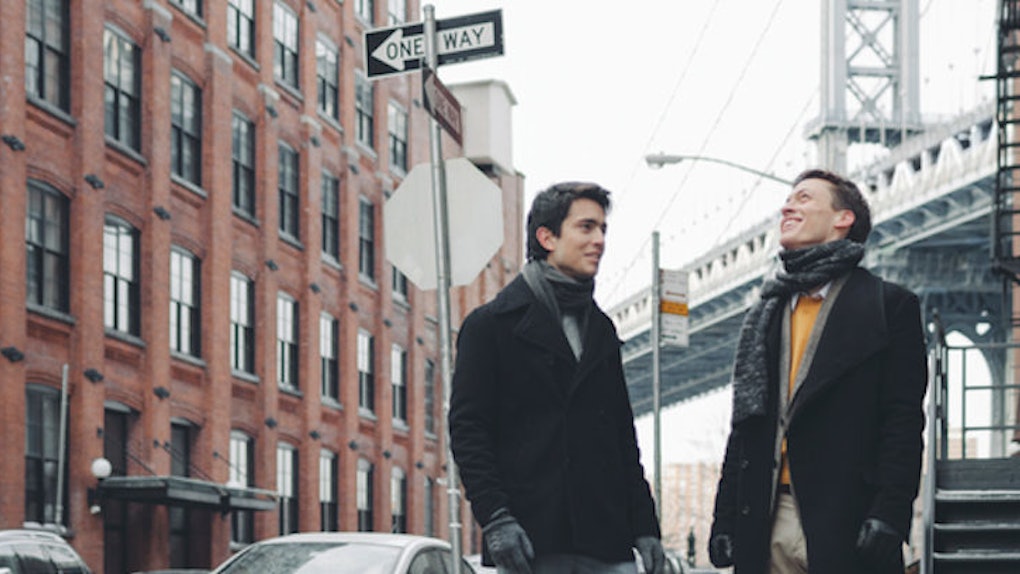 5 Times I Should Have Spoken Up For A Stranger, But Didn't

As children, we're incessantly told to stay away from strangers.

This outlook has permeated my adult life, and it's caused me to be wary of people I don't know.

However, there have been many times when I've been tempted to reach out to strangers around me, but I've abstained from doing so.

Instead of approaching these individuals, I've turned a blind eye time and time again, and I've left many words unspoken.

Here are five times I should have reached out, but missed my chance:

1. To the woman crying on the subway:

When you see someone crying in public, your first instinct is to avoid eye contact.

But when I saw a woman about my age sitting alone on the subway and crying softly, I instantly felt a pang of sadness.

It was as if I needed to reach out and tell her everything would be okay.

Not long before this, I had been the woman crying on the subway.

My boyfriend had broken up with me, and I would often become overwhelmed with the thought of it while commuting to and from school.

When you get to the point of crying on public transit, you’re not exactly taking note of what other passengers are doing.

It doesn’t matter if they’re staring at you or paying you no attention. All that matters is dealing with the devastating thoughts taking over your mind.

Minutes ticked by, and subway stops came and went. But, I stayed in my seat, feeling guilty about not approaching her.

At the time, I told myself I didn’t want to embarrass her.

Eventually, my stop came, and I continued on with my life.

I sincerely wish I had said something to her to offer some semblance of hope. They are words I regret withholding, and I still wonder what happened to her.

Maybe I couldn’t have made whatever was hurting her go away, but there is the possibility that reassurance from someone you don’t know can make your heart a lot lighter.

2. To the cute guy I always saw smiling at me last year, before my Wednesday class:

Yes, I saw you smiling at me each week as I waited outside the lecture hall for the previous class to let out.

I felt shy and awkward, and I didn’t know what to say. I also wasn’t sure if I was ready to actually flirt with you.

Months later, I still ask myself, "Why does it hurt to say something, especially to a cute stranger showing interest in you?

He could have been a new, great love for all I know. He may have even become a great friend.

3. To the guy in my statistics lecture, with the sad eyes and scars on his wrists:

From the moment I saw him, I wanted to ask him if he wanted to talk.

He had huge scars all over his pale wrists, and he stared through dejectedly vacant eyes. I could tell he was emotionally lost.

As a concerned human being who has both seen and experienced the repercussions of depression, I felt I needed to do whatever I could to help him.

Each week, I thought about what I could say to him that would make any positive, lasting impression.

But each week, I decided I would say it the next time.

By the end of the term, nothing was said, and I told myself it was probably better this way.

What if it wasn’t, though? What if I could have helped?

My words of encouragement could have prevented the possibility of things getting even more difficult. I know I should have said something, but I never did.

4. To the man beside me on the train with a wedding ring, texting his lover:

While on the train, I was covertly reading my seatmate's text messages.

They were texts to his lover (as I discerned from reading off the screen), and they were exchanging messages about when they could meet next.

His lover was a man.

My neighbor seemed to almost glow as he wrote his responses, and he was completely besotted with his cell phone for the hour-long trip.

When I saw his messages that discussed working around times his wife could potentially find out, I noticed, for the first time, the wedding band glinting on his left hand.

"This man shouldn’t be cheating on his wife. You should pretend you never saw any of this."

"This man clearly is in love with the person he's texting, and he is (potentially) hiding this double life from people close to him."

"I want to tell him to follow his heart and be with the person he feels he belongs with."

Now, it seemed extremely inappropriate to inform the man I had been reading his private messages over his shoulder.

And it would have been even worse to then proceed to tell him how to live his life.

But, I still can’t help but wonder if he might have done something about his situation, had I been honest with him.

5. To all the homeless people I see downtown, most of whom I overlook:

I feel the worst about this because I often pretend homeless people don't exist, for the sake of making myself feel better.

As a student who attends school in downtown Toronto, it's unsurprising I see many homeless people on a daily basis.

These are the kinds of people we are often most wary of.

They are the embodiment of the strangers our parents warned us about, and oftentimes, their appearances serve as a means to validate this instilled fear.

There are times when I feel inclined to do more than just walk by and pretend I never heard them speak.

In order to improve someone's day, sometimes simple words are all that are needed.

We must practice empathy.

Acknowledgment of those who go unrecognized and undervalued on a daily basis could make a massive impact on their lives.

These people also need others to speak to. They have voices, and giving them the opportunity to tell their stories is the perfect way to do this.

I believe there are always situations where reaching out to a stranger could truly change the person's entire life.

As clichéd as it may sound, humans depend on one another.

It's our job to reach out and connect with others, to better both their lives and our own.