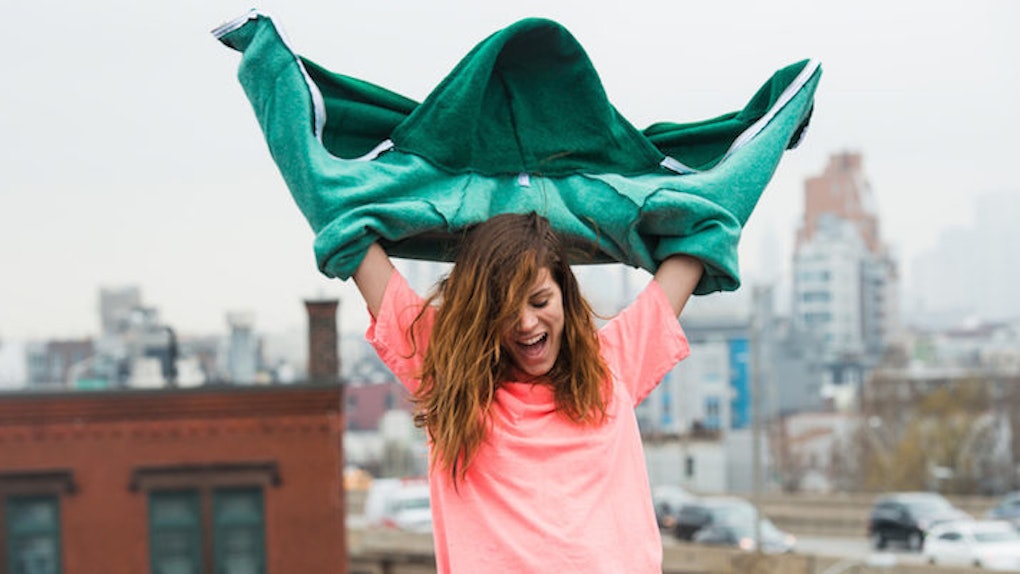 How, One By One, I Deleted Each Of My Social Media Accounts

I recently just deleted my only source of being in touch with the "real world:" my Instagram.

The reason this is such a big milestone for me is because I had already gotten rid of Facebook and Twitter easily.

When you have something but don’t truly want it, it’s easy to get rid of.

I was the culprit who had the 5,000-second Snap story of drinking and dancing like a moron to club or bar music with randos I’ll never see again, or of some inside joke none of my followers would understand except my friends.

I realized no one really cared about most of the stuff I was documenting, and they shouldn’t.

Why should you care if someone is having pizza for lunch, taking a trip to Spain, dancing at a club or hanging out with his or her friends? You have your own life to live, with people you actually know and care about.

It was the hardest for me to delete.

I had to ask myself why I was having such a hard time letting go. The reason I liked the app in the first place was because I have an interest in photography.

However, as I looked deeper into my obsession, I realized I had kept Instagram because of the likes. People always told me how envious they were of me.

People wanted to be me, and they told me so.

Then, as I was pondering over this, I realized I didn’t want to be known as that person anymore.

When we die, no one will stand in front of our graves and say things like, “Here lies Chandni Patel. She got 532 likes on that picture of a chai tea latte from Starbucks. That really reflects how great of a person she was. She will be missed.”

In other words, no one will care if you were rich, popular or successful. They won’t talk about how many shiny cars you owned, how many people you slept with or how much money you earned at your hotshot job.

These things are magnified by society, but seem to be the most trivial things in life.

It’s all about the image, isn’t it? That’s what I realized I was doing.

I was going places to take the perfect sunset picture. I was trying new food, only to Instagram it later. I was living a partially-staged life in order to construct this false image.

The addiction began when people started to believe the image. I would always get text messages saying people wanted my life and wanted to be me.

They asked how I could be so glamorous, fun, pretty and adventurous.

The truth is, I was none of those things. No one is.

No one knew that after I posted that picture of the perfect ice cream cone, I went home and stared at my body in the mirror, willing it to look different.

No one knew that after I posted the picture of the perfect sunset, I had a breakdown because I was about to lose one of my best friends.

No one sees I don’t have a great relationship with my family, I’m struggling to find a job or I suffer from depression and anxiety.

Those truths might make you uncomfortable, but they are my reality.

They are also some form of reality for every person who posts a picture on Instagram. Everyone has some issue he or she has a hard time dealing with.

But the way our world has adapted to social media forces us to not show our weaknesses, but instead flaunt our strengths (or the illusion of our strengths) in everyone’s face.

To that, I’m finally saying, "No thank you."

It’ll be hard to get used to a life where I’m not getting validation from others.

I don’t have the pressure of taking a picture or looking cool; I can just live in the moment.

I can actually listen to what my friends are saying, and be present in a way I haven’t been able to be in a very long time.

No one will know what I’m doing. I won’t be responsible for someone’s envy, jealousy or hate.

I will tell the people I love everything through text or over a phone call. I will meet with people in person (gasp!) and talk about my adventures. I will be excited to hear about theirs, too.

When I’m lying on my death bed, I imagine this decision I’ve made will allow me to picture the most important moments of my life with clarity because the distractions of social media were not available to me.