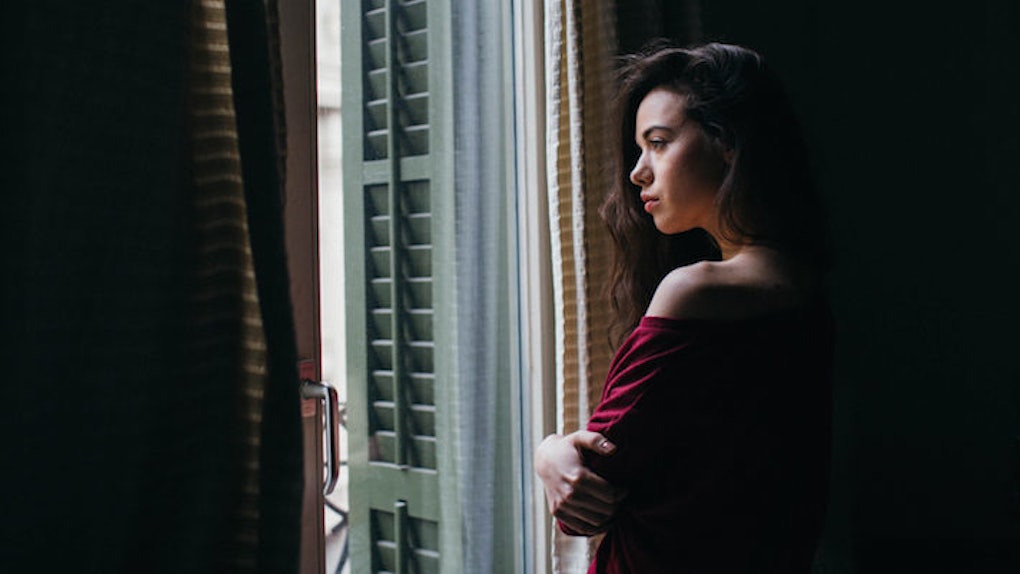 On a Friday night, my life was changed forever.

I can’t help but think of Katy Perry’s song, “Last Friday Night,” where she famously says:

Do it all again this Friday night.

But I wouldn’t. A handful of Fridays ago, I was raped. I wasn't wearing anything inappropriate, I didn't ask for it and I wasn't sober.

I ended up being somewhere where I shouldn't have been. I was at a then-friend’s apartment, and everything went downhill from there.

To make matters worse, I was a virgin. All I remember was asking to sleep on his couch, but we didn't end up there.

I can remember roughly three to five minutes of sex, and the rest is all a blur.

Then, it was 3 am, and I had to throw up. I felt awful; I was naked and cleaning his floor with Windex.

After that incident, I blacked out.

When Saturday morning came, I rolled over and just said,

He asked if I was mad at him, and I said, “No.” I hadn't processed what had happened to me yet.

He then asked me if I wanted to have sex with him again, and if I would give him a blow job and take a shower with him.

Clearly, he knew what happened the night before, which disgusted me. All I wanted to do was leave. My main concern was going to CVS and getting Plan B to be safe.

We both went to CVS, and the shame was seeping out my pores. When it came time to purchase the pill, I paid. To make matters worse, he didn't even offer.

After leaving the store, we both went our separate ways. He looked like nothing was wrong, and I was a disheveled mess. My hair was going every which way, and I wearing the same dress from the night before and carrying a CVS bag.

This was the ultimate walk of shame. I knew it existed, but I never thought I would let myself get to that point. I started to cry. I didn't know what to do; this was definitely not the “stride of pride.”

Exactly a week after losing my virginity, I noticed bumps and a burning sensation when I peed. I thought it could be a UTI, but the Internet had me convinced otherwise.

I called my uncle who’s a doctor, and I asked about UTIs. He told me there’s no way it could be with bumps, so I told him everything. He was adamant it was herpes, and he made me go to the hospital.

I didn't want my mom to go to the hospital with me. I couldn't bear the pain of seeing her cry because of the possible outcomes of this hospital trip. I went with two of my friends, and we were in the hospital for three hours.

I did a urine sample, a swab and blood test.

You’ll have to wait a week to get your results back, but there is a possibility this is herpes.

I just started to bawl.

Herpes is a disease that lives with you forever. You never know if you’ll have an outbreak, or how bad it will be. I'd have to tell every future person I slept with about the disease, and I could potentially put my children at risk if I deliver vaginally.

I received my results in four days. The doctor confirmed I had type 1 herpes, which is an oral form that can turn into genital.

I was so confused. I did not sleep with anyone else, and I didn't do anything else with another guy. I knew it had to be him. I called him to tell him the news, and he denied it. He told me he got tested, and his tests came back negative.

The only reason I am writing this is because I want to be a broadcast journalist. I am in the field of journalism, and this is what I do. When I don't want to talk about something, I write, and it makes me feel better.

I know things will pass, and I will be myself again. But, I like to believe I'm handling this pretty well, despite what my parents may think.

I just want other women who think, “this will never happen to me,” to know it can.

I was that girl. I had strong morals, and I wanted to wait until I was dating a guy I was crazy about.

I did not want to lose it to a guy I met at a party. I also never expected myself to be the subject of a walk of shame and to get an STD.

Women, be aware that even if he has a condom on, you can still get an STD. Through out all of this, I learned there’s nothing I can do right now because everything is done; it's in the past.

The only thing I can do is to continue at my school, work hard and not let herpes define who I am.