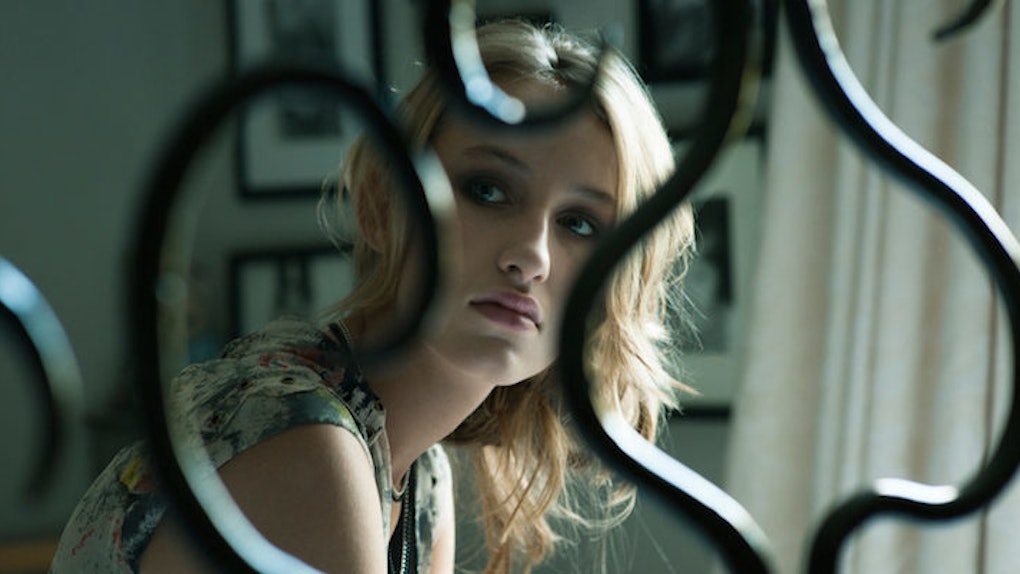 Never Really Gone: 17 Ways The Person Who Broke You Still Impacts You

Once broken, always broken. That goes for everything and everyone.

No matter how well you glue everything back together, the remnants of the pain and injury will forever remain.

This isn’t necessarily a bad thing. Without pain, you can never learn.

Without cracks and scarring, you would forget everything you learned.

The truth is you never truly let go of the one who broke you, who tore you to bits and showed you how dark love can be.

There are plenty of ways the person who broke you still influences your life today. Here are 17 of them:

1. You’re overcome with emotion, if only from time to time.

Sometimes you manage to keep him or her and your history out of mind for lengthy periods of time. Other times, you can’t seem to distract yourself for long enough.

Having been broken once is enough for you to experience recurring pains -- even if those overwhelmingly emotional experiences are months apart.

2. You look to all the good times when times get hard.

This person did break you but only because those bad times were in such high contrast to all those good times.

It’s the whiplash that got to you… yet you still reach back in time and pull out some of the most pleasant memories -- especially when your current reality needs some comforting.

3. You measure everyone else by all the things you loved about your ex.

Sure, that individual destroyed you but only because he or she seemed to be such a great fit.

That person treated you well -- at some point or another -- and the way he or she treated you during those good times is exactly how you want to be treated. But not just part of the time, all of the time.

4. You learned what you'll accept and what you won't.

You measure everyone you date against the one who broke you -- both good and bad. You know no one is perfect, but you also now know your limits.

If the person your dating's less than ideal side is less than acceptable, you won’t hesitate to cut ties -- not this time.

5. You dismiss potential relationships much sooner than the average person.

You were in love. You know what it feels like, and sadly, it isn’t something that can be faked or supplemented. If it isn’t love, you’re leaving.

6. There’s a good chance you’re still trying to fill those cracks -- most likely by less than ideal means.

You may have picked up some poor habits along the way, post-breakup. Or you may be only occasionally indulging in those poor habits.

Either way, if you were broken, then you’re going to try and figure out a way to patch yourself up. Which unfortunately, isn’t usually an easy task.

Of course, that’s not true. Although, those calling you pessimistic probably haven’t. Because if they had, they wouldn’t be so optimistic.

8. You know the next time you fall in love, you’ll make it work.

...Or at the very least, you won’t be the reason things don’t work.

You now have a much better understanding of what it takes to make a relationship work, and assuming you were the reason things didn’t work out -- if only partially the reason -- you know in your heart you won’t make the same mistakes.

Those mistakes hurt too much for you to risk making them again.

It’s not that you don’t appreciate other people, you just don’t really care. You’re there for those who matter to you most, but everyone else could not exist and you would barely notice.

Since the moment you were broken, you became your first priority.

10. You’re likely to be even more driven than before.

Either that or you’re on your way to rock bottom. Being broken by someone who you loved will lead you to extremes -- whether good or bad depends on you.

You’ll either be motivated to pursue your other goals or motivated to ruin your life. Either way, you’re making big changes.

11. You respect yourself more.

You were hurt -- very hurt. Likely more hurt than you ever thought you could be. You were mistreated and disrespected.

You realized the only way others will respect you is if you demand respect -- and that starts with respecting yourself.

12. You consider the possibility true love doesn’t exist, but every fiber in your body hopes it does.

All those fairy tale thoughts you once held on the perfection of love have long withered away. You know you were in love, and you know it ended very badly.

Nevertheless… you were in love. That means it’s possible to find true love once again, isn’t it?

13. You think about second chances.

This isn’t always the case, of course. Sometimes we were broken and realize how silly we were for ever thinking he or she was the one. But sometimes we know it was just the timing.

You know if you had another chance, you could make it work. Yet, at the same time, you feel exhausted and just want to move past it all.

14. When other relationships don't work out, your mind goes back to the one who broke you.

You were distracted for a while, but being the reference point that this person is, your thoughts shift back in his or her direction.

15. Some of the most basic, everyday things you do are influenced by that person's memory.

You catch yourself doing things the way you’re doing them because you know that person would have liked it done that way.

Even worse, you realize you started to like them done in the exact same way.

16. Even though you've healed, there will always be scars.

Maybe forever. You don’t know because there is no way of you knowing for sure.

All you know is, for as long as you have a functioning memory, that individual and all he or she meant to you will be with you.

Even if you meet another, everything the two of you share will be built atop of what you and this stranger used to share.

17. You know that you found true love once; you can do it again.

Now you know it’s possible. You likewise know it won’t be easy, as being broken isn’t something you can ever truly forget.

But you know it can happen. And dammit, you’ll make sure it does happen.