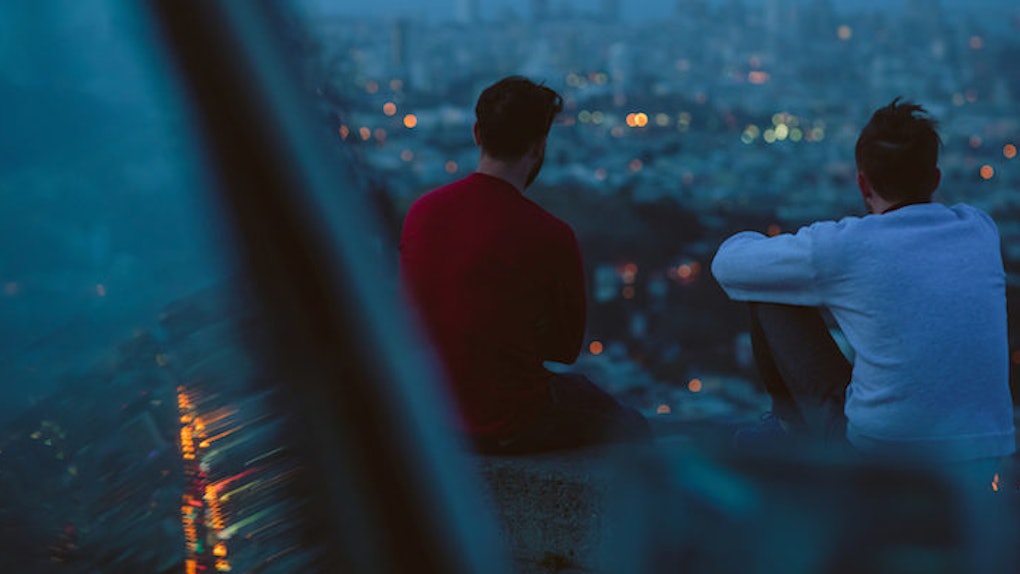 Observations Of Addicts: What I Learned From Friends Who Self-Harm

There are different forms of addictions and relationships.

In my case, my best friend in high school was addicted to self-harm, bulimia and the idea she would never be good enough.

In high school, people often deal with a lot of self-esteem issues. It has something to do with the whole “finding yourself” aspect of high school.

Different people deal with “finding themselves” in different ways.

I dealt with it by changing the colors of the rubber bands in my braces monthly and by wearing dorky glasses.

Some people dealt with it by throwing rad parties, where they stole liquor from their parents’ cabinets and had sex in some random person’s bed.

Sadly, other people dealt with it in more harmful ways.

It wasn’t only my best friend who turned to self-harm as a release from her discontentment with herself.

One of my high school boyfriends had problems with self-harm, and two of my other friends did as well.

The question I always asked them was, “Why would you want to hurt yourself like that?”

He said, “Because physical pain hurts less than emotional pain.”

A lot of the time, issues with self-esteem start small.

You’re not happy with yourself, and you don’t think you ever will be. So, the thought is quietly in the back of your mind.

Slowly but surely, it grows louder and louder until you can no longer ignore it. That’s when the actions start.

The actions start small, too.

They start with a rubber band around your wrist, and you constantly snap it on yourself.

Then, you become numb to that. You look for something else to hurt yourself, so you can feel it again.

You start with a knife in your kitchen, and you make your way up to the razors you find around the house.

It takes a lot for someone to be completely content with his or her body, but people deal with it differently.

Sadly, in this period of finding themselves, people often deal with their weight the way they think is the easiest: bulimia.

The concept of bulimia seems easy because you just have to purge everything you eat.

Doing that, however, doesn’t allow for you to lose the weight you gained before you began purging.

Purging also messes up your insides. You don’t eat very much, but you purge anyway.

So what ends up coming up is stomach acid and blood.

The thing is, even though a part of you knows making yourself purge is hurtful, it’s a thrill.

The numbers on the scale are going down, so why stop?

The feelings people get from bulimia and self-harm are dangerous and addictive.

My best friend says there was a time when she was purging 60 times a day, and she has over 500 scars on her thighs from razors.

Her addiction to self-harm and purging also affected me immensely.

I began feeling like I wasn’t good enough because I couldn’t help her get better.

Today, she is healthier and stronger than she has ever been.

But at the time when self-harm and purging were at the center of her life, I didn’t think she’d make it to see another day.

All addictions put a strain on the relationships you have with the people around you.

They notice when something is up, and when they find out what that something is, it often blows them away.

Whatever your addiction may be, the one thing to remember is you are not alone.

Even if it feels like the entire world is against you and you have no one, I promise you have someone.

It just comes down to finding out who that someone is. This person will help you turn your life around.