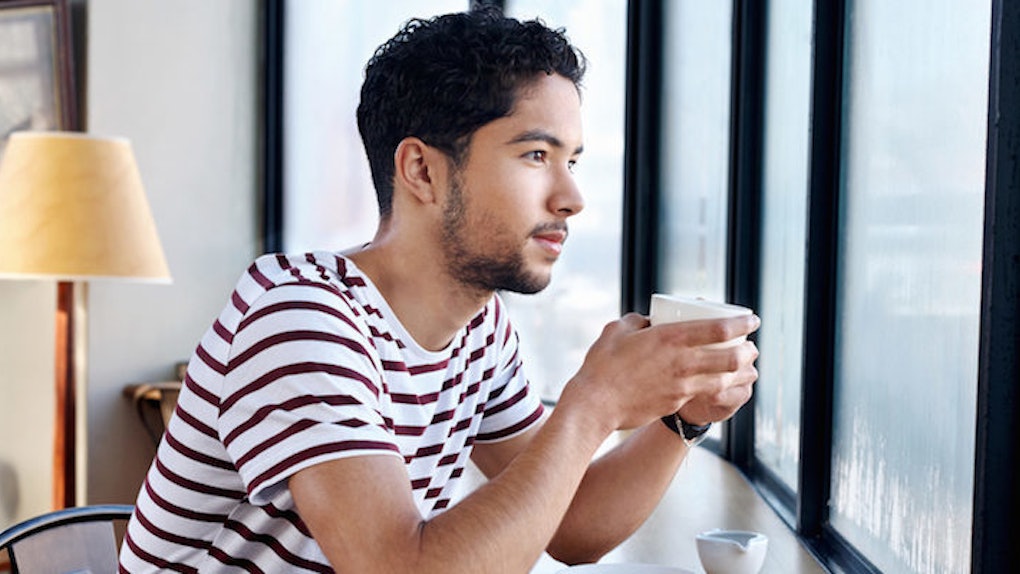 Once you graduate from college, it’s important to break out of your typical undergrad tendencies.

You want to get a secure, full-time job, so you don’t have to eat Ramen Bolognese anymore.

You want to have enough money to pay your cable bill, so you can DVR as many episodes of "The Price Is Right" as you want.

You want to have an apartment with a bathtub you can actually bathe in, so you don't just use it as a giant ice bucket for a keg.

But some of those college tendencies are tough to shake. For me, one of the toughest habits to break after graduating from college was consuming alcohol like I was still a college student.

It’s not until you graduate from school and step out of that "college bubble" that you realize playing four hours of beer pong on a Thursday night just can’t happen anymore.

When you graduate from college and start your 9-to-5 life, you really understand the concept of living for the weekend.

There are no more furlough days when class gets canceled on a Wednesday, and so you can't rage into the early morning on a Tuesday night.

You can’t stumble into work on a Monday morning in the same manner you would an 8 am lecture, with your hair disheveled and sunglasses on.

During the work week, you have to conceal those drunken college tendencies deep down within yourself, the ones that are only to be released when the clock strikes 5 pm on Friday.

Once the weekend starts, you attempt to cram a week's worth of drinking into 48 hours.

I did the same thing, weekend after weekend, for years after I graduated from college.

Once the work week was over, it was time to grab some dinner, pick up a 30-pack of Coors Light, take a quick shower and call up my dudes to figure out where we were going out.

Saturdays would consist of recovering from the previous night of drinking, just enough to start again for another night of shenanigans.

It wasn’t until the beginning of this year that I completely changed my weekend drinking habits. I made a resolution to not drink for 30 days, and I stuck to it.

Those 30 days taught me I didn’t need to live for the weekends anymore, and I had no reason to drink like I did in college to enjoy my weekends.

I could replace my drinking with activities or hobbies that were going to make me a better person financially, emotionally and physically.

But, it did eliminate that Sunday morning feeling of regret, when you check your bank account and realize you just spent half your rent on a weekend of drinking.

I was so used to spending $200 a weekend on drinking, I had carved out a part of my budget for alcohol.

But when you’re in the moment and offer to buy a couple of rounds of drinks for your friends, that alcohol budget shoots up quickly.

Having this extra money I was no longer spending on alcohol allowed me to become more financially successful. More money is more financial stability.

I was using my alcohol fund to invest in myself, not on a night of debauchery. I was using that money to secure myself financially, both in the present and for the future.

2. I transformed my body.

I’ve always been an active person. Whether it's playing basketball, surfing, hiking, mountain biking or going to the gym, physical activity is important to me.

I set goals for myself to get better, stronger and transform my body.

But my college and post-college drinking habits shifted the motives behind my reasons for working out. The goal of riding farther on my bike or catching a bigger wave disappeared.

My motivation for working out was now strictly to counterbalance the amount of alcohol I knew I was going to drink during the weekend.

Removing any alcohol intake for 30 days brought me back to my true motivation for working out. In just 30 days, I saw how fast and drastically my body changed.

I didn't wake up hungover on the weekends. I was able to get up early, go work out and start my day in a healthy, positive way.

Taking this alcohol hiatus allowed me to become more physically successful. I was lifting more in the gym, I was riding my bike farther than I ever had and I was more focused on my nutritional intake.

Physically, at the age of 26, I felt better than I had in my entire life.

3. My emotions were finally under control.

Take a moment and think about the top 10 most ridiculous things you’ve ever argued about with someone.

Whether it was with a friend or your significant other, there’s a good chance this type of heated argument started during an event where alcohol was involved.

Your emotions are amplified when you have a couple of glasses of Merlot in your system.

You transform into the captain of the debate team, and you’re not going to give up your point of view until you crush the other person’s opinion into a pile of crumbs.

Eliminating alcohol for 30 days got rid of these crazy highs and lows many of us have when we drink. No alcohol meant no arguments about how I’d rather go get pizza than a burrito at 2 am.

There were no shouting battles with strangers because I accidentally bumped into them at the bar, and there were no unnecessary quarrels with my girlfriend or friends that left me angry at the end of the night.

I no longer woke up the next morning and felt like an idiot because of how petty the argument was.

Now, I wasn’t using alcohol to enhance or block my emotions.

I never purposely drank alcohol to drown my sorrows or amplify a moment of happiness, but alcohol inadvertently changed the way I felt or responded to different situations.

By removing alcohol, I was able to get in touch with my true emotions. I understood what truly made me happy.

I wasn’t trying to avoid negative conversations or negative situations. Rather, I dealt with them head-on.

Overall, I felt more successful emotionally, and I was able to carry that success beyond the 30 days.

4. This is what happened when the 30 days were over.

Now, this isn’t a cry to all of you to stop drinking. This isn’t a sermon, praising me for my good deeds or looking down upon those who drink.

After my 30 days of not drinking alcohol, I did have a drink to celebrate.

I still have a beer or two on the weekends. I still enjoy a glass of whiskey and a cigar on those special occasions.

But not drinking for 30 days taught me a lot about how I don’t need to drink like I’m an 18-year-old college freshman anymore.

If you’re still raging like a frat boy on the weekends, give it a break. Ditch the way you used to drink in college. Try taking a weekend or two off from drinking, and see how you feel.

You may finish that book you never read. You may start training for that marathon you've always wanted to run.

You may discover something new about yourself, and it could help you to become a more successful you.

Change is elemental for success. Don’t be afraid to try something new.