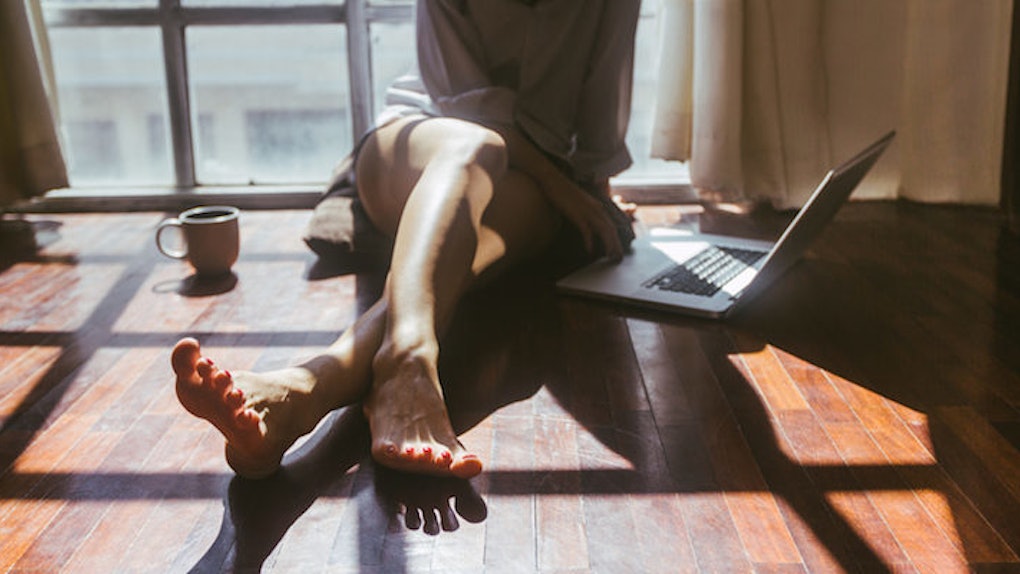 How Decluttering Your Space Can Set Your Goals In Motion

At some point of time or another, we've all complained about our jobs.

We've all complained about how, even after working almost 40 hours a week, there's still a paucity of life's basic comforts.

With stress levels reaching new heights every day, we take a look at a healthier approach to life: minimalist living.

"Why should I watch it?" I would ask anybody who used to recommend it to me.

The answer was always the same.

Nobody used to talk about the star cast, the director or the story.

They all used to say the same thing: "Watch it. It'll change your life."

Ten minutes into the movie, I was still trying to make sense of it.

Twenty minutes later, it was effectively questioning every capitalistic aspiration and ideal of mine.

As a self-proclaimed capitalist with a never-ending lust for anything good money could buy, I was feeling challenged by the film.

People today swear by Tyler Durden. They find him supremely cool and suave.

A guy living in a run-down house with the bare minimum of necessities, a limited water supply, no cell phone or extensive wardrobe has become a screen idol to millions.

The way he damned the very notion of using materialistic goods as a parameter to measure your personal well-being and happiness is what has earned him millions of fans.

You see, Tyler Durden is a rebel.

Unlike us, he's not a slave to his cravings. He's free.

He doesn't dream of buying a new cell phone or an expensive pair of sneakers. Unlike us, he knows no matter how hard we try, consumerism will always be a step ahead of us.

We can never buy the ultimate phone, car or clothes. There'll always be a better version of what we have.

Everything we buy whets our appetite until a better version is released.

Our greed has made capitalism a self-sustaining phenomena.

It doesn't need us; we need it.

Tyler refused to bow down to these very cravings. He'd conquered them.

In a society driven by greed, he stuck out like a sore thumb.

Things you own, end up owning you. It's only after we've lost everything that we're free to do anything.

He had a very valid point.

We love to pile up things.

A movie might be sitting in our hard drive for ages, and we might be sure we'll never watch it. Yet, we won't delete it.

By their 20s, they had a nice pay scale, a luxurious house and enough resources to satiate their desires for ages to come.

Yet, they gave it all up by the time they both turned 30.

On their website, Joshua and Ryan talk about how material goods brought them nothing but fear, anxiety, stress and debt.

For most people, giving up all they've earned is nothing but economical trauma. But for Joshua and Ryan, it was their only way out.

Perhaps they realized all the goods they'd acquired were nothing but tangible proof of a life being wasted by trying to pursue more of them.

So, is minimalistic living the way to go?

There's no questioning the fact more and more youngsters are now looking for ways and means to set themselves free.

They are now waking up to the knowledge possessions should be a byproduct of something you enjoy doing, not the other way round.

What exactly does minimalist stand for?

Does it mean you renounce all worldly possessions and go on an austerity drive?

According to minimalists Joshua Fields Millburn and Ryan Nicodemus, giving up your possessions is only one of the components of minimalistic living.

It's about decluttering your life.

No matter how fantastical it might sound, conquering your desires and living on the basic necessities of life actually empowers you.

It gives you a sense of confidence that your personal happiness doesn't have to be a direct consequence of your bank balance.

Suddenly, you distance yourself from the herd. You find objectivity in your life.

The very idea of not running after material sources of happiness might not sound all that alluring or marketable. But, it does give you a lot more power over your life.

You feel powerful when you realize you finally have the time and capacity to make choices for yourself.

In an era where advertising is omnipresent and every other product is pleading us to buy more and more, one needs guts of steel to say no.

We're programmed to save for a rainy day and to secure ourselves.