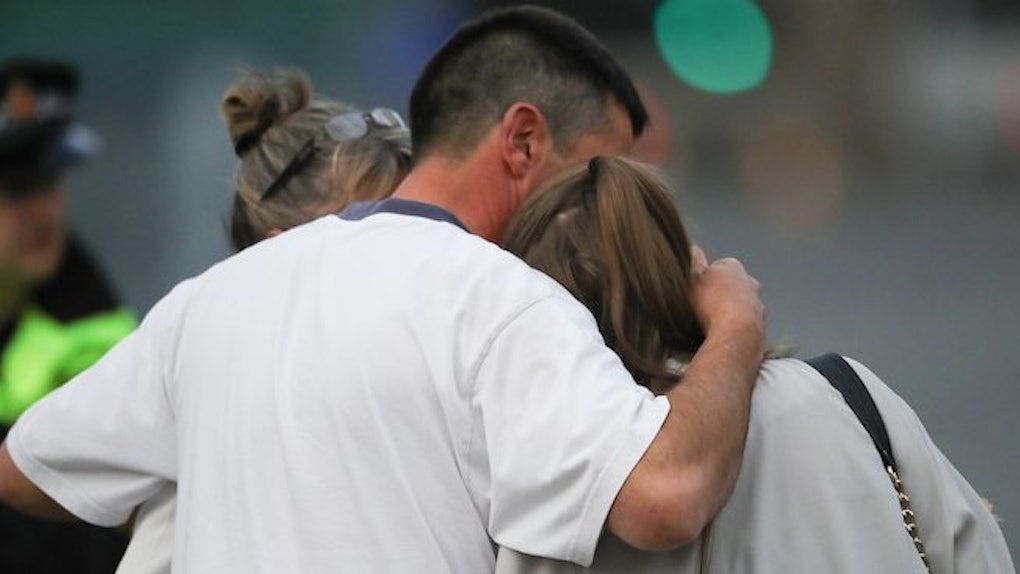 Why Islamophobia Is The Wrong Response To Ariana Grande Concert Attack

On Monday night, a suspected terrorist set off a bomb inside a crowded Ariana Grande concert in Manchester, England. So far, 22 people have been killed and 59 injured, including children. ISIS, a Muslim extremist group, has claimed responsibility for the attack, but there has been no further proof of the culprit as of yet.

So far, the only concrete information about the assailant is that he was a lone attacker, and was carrying a IED (improvised explosive device). He died at the scene.

Many are rightfully grieving over the lives of innocent people being senselessly taken in a ploy to spread hate; another emotion shared among many is anger.

President Trump has already spoken on the incident, dubbing the terrorists "evil losers."

He said in a press conference,

I won't call them monsters because they would like that term. I will call them from now on, "losers," because that's what they are. They're losers. This wicked ideology must be obliterated.

At this moment, no matter how divided the nation may be on Trump, most of us could not agree more with his statements about how harmful terrorism is in our society.

But people were quick to blame Muslims as a whole.

Instead of directing hate or sadness to the lone suspected terrorist, people are already blaming Muslims and proposing ideas to reprimand them.

We must be guided by wisdom and realize that the disdain we have for alleged terrorists should not be synonymous with how we feel toward people of the Nation of Islam.

For clarity, ISIS is an extremist group, and the overwhelming majority of people who practice Islam have denounced the organization. In the same way that America has had its citizens perform terrorist acts and hate crimes, other countries and groups have them, too.

Defining all Muslims by the acts of terrorists, particularly in situations where the alleged terrorists have not even been proven yet, strips the Muslim people of the humanity that we all deserve to be granted.

Islamophobia is more harmful than helpful.

Not only does Islamophobia victimize yet another group, but it is often directed towards good, innocent people who contribute to our society and our country just like we do.

We're one American family, and when any part of our family starts to feel second class or separate or targeted, it tears at the very fabric of our nation.[Muslims] are some of the most resilient and patriotic Americans you'll ever meet. Muslim Americans are our friends and our neighbors, our co-workers, our sports heroes — and, yes, they are our men and women in uniform.

Muslim individuals and groups have already shared support for Manchester.

Muslims have also been victims of terrorist attacks themselves.

Muslims have historically been harmed and even killed by the very terrorist groups that they are incorrectly blamed for participating in.

We must not let our misplaced emotions cloud our understanding that Muslims, like us, are people who do not deserve to be defined by the wrong of others.