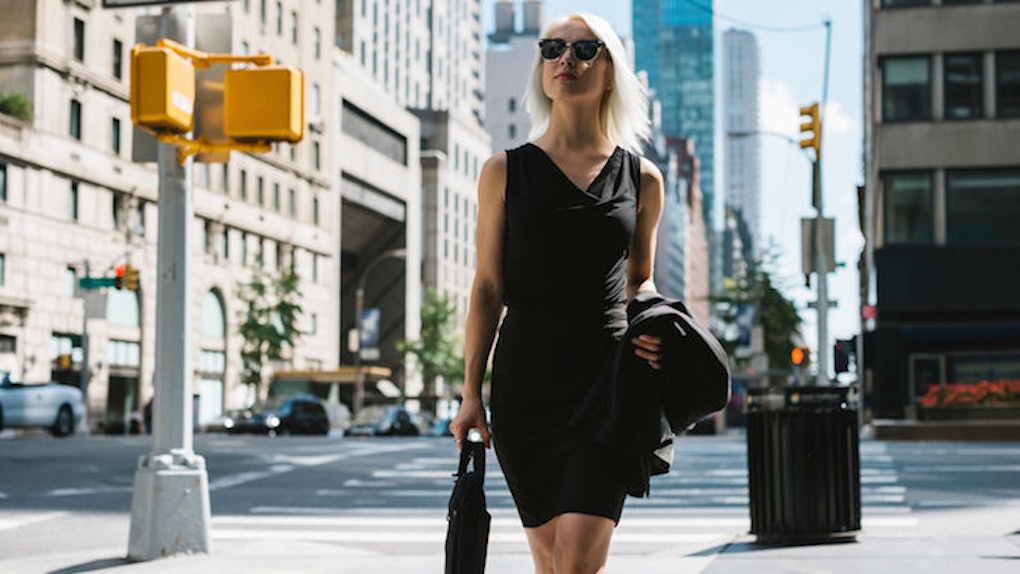 11 Reasons You Have To Be Crazy To Succeed In Life, Business And Love

As awesomely different as hyper-successful people are, they have one super-thick, unbreakably strong, common thread holding them together as a united force of nature: They’re all bat sh*t f*cking crazy.

I can hear your thoughts penetrating through the static screen of the computer.

You’re teeming with irritation, rolling your eyes oh-so deeply, once again finding yourself offended that yet ANOTHER girl is tossing around the term “crazy” with the frivolity of yesterday’s dirty laundry.

Not so fast, PC Police, because I happen to love the term "crazy" and am going to use it with a fabulous, reckless abandon through the duration of this article.

Craziness is synonymous with success, so I decided to reclaim it a long time ago.

If the ignorant masses of society are going to deem all those who unabashedly think for themselves, break free from the fashion norm and are madly burning with the blazing fire of inextinguishable ambition as CRAZY entities, well then f*ck it and f*ck them.

Let’s snatch the term out of their boring, basic fingers and re-empower “crazy.”

Look at the great expanse of human history -- haven’t all the game changers of love, life and business all been labeled crazy at one point or another in their lives?

Whether it’s love, career, art, relationships, activism or poetry -- all of these notoriously “crazy” megastars have been massively groundbreaking and undeniably successful.

After all, “madness” is the ultimate breeding ground for creativity, and creativity is the driving force behind fresh, exciting ideas.

And aren’t those “irrational” souls with stars in their eyes the ones who wind up finding true love?

The true love everyone so dreams of attaining but never finds because he or she is blindfolded by cynicism and normalcy?

Aren't the fantastic, colorful “weirdos” who speak their magnificently outspoken minds with marvelous candor of the universe the ones who become the international icons of the world?

1. Crazy people don’t give a f*ck what other people think

Crazy people are privy to the ultimate secret life has to offer: Once you let go of caring about what others think, you’re free to do what you truly want to do.

When you’re not shackled to the handcuffs of societal “appropriateness,” you will do what you please without fearing disappointing the masses.

This gives you the courage to fearlessly embark on new business projects and recklessly dive into the arms of the love of your life, regardless of his or her gender, sexuality or what your friends and family think.

2. Crazy people think outside the confines of a box

Most people reserve their thoughts into that of a tiny, minuscule, little box. A box is a square made up of four restrictive lines.

Crazy people attain the capacity to think beyond the confines of a box and instead find razor sharp edges and soft curves in everything.

3. Crazy people don't know or care what the rules are, let alone feel the need to abide by them

“Rules” were created by the imagination-less populous as a way to control brilliant, creative minds.

People who are free of independent thought vehemently fear creative creatures -- it’s the very reason books are burned and art is banned.

How can you have a thriving, authentic love life if you’re following “rules” of the relationship timeline and protocol, and it’s not working for you or your partner?

How can you be a good friend if you’re judging?

How can you be a groundbreaking entrepreneur if you’re perpetually following orders and afraid to think beyond what’s already been done?

I dare you to tell a crazy person “NO.” Say, “NO,” to a crazy, and he or she will simply take it as a challenge to prove your sorry ass wrong.

Isn’t it the undying relentlessness, the refusal to be shot down, the inability to settle and the downright confidence to keep trucking along after you’ve fallen rejected exactly what it takes to be successful in anything at all?

5. Crazy people are crazy enough to believe in themselves

It’s an insanely competitive world. The world is teeming with pools of incomprehensible talent.

When we realize how huge this world is and how many masses of people are fighting for the same job, the same person, the same dream home -- it's enough to make us want to throw up our hands and give up.

Yet there are only few who “make it”-- whose dreams come to fruition.

6. Crazy people aren't shackled by the fear of failure

The pressing fear of failure is what holds us back from ever taking a glorious risk.

We can’t imagine it’s ever going to be possible to recover after a cracked heart or the cold stone fist of rejection, so we choose to protect ourselves from love instead.

They aren’t perfectionists; they understand there is nothing in the world that can't be healed.

They recklessly dive in, while the rest of us hide beneath the comfort of our 1,000-thread-count sheets, protecting ourselves from feeling the bad -- but also from feeling the otherworldly good.

Maybe they'll up married on a beach in Fiji, or maybe they'll end up starting a highly successful customized headband company -- who the f*ck knows?

Either way, the fear of getting into "trouble" doesn’t stop a crazy from embarking on a revolution.

8. Crazy people are glittering entities with heaps of star power

When I was a little girl, I used to get lost in wonder at what exactly it was that made actors “movie stars.”

What did these mega famous entities attain -- besides talent and good management -- that made society so deeply infatuated with them?

As I got older, I realized star power lies in individuality. Their success is a direct result of the fact that they don’t blend in. They’re something different, something we haven't seen or can't explain.

Every leader of every social revolution was called “crazy.” Crazy people are unable to ignore the truth and be silenced in the face of adversity.

10. Crazy people are driven by passion, not money

When money is the ultimate goal, there is only so far a person can go.

You may achieve financial success, but you will burn out. It’s not enough to sustain you.

When you’re passionate, nothing can snuff out your fire, and inevitably, that will lead you to longer, more powerful success.

11. Crazy people are crazy enough to trust themselves

Crazy people are keyed into their sixth sense, the inner voice, the gut, the heart, the instinct. We all have it, but most of us don’t trust it.

This is where we go direly wrong. This is when we end up f*cked over and in trouble.

Crazy people trust their gut and don’t intellectualize themselves out of it.