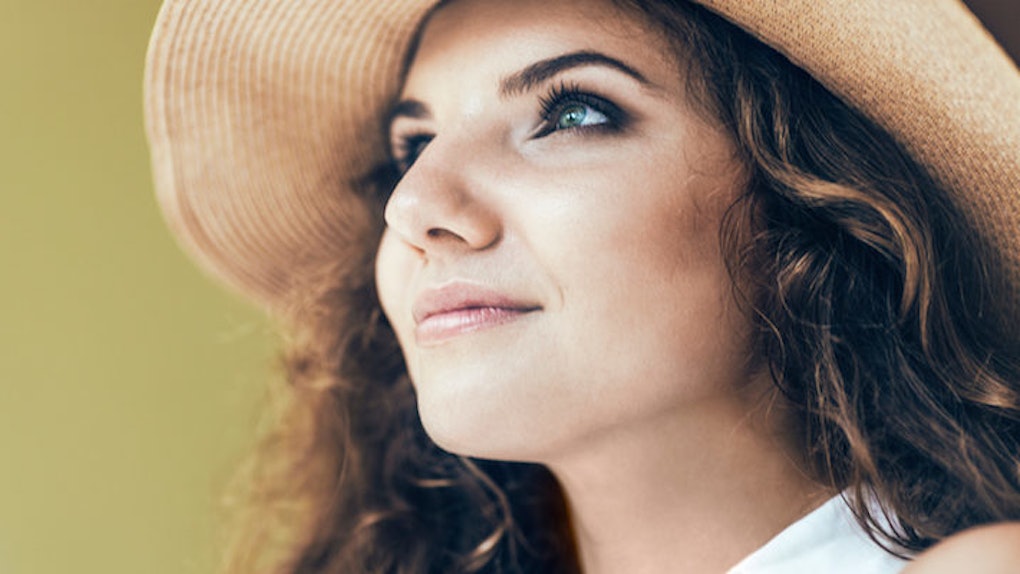 Due to several reasons, I was raised by my grandparents.

Since the earliest I can remember, I knew my grandma was sick. But I later learned she suffered from manic depression, also known as bipolar disorder.

The name of the illness is pretty self-explanatory; it refers to cyclical episodes of depression, followed by high levels of energy and thinking.

In between the two extremes, she had regular moods and behaviors, which made her the sweetest and most loving person in the world.

Now, one would immediately think about all of the negative effects this environment might have on a child. Of course, there were plenty, and many of them still haunt me to this day.

But like everything in life, it also had positive influences that shaped me into the person I am today.

This is a tribute to my grandma and to all people who struggle with mental illnesses.

This is how they can help us grow as individuals:

Two paradoxes became clear to me from a young age.

The first was adults can also be fragile, and children can give comfort, too.

In a way, this is true for all parents, even if they aren't aware of it.

They rely on their kids to help them go through emotional hardships.

Children give their parents strength and a reason to move forward. And for a parent who struggles with a mental illness, that becomes crucial in focusing on getting better.

The second was maturity doesn’t come with age, but with experience. Sometimes, I had to be the one who explained certain things and took care of my little sister.

This helped me to develop a more mature attitude about the situations life threw at me.

Even today, I always think twice before reacting to something.

2. My imagination got richer.

There were times when I had to play alone, and my imaginary world grew to big dimensions.

I was always the one to tell stories to the other kids my age, and I introduced more characters or even changed the ending of the traditional stories.

I mean, why wouldn’t Snow White also have a godmother to help her out? Don’t you agree with me?

3. I learned to seize the moment.

As I didn’t know when my grandma would feel sick again, I would seize every good moment I had with her.

This taught me to never waste an opportunity to be happy or to indulge myself.

Nowadays, I often call myself a hedonist because I’m the first to choose pleasure before anything.

If I can indulge myself with a nice treat, buy something I really like or book an expensive holiday, I'll certainly jump on every occasion.

I never know what the next day will bring me.

I've learned every person has his or her demons, small or large. We are all confronted with frustrations, undesired behaviors, irrational thoughts or addictions.

Seeing the most important person in my life wondering in a very dark place, I had to remind myself every day about all the beautiful sides of her.

That almost became second nature, and I always presume people have the best intentions, even when their actions end up hurting others.

5. I (try to) understand people more.

I studied psychology and made it my lifetime goal to try to figure out why we behave in certain ways.

For me, it was a very important first step toward accepting the others.

Since childhood, I've built up the patience and curiosity, and then I acquired the knowledge to help others.

In a way, my grandma gave me my life's purpose.

6. I learned to let go of control.

Sometimes, the crises would be predictable, but most of the time, they were not.

Even after following the prescribed pills and having the best atmosphere in the house, it would still happen.

So, it became clear to me I can’t control everything.

I can’t even begin to explain how much that helped me in life. When you realize you have to let the other wheels of the universe turn, a huge burden is lifted off your chest.

7. I became a positive realist.

It would've been so easy to become an optimist or a pessimist. I mean, everybody around me kept saying, “It will be better.’’ But, it became neither better nor worse.

In the case of genetic mental illnesses, I realized one can rarely be fully back to normal again. That was our new normal.

You can monitor it and keep it under control with drugs and therapy, but you can’t get rid of it. So, you try to make the best of the good times, while giving support in the bad times.

That is my attitude in life now. I always try to see a situation for what it is, while focusing on the good parts.

8. I turned into a very social person.

When I was very young, I was an introvert. Yet, when I realized family couldn't always offer everything I needed, I turned to people outside of it.

I made more and more friends, up to the point I always had not one, but two best friends my entire life.

My list of friends is so big right now, I have to start shopping two months before Christmas!

All of these amazing people brought me a lot of joy and different perspectives about life, which reminds me to be a nicer and more empathetic person every day.

Sometimes, I fail. I’m not a saint, but at least I try.

9. I live at high intensity.

As my grandma was always experiencing two extremes, it taught me to fully live the highs and the lows.

When I’m down, my whole world crumbles, and I suffer for days. And when I’m happy, I burst out with joy.

But most importantly, she showed me how to love passionately and intensely.

What I will always remember is her saying to me, “You are the light of my eyes.”

Wherever she is now, she is still holding a bright light in my heart.

And the next time you think about a person struggling with a mental illness, remember the light is brightest in the darkest places.