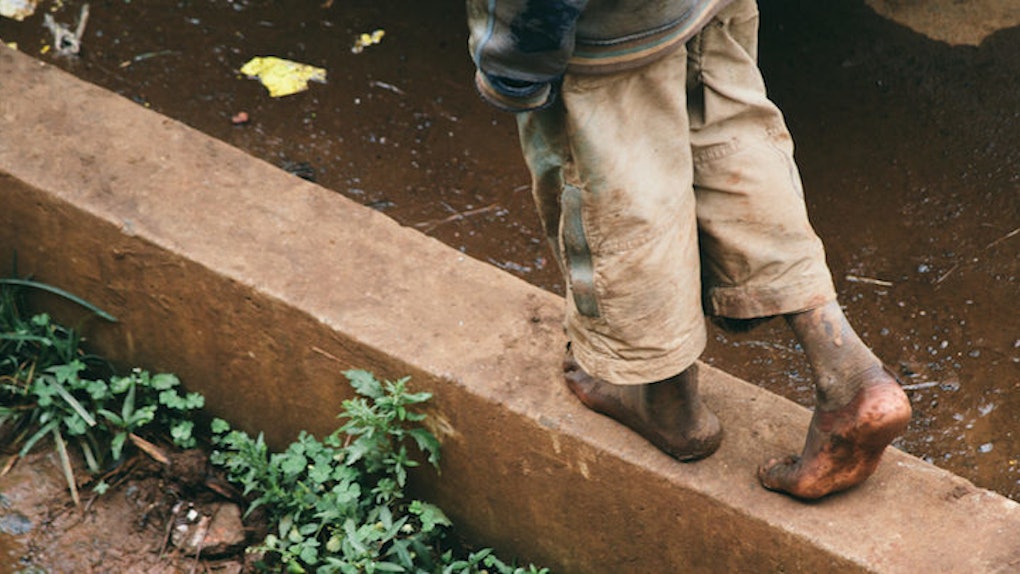 How Poverty Reinforces Gender Inequality For Women In Guatemala

Whenever a taboo is broken, something good happens, something vitalizing.

In contemporary society, a so-called “taboo” often takes the form of a stereotype, one that follows a certain pattern. It is produced when one lives in a state of fear and restraint.

Taming these social limitations will lead to the development of a distinct sentiment, one identified by the force of independence.

Despite the fact that there have been significant advances in the fight against gender discrimination for the past two centuries, many women in developing countries continue to be oppressed by the principles of “machismo.”

For the past years, I've witnessed first-hand the harsh experiences of women in my native country, Guatemala.

As a young woman living in a conservative country, I've noticed gender inequality has been part of an ongoing battle.

However, this inequality is not evenly distributed among all socioeconomic groups.

For example, while some more fortunate and highly educated women are able to hold government positions and own multinational companies, others who are living under extreme poverty continue to lack the same opportunities, and are therefore subjected to male dominance.

In underdeveloped countries, the opportunity gap between women of the more affluent sector, and the vaster less-educated population is, unfortunately, a prevalent reality.

Due to my interest in feminism and women’s rights, I participate in various organizations seeking gender equality across Guatemala.

These institutions aim to raise awareness of how the female population lives in an underdeveloped country.

I have worked with all types of women from different sectors of the country. However, it was a particular woman that caught my attention throughout my experience.

Her name is Wilma, a middle-aged woman, single mother of two, living in miserable poverty in the outskirts of Guatemala City.

She is the perfect example of the working woman confronting the dangers and difficulties of living in a poor country.

As I curiously interviewed her, I could tell Wilma was aware of how unfair her life experience had turned out to be, even if she was culturally unaware of the reality of this different type of gender discrimination.

Despite having two grown men living in her one-bedroom home, Wilma is responsible for the economic sustainability of her household.

Both her 20-year-old son and father have been unable to find a job.

Furthermore, both of her children were products of sexual abuse by unidentified men, who never provided any financial support.

This unfortunate and precarious living situation has led to her children recently having been diagnosed with severe malnutrition.

As this brave woman was telling me her story, I couldn't comprehend how it was even possible to hear something like this happening in the 21st century.

Men have better access to well-paid jobs and higher wages for the same position, and they are not lawfully responsible for children they beget.

The sole responsibility for children falls on the mother.

This is not a unique story; the same pattern has occurred for several generations.

This is a societal issue that should concern both sexes.

These stereotypes need to be broken and replaced by women who demand higher standards for themselves, and for their place in society.

It's important to confront this crisis, and understand it will take time for change to occur.

But, these steps will create the road to gender equality, specifically in developing countries where the struggle is worse.