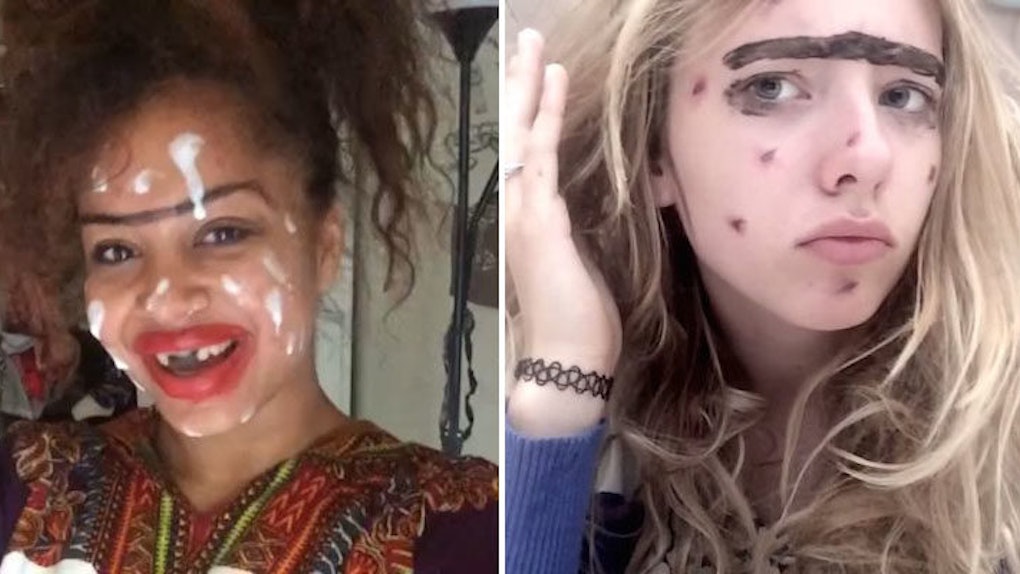 What The #DontJudgeChallenge Got Incredibly Wrong

Social media goes through many viral teen hashtags. From the One Direction fandom to the #KylieJennerChallenge, it’s safe to say there is always another one brewing.

People are deeming characteristics such as acne, unibrows and wearing glasses as “ugly,” while "beautiful" still seems to reflect society’s accepted definition of the word.

What does this show the people to whom these #DontJudgeChallenge participants are “downgrading” themselves?

All the #DontJudgeChallenge does is put people into two categories: beautiful and "unattractive."

In a culture where the media plays a huge role in the way people perceive certain ideals, this trend made it apparent how drastic of a role social networks have played in beauty standards.

The way beauty is portrayed, media defines it as being skinny, having flawless skin and long, luscious hair. But, not everybody has those qualities, and that does not make them any less beautiful.

Maybe the judgment is unconscious, but seeing people use marker to mimic having acne all over their faces says more about the people doing the challenge than the body-shamers they are trying to prove morally wrong.

No one decides to have acne; everyone doesn't see the need to pluck a unibrow to please society, and glasses are meant to help people see.

Everyone is born with unique traits, and that’s what makes our world beautiful.

Think about it: How boring would it be if everyone looked exactly the same?

To the people taking a stand against the #DontJudgeChallenge by making videos of their beautiful qualities, I applaud you and your so-called “flaws” because in doing so, you’re doing what the challenge was intended to do in the first place.

And, for some of you, this may be the first time you felt empowered.

Your actions aren’t going unnoticed, and they may be lifting up the spirits of those who need it right now.

“Courage is not the absence of fear, but rather the judgment that something else is more important than fear.”

In taking a stand, there is always fear in going against what you deem more powerful than you. You looked past that fear, and that is an extremely powerful thing.

And, if nobody has told you yet, I am proud of you.

From every bad situation can come good. I know that’s super clichéd, but it’s true!

The #DontJudgeChallenge went terribly wrong, but positivity came from people taking a stand against it.

In the cluttered world of social media, maybe we would not have heard the voices of people accepting their own beauty if the challenge had not become viral.

This shows we have the power to take something harmful and strip it of its power, a mentality that can be applied to any situation in life.

In the disaster that is the #DontJudgeChallenge, maybe we can present a new hashtag in the name of what defines true beauty.