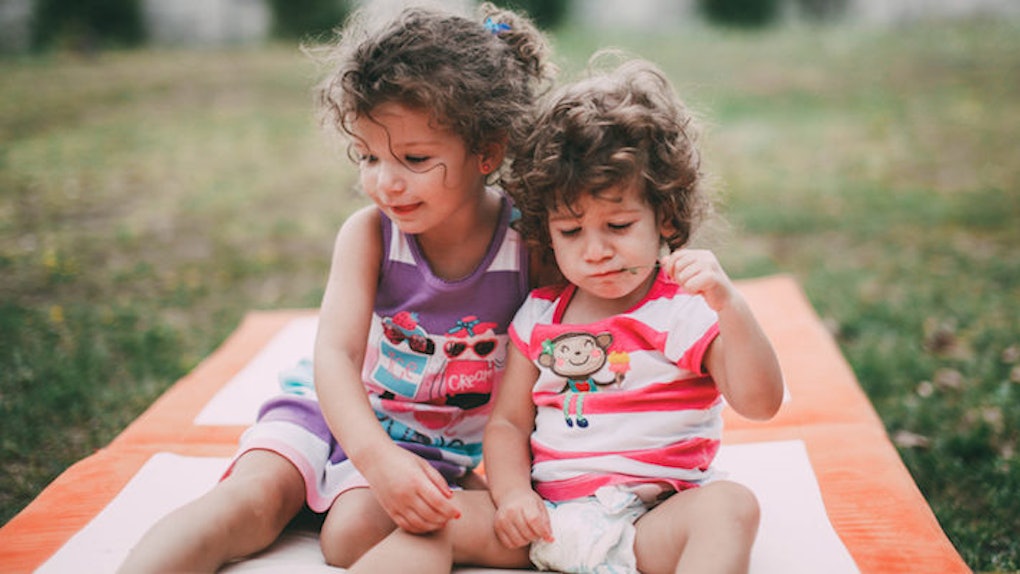 She came into our lives through Big Brothers Big Sisters, a non-profit organization that allows volunteers to mentor children in need.

I wanted a sister my entire life. I had two amazing brothers, but they were way older, so there were times I felt like an only child.

As a way to give me the sister I always wanted, my parents looked into Big Brothers Big Sisters. After a gruelingly long process, we got the call.

We were told they had found a possible “little sister” for us.

Her name was Amelia.

Amelia came into our lives as a little girl we’d see maybe once a week and just three years later, she was living with us.

Her family life was hard. Dad was in and out of jail. Mom was a junkie.

Her mom was unable to take care of her and her two siblings, Jacob and Adrianna, and so Amelia was going to be placed in a foster home. After much thought, my parents decided they would temporarily adopt her and see how things went.

My mom couldn’t get through to her. Neither could my dad, plus he was at work most of the time.

My brothers were doing their own thing and didn’t really have to deal.

It was up to me and my mom.

It might’ve been because I was closer to her age, and she felt I could understand her more.

But even I lectured her about things she shouldn’t be doing.

When that year came to an end, my heart broke. I had gotten so used to having Amelia around that I didn’t want her to leave.

I vowed that if by the time I got to college she wasn’t settled down with a family, I would stay in Miami, move out of my house and adopt Amelia myself.

But, that didn’t happen.

She was living with her brother and sister again. Her aunt who didn’t want to adopt her when Amelia’s life was falling apart finally decided the best place for Amelia was with her family.

Here are three things Amelia taught me in that short year:

Having a younger sibling is hard. I never knew that because for 14 years, I was the youngest.

My brothers and I had also been raised differently than Amelia was.

We always did what our parents told us to do, but they also didn’t always tell us what to do. They let us make decisions on our own because they trusted we would make the right ones.

Amelia wasn’t wired that way. She had formed this hard shell around her and did what she wanted, not what people told her to do.

This was difficult for my parents to deal with. A lot of the time, I was the one who got through to her, not them.

She listened to me more, so I had to try to be a mother to her.

I had to be patient with her because although she had grown up with yelling and screaming, that wasn’t how we did things in my family.

We tried to rewire the way she had been raised all the previous years, and that’s close to impossible.

There were people who didn’t understand what we were doing with Amelia.

The one who hurt the most was my grandmother.

She thought what we were doing for Amelia was hurting us more than it was helping us. And maybe that was the case, but I didn’t care.

I knew we could get through anything.

Amelia was difficult, and she didn’t listen to most of the things people told her to do.

My grandma didn’t like that. She thought we were wasting our time.

Maybe that’s how it seemed at times, but we helped that little girl grow in ways no one else would’ve been able to help her grow.

I didn’t really talk about Amelia with my grandma until after Amelia was no longer living with us. My grandma and I still get into arguments about Amelia because I still consider her family, and she will always have a piece of my heart.

Those thoughts disturb my grandmother. She thinks Amelia was a burden, and well, that’s her opinion, not mine.

It’s a type of love that comes very rarely in life. Sometimes, it feels like loving someone unconditionally is unrealistic.

Amelia had a way of making people love her, or at least of making me love her.

She was honest and sincere, and the way she loved people made her shine.

She impressed me day after day, and all of the difficult aspects of having her in our lives were outdone by the amazing way she knew how to love.

It made it easy for me to love her and admire her.

I greatly admired that 13-year-old, and to this day, I still do.