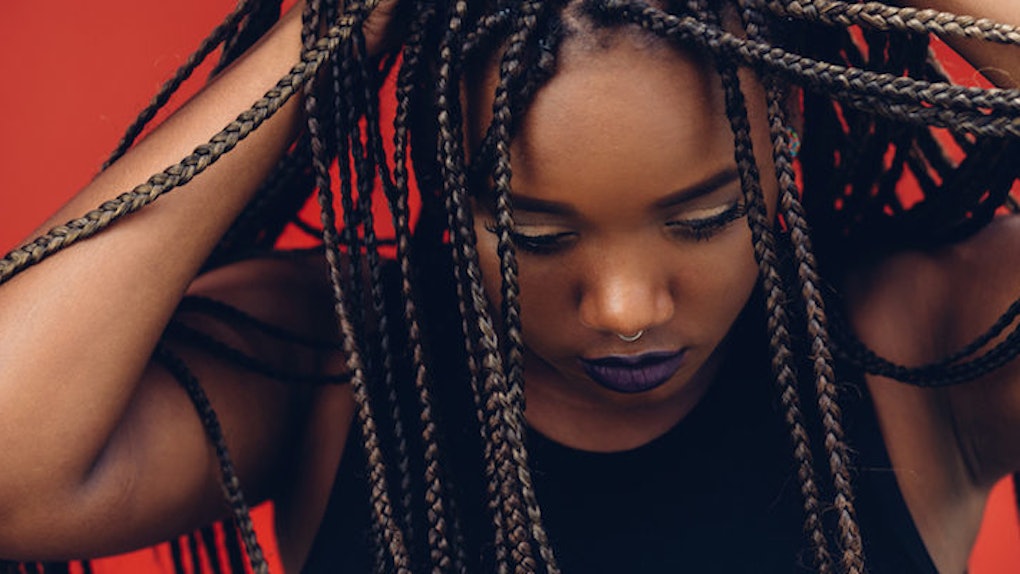 Appreciation Or Appropriation? Why My Black Hairstyles Aren't For You

Hair is not just about hair.

Recently, cornrows and other hairstyles with ethnic roots have been a hot topic in the media, with many articles claiming hair should not be racially charged.

While I am one of the first people among my friends who scream “equality” from the mountaintops — coming from a diverse community, a large group of friends and a triracial background — the discussion of hair is something that hits a little too close to home.

In the African American community, hairstyles have been not only style choices, but also acts of revolt.

For years, we have manipulated our coils to send a message to society that we will neither be silenced nor placed in a box of submission.

For years, products such as perms and straighteners were shoved down our throats by society in an effort for our hair to mirror something that was foreign to us.

Inevitably, many of us have been taught since we were children that straight hair looks professional, and the hair that naturally grows from our head needs to be maintained in an effort to gain and keep employment.

So when many of us said, “To hell with this system!” and began to wear our natural hair in its natural textures, it sent a huge middle finger to society.

It said that we, too, are beautiful in our culture and race. While not everyone holds the sentiment, a lot of people still prejudge other cultures simply by how they look.

Many people view a person differently for having an afro versus dreadlocks or versus straightened hair.

Honestly, it is unfair that hair choices determine work ethic, hiring eligibility and status altogether for people of color.

On the other hand, celebrities like the Kardashians have commercialized off of sporting hairstyles now deemed "bohemian" and "cool."

Let’s break it down very simply: When a white woman wears the hairstyle, it’s cool.

When a woman of color wears it, she’s deemed unprofessional, militant or, in cases such as Zendaya, a stereotyped generalization of a culture that has existed for hundreds of years.

If a white woman wants to wear cornrows and sport them among her friends, I have no problem with it. But, she must use her white privilege to bring insight into the world.

The fetishization of other cultures becomes insulting when people try to replicate it without understanding the culture significance behind the hairstyle.

You want to wear a hairstyle another culture has worn for years?

Sit down with them and hear their stories of workplace abuse.

Hear how they have been taught for hundreds of years the color of their skin or the hair on their head is sinful.

Hear how society continues to use small things such as skin, hair or clothing as a marker for abuse.

Yet, others can do it, and it is praised.

To say "hair is just hair" is a very surface-level reading of a much higher situation. It's also quite pathetic for those who deem themselves experts or socially conscious people.

Tied to our hairstyles are hundreds of years worth of learning and fighting to preserve one’s culture in the face of adversity.

When I walk outside every day with my locks, I am setting a reminder to myself that despite what society claims me to be, I am indeed a beautiful black woman.

I have fought for my right to express myself, and every day is still a war on my community and culture.

I remember my boyfriend coming home from job interviews, telling me the hiring manager said he had to cut his hair to move forward in the hiring process.

Similarly, growing up, a classmate of mine was taunted because her hair was “too thick” and her cornrows were “too big.”

These are the memories of countless people of color, who have realized our hair is a sentiment to our resilience and tenacity in fighting for racial progress and equality.

Our hair and our hairstyles are trophies to the pain we have endured and overcome.

You want cornrows? Wear them, but know their history and know the people who fight to be as carefree as you.

Know that until we live in a society that truly does not judge someone off the color of his or her skin, hairstyles and textures will never be equal.