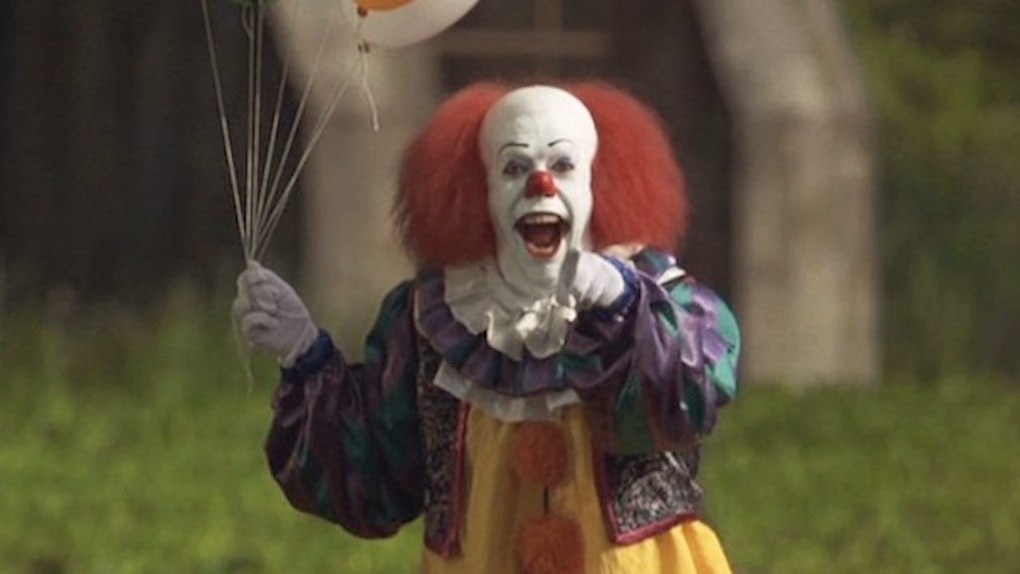 12 Creepy Clowns That Are Still Haunting All Of Our Nightmares

I'm terrified of clowns. I mean, isn't everyone? They are all creepy in my book.

So, you can imagine my dismay when I heard about the crazy, creepy clowns being found in the woods. But, I could breathe easy. I live in Brooklyn, and there are no creepy woods in Brooklyn. I could ignore the clowns.

But then, a clown with a knife managed to make it to Manhattan. And I lost my mind.

So while I am hyperventilating over this whole creepy craze, here is a list clowns, ranked on how terrifying they are:

OK, so the clowns in this movie are horrifying (even if they are only a metaphor for unionized labor). But Dumbo as a clown is almost cute. Animal clowns are just far better than human clowns.

Bozo is a classic, and to a lot of kids, he was probably pretty entertaining back in the day. Even though he is still a bit creepy, Bozo never really had that bad of a rap.

We are all scared of loneliness and existential dread on some level, but Krusty is more "OMG, what if this is all meaningless?" scary and less "JESUS, that clown is alive and coming for you" scary. Krusty is the "loss of innocence" scary, but not true terror scary.

Sure, she could kill you, but she's also fun and feisty. Plus, she is so cute with her little outfit.

And when is the last time you heard about someone getting killed with a novelty mallet?

She's more hot than scary. While it's more likely to get killed with a bat than a mallet, you feel bad for her. She has PTSD and Stockholm syndrome, and she used to have a good, non-clown-related job.

Plus, real-life Jared Leto is scarier than any on-screen Joker.

Straight up, this guy murdered kids, and he was a part-time party clown. The only reason he isn't featured higher on this list is because he was caught, convicted and is now dead. We don't have to worry about him anymore.

Why was this film rated PG? Why was I allowed to watch it when I was 10?

This might have been my clown fear genesis. I know the family wasn't expecting a demonic house haunting, but why even buy a doll like that in the first place? So many questions.

A couple years ago, clowns were also seen freaking out people. The news showed this real-life video of a clown on some one's porch, and honestly, I have never been the same.

For those of you who don't remember, "It" was a TV miniseries that starred Tim Curry. If you re-watch the series, it'll reminds you that while Pennywise was absolutely nightmare fuel, he was also quite funny in a sort of deranged way.

"American Horror Story" has had its highs and lows. The high is always Sarah Paulson, and the low is always a confusing, sort of thrown together second half of the season.

But, I have never gotten as scared as when this clown appeared in season four. And this is a show with vengeful ghosts, a bull-headed man and Nazi scientists in a mental institution.

Sometimes, real life is the scariest of all. Why do people think it's OK to paint their faces, drink bad soda and get tattoos of meat cleavers? By sheer size and devotion, the nation of Juggalos is terror in the flesh.