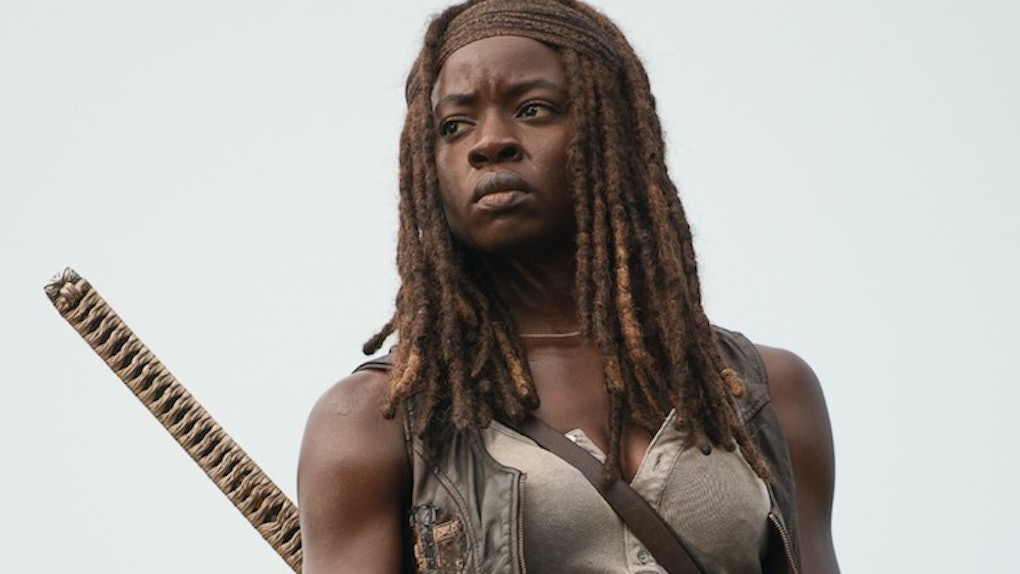 The Struggle Black Women Face When Choosing A Halloween Costume

If you have melanin -- choose your costume wisely. This is not a problem dealt with by the masses. Instead, it is a very isolated annoyance that sends many people of multicultural backgrounds into the spiraling abyss of figuring out what to be for Halloween.

If you're someone who enjoys dressing up as your favorite superhero or video game character, you have to choose wisely if you have more melanin in your skin. I've gone out dressed up as both Harley Quinn and Rosie the Riveter before, and while the costumes were loved, it was still very easy for me to be labeled as "the black Harley Quinn" and "the black Rosie the Riveter."

Let's face it: There are just not enough characters in our pop culture who aren't caucasian.

Thankfully, this is beginning to change. Stan Lee is creating a Chinese superhero named “Monkey Man," John Boyega made history as Finn in "Star Wars: The Force Awakens," Disney continues to strive for diversity with the highly anticipated "Moana" and, of course, we have the diverse cast of "The Walking Dead" that does not at all feel forced.

There are just not enough characters in our pop culture who aren't caucasian.

This year, I fell into the binge-watching hole and became a super fan of multiple shows including "TWD" and "Game of Thrones" which both portray strong, confident, female characters.

Obviously, as a “dark-skinned” African American female, dressing up as Daenerys wasn't exactly an option. However, it dawned on me that pop culture had finally answered my prayers. I could absolutely portray Michonne from "The Walking Dead."

As a female, I enjoy shows and movies that display strong, tough, independent, kickass women, who don't fall into the common "damsel in distress" trope. Michonne is perfect.

Played by the stunning African-American playwright, Danai Gurira, Michonne embodies everything I want to see in a female character without her skin color being highlighted in the show -- ever.

I mean, how many movies and TV shows comment on interracial relationships and actually try to make them the focal point of the show? Yet, Michonne and Rick establish a natural relationship in a zombie-ridden, apocalyptic world without race being an issue.

Vulture published an article that states "TWD" is, "a tour de force of PTSD," which is more than obviously true for Michonne. Yet, as someone living in a world that none of us can imagine, she represents more than an "angry black woman."

She is a complex, multi-faceted woman who lived through a tragedy and is tough yet broken. She is a character who exemplifies strength, willpower, authority and responsibility. Regardless of race, everyone can understand the need to be strong through life experiences.

What's more, Gurira on and off the screen, is the perfect fit. In an article by Bazaar, Gurira states that she never considers herself as a minority; she has black girl magic. She says,

I never consider myself a minority. I see people who look like me in Barbados, in Trinidad, in Haiti, in London and in Brooklyn. So I don't know what the heck anyone means when they call me a minority.

I've always despised the word "minority" myself. At the root, "minor" itself means "not very important or valuable." Who would want to label themselves as lesser than? Clearly, with four plays and a debut on Broadway in "Eclipsed," she does not fit into the definition of a minority as her presence in entertainment has been and continues to be renowned.

This year, I thank "The Walking Dead" for my Halloween costume. Dressing up as Michonne has made me the most excited I've been for Halloween in, basically, ever.

This one's for the guys. For those of you who enjoy Marvel, Mike Colter who plays Luke Cage in "Jessica Jones" has his own show on Netflix, which delves deeper into the mysterious life of the superhero. iDigitalTimes has some costume ideas for you.

If you have a suit, pristine hair, a sharp tongue and a deadly glare, Annalise Keating from "How To Get Away With Murder" may be the character for you.

Viola Davis has captured everyone's attention with an authoritative yet vulnerable black female character who has managed to truly get away with murder.

Recently went natural? Rocking a TWA (Teeny-Weenie-Afro)? Why not emulate one of the most lovable characters from "Orange Is The New Black," Poussey?

Being able to feel represented and to have the option to choose an awesome Halloween costume that isn't caucasian may seem like a futile accomplishment, but it's actually a major one. Having this option and this character representation of strong colored people in society allows people of color to feel accepted and like a part of their communities.

It's time to remove the archaic, token “minority” character from entertainment and weave them seamlessly into our shows and movies as "The Walking Dead" has achieved. Then, our media as a whole will begin to represent what America actually looks like.