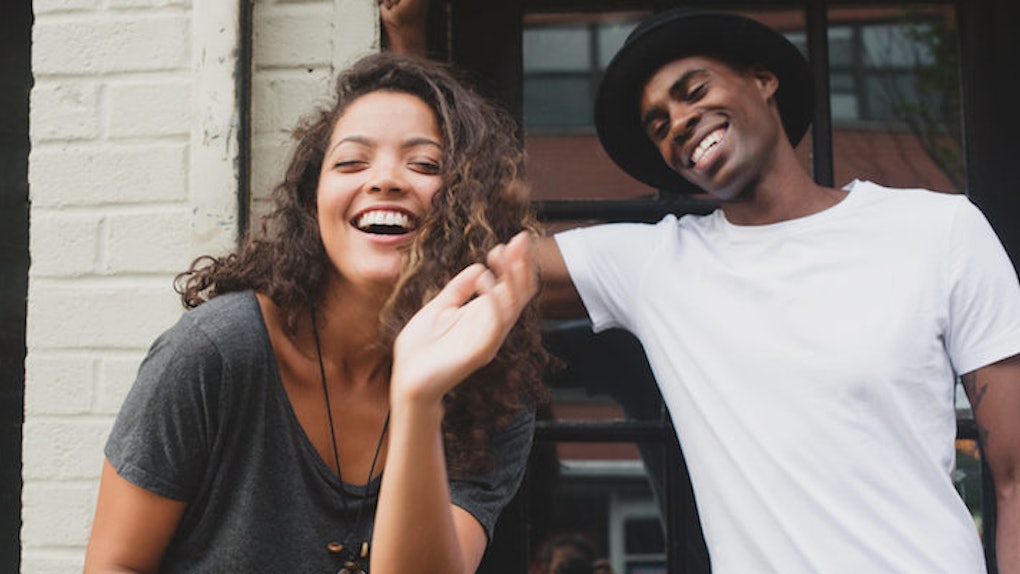 Loud and Proud: 11 Reasons Why I Love To Honor My Hispanic Heritage

This month marks the beginning of my favorite time of the year. It's a time that brings about a change of season, cooler weather, pumpkin-flavored everything and, best of all, Hispanic Heritage Month.

It is this time of year where we look back and celebrate the culture that brought this country style, beauty, tradition, badass food and top notch music.

The Hispanic heritage holds some of the most inspiring, cultural and beautiful people in the world.

Places all over the country, this month and next, will dedicate their cities to this celebration, by hosting Latin food, music festivals, television specials and events to bring out the vibrance this culture gives.

I proudly celebrate and represent my culture this month.

Statistically speaking, it is something to be damn proud of when you belong to a population of roughly 54 million people. That equals to 17 percent of the US population, probably making us the biggest deal in the nation.

Considering we are classified as the nation's largest ethnic or race minority, we represent the most influential strain of humans in the world. And we have more pride than anyone else.

Being of Hispanic heritage myself (Puerto Rican, to be exact), I came up with 11 reasons why being hispanic is the sh*t:

1. We're full of culture and lots of it.

We come from different areas of the world and have various origins. We each have something beautiful to contribute to society.

Whether it's our languages, food, beliefs, traditions or sexiness, Hispanic culture is slowly spreading across our nation and making an impact on our culture as a whole.

Everywhere you look, you see us. Whether we are owning businesses, taking over city censuses or running for office, we are quickly taking over and making sure to leave a trace of our culture everywhere we go.

2. No matter where it's from, our food is the best.

Hispanic cuisine, no matter where it's made, is by far America’s favorite.

You can go out to eat anywhere nowadays, and there is at least one Hispanic-influenced dish on their menu. Luckily for us, we don't even have to go out and pay for our favorite Hispanic dish.

Our food is free, and even better at Abuela’s house.

Blood is truly thicker than water in a Hispanic household. We spend all of our special moments together as a family, and we never miss a family gathering.

Family time and traditions come naturally to us, without any resistance or efforts to make things happen. It's just a part of our lives to spend our special days together.

4. We do everything with emphasis.

The way we feel should never be kept secret, and we were raised to never harbor our emotions.

We never half-ass anything because we were always taught that whatever you do, always use your full, Latin ass!

5. We make friends way easier than others can.

Hispanics are a naturally social group of people who love company and having family and friends together.

Keeping a healthy social circle is important to us.

Being bilingual is a hidden treasure in this society, and opens more doors for us in the work force.

Studies show that those who speak two or more languages have higher levels of cognitive brain function and are more adept at solving problems, planning functions and other “mentally demanding” tasks.

Being forced to flip between two different languages is a workout for the brain.

7. We have home remedies for everything.

There's nothing some homemade chicken noodle soup, a complete Vicks rub down and some rum can’t fix.

There's no such thing as waiting it out or letting a cold run its course.

Was that a cough I heard? Let me whip up my Abuelita’s home remedy kit. You will feel better by morning.

8. Any celebration is a reason to party.

There's no milestone in life that doesn't deserve a fiesta!

Let’s have a party to help you celebrate. All we need is some music, some Coronas and someone's backyard. I promise you a good time.

Due to the volume of cultures and ethnic groups that have contributed to Latin music since the very beginning, the Latin genre of music has evolved to become an incredibly diverse and influential part of American music.

Some of the best musicians today are Latin-American. I have yet to meet a person who can sit still through an entire Ricky Martin song.

Have I made my point? Keep in mind that all these sexy Latin beasts are way older than 30...just saying.

11. We are an incredibly proud bunch.

There is no other heritage in the world that represents like we do. We wear our pride every day.

Being Hispanic is so much more than the fun, the food and the culture. It's about our history, our struggles, our hard work and where we have come from.

We are the most influential group in the world, now holding some of the most important roles in our country.

In January, a record number of 31 Latinos took seats in Congress, including three senators.

According to CNN Money, Mexico is the hardest working country, working about 519 hours more than the typical American worker every year. Among the 50.7 million Hispanics in the US, 65 percent identify themselves as being of Mexican origin.

Being Hispanic is one of the things I am most proud of. My culture represents beauty, love, family, hard work and so many more positive qualities.

Regardless of what aspect of Hispanic culture someone may relate to, all Hispanics share one thing in common: pride.