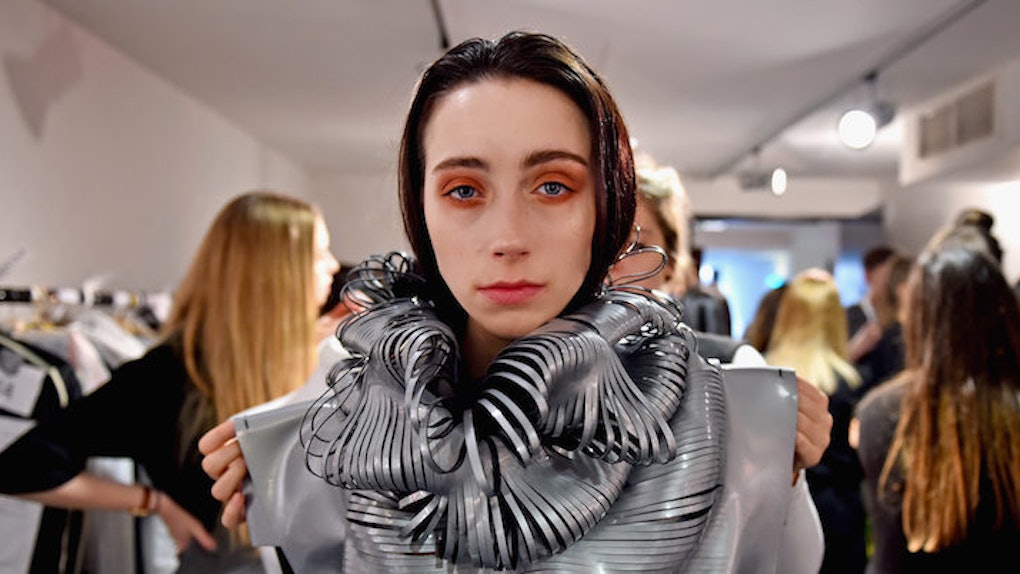 The BS Of A BA: Why Liberal Arts Students Need A Reality Check

Liberal arts: the ever-intriguing programs within universities that instill knowledge versus technical skills and often explore the dynamics of the human experience.

From sociology to philosophy, students choose these majors for a variety of reasons.

Maybe they’re thoroughly enthralled by the subject matter. Maybe they’ve been told it’s “the easy way out.”  Maybe their parents are prominent scholars in the field. M

aybe they have aspirations of attaining post-baccalaureate degrees.

Whatever it may be, something drove them to take on a task that may prove more challenging than they expected.

Once upon a time, a bachelor’s degree spoke volumes. According to Time, in 1973, 47 percent of high school graduates went on to college.

Now, it’s hard to look back on your senior year of high school and imagine over half of your classmates being left out of the “Where are you going?” conversations.

A bachelor’s degree made a stand-alone case that individuals in possession were undoubtedly good job candidates.

Their academic achievement stood out from their peers and put them ahead of the game.

Unfortunately, those days are gone. Perhaps those feeling the effects of this the most are graduates of the liberal arts.

In 2014, Forbes released an article titled “New Study: Is No Degree Better Than A Liberal Arts Degree?” writer Susan Adams presents a recent finding that 64 percent of hiring managers said they would consider candidates without a day of college while fewer than 2 percent were actively seeking candidates with liberal arts degrees.

Granted, from a hiring perspective, you can’t blame respondents for not actively seeking folks with a knowledge-based degree rather than that of a hard skill.

A candidate who can tell you all about the Stanford prison experiment might not hold the same appeal as one with experience using search engine optimization.

But, because of this, I argue that a reformation of advisement within these programs is necessary to ensure a higher success rate for students post-graduation.

I present this argument based on experience. I graduated with a BA in interpersonal communication with a minor in psychology in 2013.

I took the GRE and fully intended to enroll in graduate school for marriage and family therapy.

That was my plan until I (post-graduation) actually did research on how much an MFT makes — something around $45,000 after about $90,000 spent on the master’s degree in addition to the nearly $40,000 I racked up at a cheap undergrad. Let’s not even get started on the cost of pursuing a Ph.D.

This disgusted me to say the least. I always considered graduate school an investment. The simplest rule of investing is anything with a negative return (ROI) should be forgone.

Between the cost of living and loan payments, how long would it be until my ROI became positive?

I didn’t know eliminating debt was something I valued so much until I graduated because no one ever explained it to me.

So, in true Millennial fashion (being focused on the immediate future), my graduate school dreams have been put on the most distant of back burners.

In college, I had a good advisor. He challenged me in the classroom and encouraged me in our advisement sessions.

However, I never felt like I was held accountable for my progress toward a post-graduation goal.

The only requirement for our major outside of the classroom was an internship.

People scramble to get these internships at the last second, simply so they can get their diplomas.

They often have nothing to do with a student’s aspirations and are mindlessly slapped on résumés.

You can’t discourage someone from pursuing what he or she loves, but the hand-holding needs to stop.

I remember it like it was yesterday: I was a senior at Bloomsburg University taking a course called Conflict Management & Resolution.

On one of the first days of class, our professor had us go around and state what we intended to do after college.

I was shocked by how many of my classmates responded with things like "marketing" and "public relations."

There were majors specifically for those subjects at Bloomsburg, so why were these kids in interpersonal communication?

Isn’t this major a precursor to a master’s in counseling or social research? Had their advisors made no suggestion toward changing?

How were these students going to get jobs with no skills related to the field they planned on pursuing?

I had so many questions that someone of influence in their lives should have been asking.

I won’t downplay the job of the academic advisors. At least at Bloomsburg, they serve as both advisors and professors.

However, I am making a call to all of them to put an end to the money pit that is liberal arts degrees without proof of a promising future.

I’m not saying they should make students feel bad for pursuing the subject of their choice.

I am saying they should expose them to the (harsh) realities of their decision. Ask them questions.

If I wanted to be really radical, I would suggest forcing students to be counseled on debt, graduate school, the job market, etc., before allowing them to enter the major.

I would suggest forcing them to change to a hard skill like accounting or graphic design if they have zero direction and show no signs of interest or effort toward their post-grad life.

None of this is possible, of course, because it’s so extreme.

But, maybe it would take such extremity to lift graduates like me out of this tortured limbo.