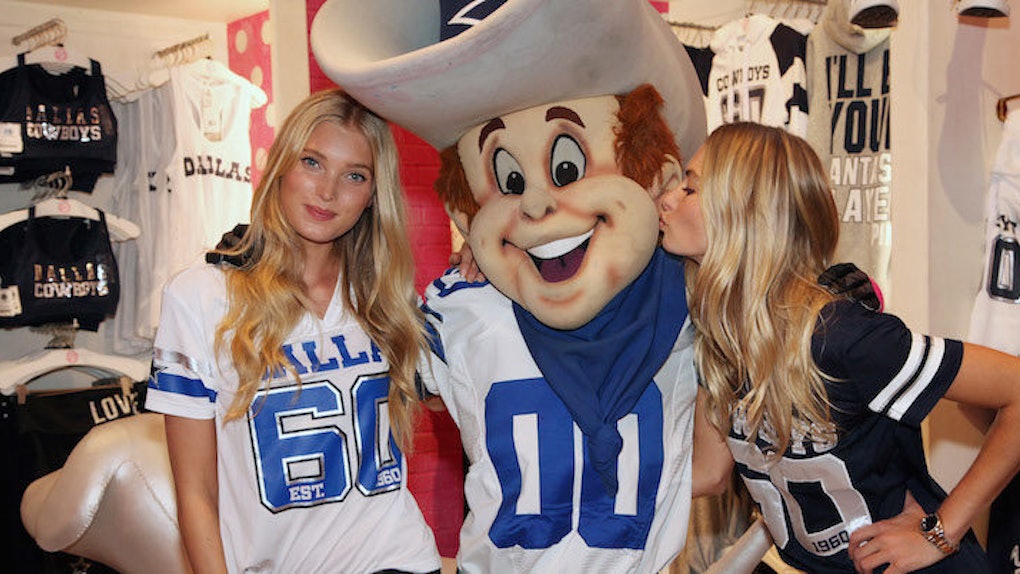 5 Places, 4 People And 3 Things That Make Dallas A Texas Treasure

Look, we Texans know that when you think of Texas, cows and farmland come to mind.

But, Dallas has way more to offer than cattle and horses.

The city of Dallas has grown massively over the past decade; our skyline was named “Most Beautiful Skyline” in the country in 2014.

If that’s not convincing enough, Dallas has just as many sights and things to see as any other urban city in the US.

Fellow Dallasonians will agree the city has a special place in our hearts, no matter where the wind takes us.

To prove to you even more of Dallas’s beauty, check out these reasons I compiled for you to enlighten you on just how special my hometown is:

Basically, Dallas is divided into a few very unique neighborhoods and Deep Ellum may be the most interesting of them all.

This is mainly where all the art galleries and pin-up shops are located. Deep Ellum is very rich in history, culture and badass craft beer.

Many people go to Deep Ellum for a late-night snack, like deep fried peanut butter and jelly sandwiches encrusted in Captain Crunch cereal (yes, it’s a real thing), or to get a late-night tattoo.

This neighborhood is abundant in concert venues and places to host festivities.

2. The State Fair of Texas

This is a nationally-known fair, and every year, we look forward to riding the big ferris wheel, taking pictures in front of Big Tex and eating our way into a fried food coma.

Right in the heart of Dallas, the State Fair of Texas has taken place since the late 1880s and starts every September.

Many fairs from around the country try hard to mirror it, but there is no competition.

Do you like vintage everything? Vintage comic books, watches and even Playboy magazines? This shop is every antique lover's dream.

Lula B’s is where your mom sneaks away to every Sunday to get weird furniture or reminisce about her crazy past life.

Bishop Arts is a newer neighborhood smack dab in the middle of historic Oak Cliff, TX, a suburb of the city.

Bishop Arts has places like macaron shops and record stores. Its unique history and random awesomeness make a great, mini getaway from the downtown area.

Hey, we have a park in the middle of a highway. Safe? Who knows. Badass? Most definitely.

Klyde Warren Park offers all kinds of activities, food trucks, a bar and way more in the middle of a freakin' highway.

Badu is one of our prized celebrities out here in Dallas. You can sometimes catch the Grammy-winning queen posting pictures from the streets of her home out in South Dallas, or browsing around the metroplex in her retro style clothing.

We all hope for a glimpse of the one we proudly claim as our own, and she loves Dallas as much as I do.

Love them or hate them, they are America’s Team. The Dallas Cowboys are celebrated by people around the world, and no matter how much you want to hit Tony Romo through your TV on a Sunday night during football season, you must admit you secretly love to watch them.

Not only do we get to house one of the greatest players to touch a basketball court, but have you seen homie's hair? Sheesh.

While walking around the downtown area, you can find good conversation with someone after he or she asks you to spare change.

These men and women you find on the corner can give you some wisdom not even a professor at 8 am on Monday morning can provide.

In a matter of one week in Dallas, there can be both snow and sunshine.

The unpredictable weather patterns of the city make it easy to display all types of outfits in one week's time.

I mean, we’re in the south, so there’s a BBQ joint on every corner. There's not just barbecue, though; the city offers a wide variety of anything you could ever want.

Ever had pizza topped with brisket, honey, pepperoni and more? I have.

Because, without these guys trying to flag down everyone who's driving, Downtown Dallas would be super unsafe.

Dallas is amazing. It's usually in the shadows of other cities in Texas, like Austin and Houston, but people should know Dallas offers not only a breathtaking skyline, but also a culture of hidden gems.