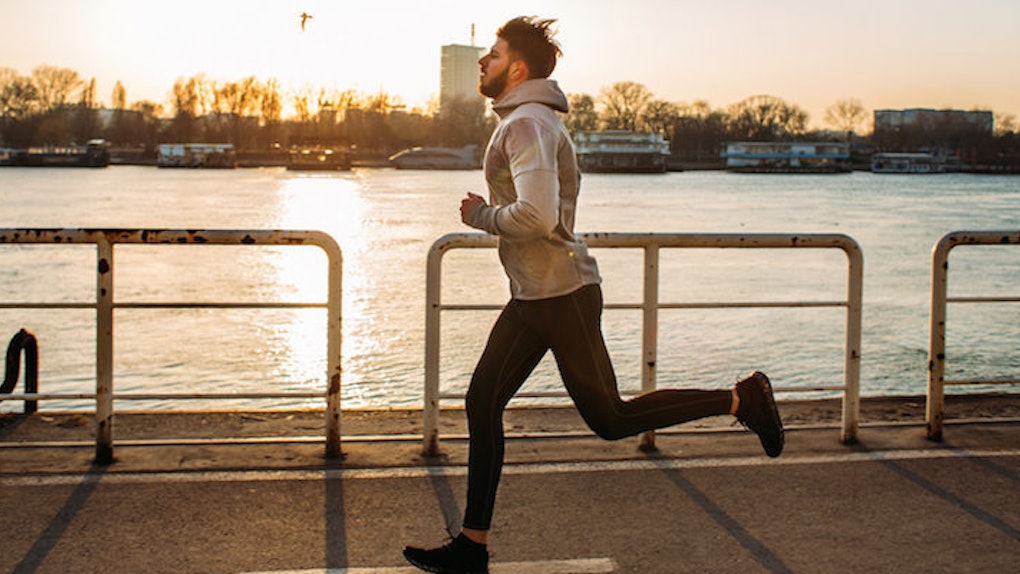 There’s more to your mood than you might think.

On those mornings when you wake up and simply don’t want to be bothered by anyone else, do you ever really take the time to stop and wonder why?

Probably not. We’re used to attributing these poor moods to “Mondays” or “early mornings” as our “moody scapegoats.” Rarely ever do we pay attention to our own selves and pinpoint parts of our own lives that might be contributing to these moods.

Well, if your mood is getting the best of you, there are a number of small tweaks you can make to your daily regimen that will improve your mood.

Standard “comfort food” will usually come deep fried and smothered in some type of cheese. But according to Naomi Freundlich of Health, an unhealthy diet can actually lead to a grumpier you.

Typical “comfort foods” will usually only be comforting for so long before they lead to the “inevitable blood-sugar crash, with added irritability to boot,” as Freundlich notes.

Freundlich explains that there are, in fact, certain types of foods that can boost your moods as opposed to suppressing them.

For example, in moderation, coffee is linked to decreased levels of depression, and consumption of good fats (like those containing omega-3 fatty acids) is associated with lower anxiety levels.

If you’ve ever heard of “runner’s high,” it shouldn’t come as a surprise that running can do wonders for your day-to-day disposition.

Jennifer Van Allen for Runner’s World says that 30 minutes of walking on a treadmill can boost the mood of someone dealing with a major depressive order. This finding comes on the heels of a 2006 experiment published in Medicine & Science in Sports & Exercise.

Additionally, as reported by Pete McCall of Women’s Running, running “increases the levels of neurotransmitters such as epinephrine, serotonin, norepinephrine and dopamine, all of which influence your energy levels as well as make you feel great after a challenging workout.”

3. Listen to some jazz music.

I like to listen to jazz music when I’m driving, especially at night.

Besides the fact that it’s so easy to listen to, jazz has always been able to keep me cool on the road. As long as I had some Mingus, Monk or Coltrane in my ear, I’ve never been frustrated driving long periods of time at night, and I’ve never felt the need to honk the horn.

And that’s because jazz music has the keen ability to lower stress and blood pressure by causing blood vessels to expand by up to 30 percent.

Jazz listeners are also an average of 25 percent less depressed than non-jazz listeners, according to this infographic provided by Top Masters in Healthcare Administration.

Whenever I’m having a rough day, my first instinct is always to “sweat it out.”

For whatever reason, the visual aspect of watching myself cleanse away whatever toxins might’ve once been in my body leaves me feeling refreshed and invigorated.

According to New Science, saunas may also play a provocative role in your mood and overall health. As NS reports, “people with chronic heart failure who took saunas five times a week for three weeks improved their heart function and the amount of exercise they could do.”

Additionally, the neurons that release serotonin, which is associated with feelings of happiness and euphoria, are catalyzed under conditions of high heat.

And if you REALLY want to make the most of your sauna (or steam room) experience, bring a little eucalyptus or peppermint inside. It’ll really open up your breathing. You can thank me later.

Making your bed is something that is considered a “keystone habit,” -- in other words, a habit that essentially acts as a gateway for further good habits.

For instance, by making your bed each morning, you set a tone of productivity for the rest of your daily duties.

One article published on Apartment Therapy references the work of Charles Duhigg, who explains in his new book “The Power of Habit: Why We Do What We Do in Life And Business” that “making your bed every morning is correlated with better productivity and stronger skills at sticking with a budget” and even leads to higher levels of happiness.

Although this mood-boosting method may seem a bit avant-garde -- to say the least -- it has also been known to do wonders.

According to Katie Drummond for Prevention, citrus may be the most soothing smell when it comes to relieving stress.

“The scent of a fresh fruit can do amazing things,” explains Barbara Thomley, the lead researcher for the Complementary and Integrative Medicine Program at the Mayo Clinic. She explains how “with any citrus smell, lessened anxiety always seems to emerge as a benefit.”

So, if you’re usually an advocate of aromatherapy, bypass the lavender for a more citrusy flavor the next time you go.