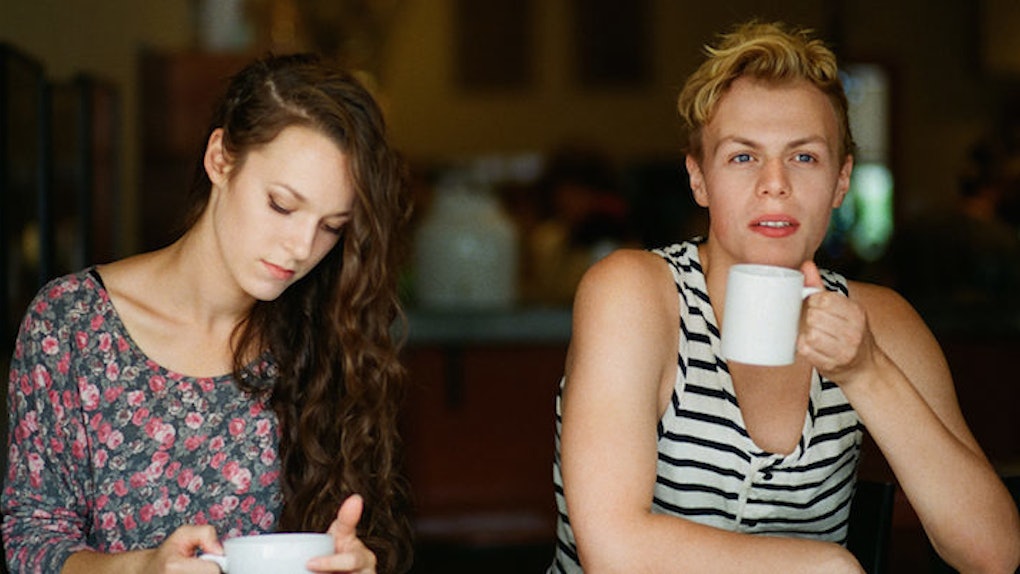 You Can't Get Mad At Your Casual Hookup, He Never Promised You Anything

Netflix and chill is the plague of our generation and the end-all of romance. It's everything wrong with modern dating, but it’s totally cool when you’re doing it solo.

I spent the weekend Netflix and chilling all by my lonesome. And although the experience was wonderful, I originally had bigger plans than that. Someone just threw a wrench in them.

My hook-up buddy and I made plans on Thursday to meet up Friday night at his friend’s birthday celebration. So when Friday morning rolled around, I slipped into a cute outfit and packed an overnight bag with a cheery disposition.

Since I wasn’t scheduled to meet up with my hookup until 9 pm that day, my coworker and I decided to get post-work tattoos to kill time (and restlessness).

After getting repeatedly stabbed with a needle on my ribcage, I treated myself to a drink and sat by my phone, awaiting instructions from my hookup.

“Sheena! Er, you’re gonna have to carry me home… I can barely feel my… *muffled sounds*.”

The man was wasted. He had made up his own language and expected me to follow. He went on and on, and as I tried to navigate through his maze of incoherent jibber-jabber, I asked myself what the hell I was doing.

Freshly tatted, I was losing blood by the minute and patience by the second. I didn't have time for this.

He and I were on two completely different levels -- I, sober and clear-headed; he, drunk and f*cking selfish -- and I didn't understand why he couldn't wait for me to arrive to the party to start drinking. If he was going to be drunk, he should've gotten drunk with me.

He was unintelligible and reckless, and I had enough. So I went home and found sanctuary under my bed covers and in front of Netflix (who ended up being a better date anyway).

The next morning, I awoke to three voicemails and 15 missed calls of nonsense. I was enraged. Who did he think he was? I'm a lady, God dammit, and he threw me around like a rag doll. I didn’t ask to be treated this way.

I find myself at a standstill with the unfortunate truth: I’m currently pissed at my hookup, but I need to remind myself I'm not allowed to be (*slaps myself in the face*).

This guy and I embarked on a casual fling. I knew it was noncommittal from the beginning, but for some reason, I expected some semblance of chivalrous behavior.

I know he doesn’t owe me anything because I never asked him for anything. And technically, he wasn’t -- and isn’t -- obliged to be anything but himself.

But I wasn’t concerned with logistics; I just knew I felt overcome with disappointment.

Throughout our fling, I didn’t know if he was “The One.” So when I felt myself actually getting disappointed, I realized maybe I was more invested in him all along, and maybe I shouldn't have given up on him so easily. Maybe I actually should have asked for something more.

We live in a dating culture of blurred lines. We want to play it cool, but we always need reassurance. We want to be the no-hassle girl, but we've got real feelings trying to rise to the surface. And we don’t know what’s worth fighting for and what isn’t, so we never know what to do when men disappoint us.

Above all, we feel as though we’re owed something without having a single candid conversation about what we want.

Here's what it comes down to: Unfortunately, your hookup doesn't owe you even a modicum of basic respect. You have to ask for what you want.

If you want something more, don’t settle for something less.

My biggest downfall is selling myself short, and my greatest fear is staying in an unsatisfying situation too long. I'm a master at doing both -- and it's time to master something other than self-deprecation.

Voice your opinion. Don’t suppress it. Find out what you really want and abide by it. Treat your needs as paramount, not easily bendable to fit someone else’s.

Stop blaming others when you’re the common denominator.

My hook-up buddy didn’t choose me; I chose him.

I took a leap with my eyes closed, and I kept them closed because I knew I wouldn’t like what I’d see.

But it’s time to open them.

It isn’t by accident that all the men I’ve ever roped in have been wrong for me. My discretion is what’s been wrong. And, even more than that, my silence: My hookup disrespected our plans and, in my eyes, our intimate bond, and the moment that bothered me was the moment I should have spoken up.

Don't keep it casual if your feelings aren't casual.

I thought I could be the girl with a hard exterior and a soft heart. But it turns out I’m just the girl with the soft heart and the even softer exterior. And when I love, I love with no less than all I have to give -- and it’s time I start loving myself just the same.

I'm no longer interested in half-assed love and superficial connections. I'm no longer willing to play the part of “ticking time bomb” in an uneven minefield.

I'm no longer afraid to walk away from someone who keeps me tethered on his thread, even while I'm drinking alone in a bar waiting for his last-minute decisions.

And there’s nothing wrong with any of that.

Life is painful enough on its own, so why inflict more pain on yourself when you can opt for happiness instead?

I expected everything when my hook-up buddy promised me nothing. And in the end, I suffered more than I bargained for. It hurts to hurt when you're not allowed to hurt.