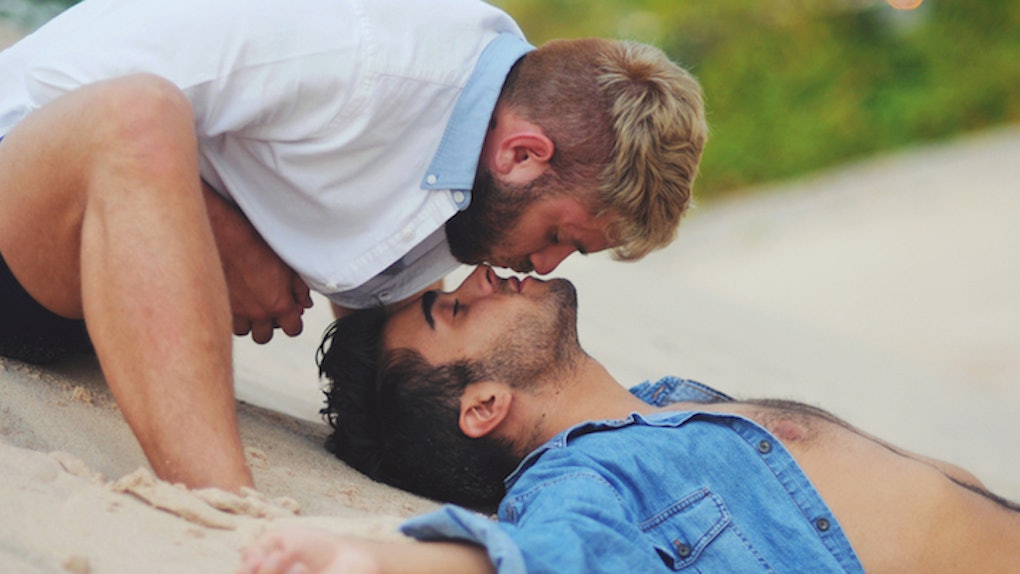 I used to revel in the idea that being gay was just a phase. A train stop that lingered a little too long because there was an obstruction in the tracks.

It was my friend's mom who first said it, not to me, but to my friend. Why she outed me to her mother is another thing entirely.

One day, we're on the phone and she told me, flat out, "My mom said you liking guys is just a phase. You'll grow out of it in like college or something."

I sighed with relief. Then I laughed. But the phase never ended.

I continued the next few years, telling myself it would go away and lying to make myself feel better, while still attempting to pursue relationships with women.

There was always a nagging feeling, a gurgling in my gut and a tapping at my skull, that it was never going to work out.

"I just haven't experienced being with a woman yet," is what I would use an excuse.

I never did get to that part of the relationship, thankfully, because I dwelled so heavily on the tapping and the gurgling that we never even went on a third date.

I tried my hardest to not be gay. I tried my best to embrace the stereotypical phase of my fleeting homosexuality. I tried everything to be "normal."

We would hold hands while walking to class, give each other small pecks on the cheeks as we departed and I would still walk to AP statistics not feeling any happier or any different.

Then, I went to college. The final battle of my friend's moms prophecy was about to commence.

I shirked off the idea that my sexuality was a phase and went head first into what was supposed to be the place where I was to confirm or deny my gay card. The journey was, more or less, the one towards my degree, but side quests led me to an old flame from high school and a man of complex ideologies from North Carolina.

Both ended terribly, but both contributed to the answer I was looking for.

From my first day to my last day, I never really looked at a woman the same way -- because I wasn't interested.

That's not to say that women are wholly unattractive, or I feel like beneath their clothes lies a gremlin begging to be fed, it's just that I remembered the nagging and the tapping and I listened to it for once; almost like Morse code.

It was just there, staring me dead in the eyes, singing a Disney song. Or was it a Broadway show tune? Neither. I think it was actually "Sweet Child O' Mine" by Guns N' Roses.

It became so clear to me in that moment, that I think I began crying. It was difficult because I knew that, eventually, I should come out.

I don't think the decision to come out was ever "easy" for me. By default, I spend an average of 10 minutes thinking on any minute decision I am to make on any given day.

To date, I have come out five times, all equally difficult with their own unique quirks and sensibilities.

In a way, my friend's mom was right that it was a phase; she just wasn't right about what the phase was. In the span of eight years, I shifted from not knowing who I was, to telling the world who I actually am.

In the span of eight years, I broke hearts, became heartbroken and attempted to ignore an important part of who I am all for the sake of normalcy.

In the span of eight years, I let one woman's opinion set a track for my future when I could've set it for myself. For the first time in eight years, I'm ready to revel in a new idea where I'm not led to believe the opinions of others.

I am ready to finally just be gay.