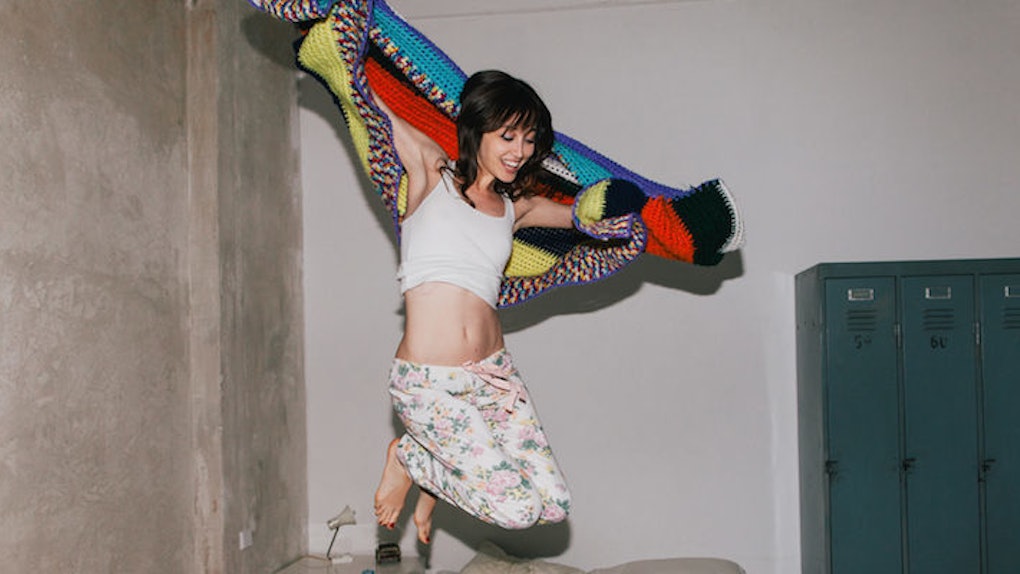 Look Up To Yourself: Why You Should Be Your Own Role Model

If you read my articles avidly, then you know by now that I got my heart brutally broken by someone I loved deeply. The pain was unlike any other pain I have ever felt before -- including the worst physical pain I’ve endured in the past. It rendered me a complete robot.

I couldn’t eat. I couldn’t sleep. I became one of those girls who take everything to heart. Every little thing that went wrong seemed like a tragedy. "Crying over spilt milk" quickly went from being a figure of speech to a literal happening.

But the worst side effect of my heartbreak was that I could barely think.

What killed me was my inability to navigate my mind. My work -- which was the only stable thing in my life, the thing I could count on the most -- suffered immensely. It took a hit, despite my best attempts to salvage it.

I’d show up at my desk and drift through the day, lifeless and hopeless. I couldn’t help it. My days were spent drowning in self-pity, and my nights were spent crying myself into a nightmarish sleep. I was anything but proud.

I would think about how all of the strong, beautiful, badass women I admired would handle the situation. How would Elizabeth Taylor or Whitney Houston or Angelina Jolie deal with this kind of heartbreak? They must have surely experienced some form of it.

But they still found a way to be ball-busters, have wonderful careers and make names for themselves. I would say to myself, Why can’t I be like them? Why can’t I be the woman who glides through life, moves forward even in the toughest of times and emerges as a butterfly?

Those women sparked an envy in me that I couldn’t suppress -- until I realized I could be one of those women, if I just let myself. I was the only thing standing in my own way.

I'd started believing the worst about myself, and though I knew I didn't have any control over what had happened, I still didn't know how to regain my confidence.

You’ll be kinder to yourself.

It’s hard to pick yourself back up after falling. Where there is no incentive, there is no motivation. For whatever reason, we’re much nicer to our friends and family than we are to ourselves.

Sometimes we can't pick ourselves up because we believe what other people have to offer is much greater than what we would ever be capable of offering. We assume we -- and not other people -- are the only works-in-progress around.

Well, the honest truth is that other people are works-in-progress, too. They just don't go around broadcasting their flaws.

You need to forgive yourself as easily as you forgive other people. You aren't the only one who messes up; the rest of the world does, too. We're all masters of disguise.

Know that other people look up to you.

You, reader, are probably not a celebrity. And that's okay. But it doesn't mean that people don't look up to you.

You may not have fans, per se, but you do have cousins, siblings, parents and friends. And they model their behaviors off you. It’s important to keep in mind that our actions affect others, even when we don't intend for this to happen.

If you treat yourself like a role model, you will always hold yourself to higher standards -- that is, to the standards of the people you've always admired.

Remember that you’ve been through worse.

We often underestimate our strength and fall prey to our weaknesses. The darkest parts of ourselves trap us in and take pride in keeping us captive, and it's up to us to burrow our way out.

If you haven't been through anything worse than a breakup, you will someday. And when that day comes, you will need a mindset as tough as steel.

And -- most importantly -- you should be your own role model because the people you look up to might not be able to fulfill those roles forever. They could give up on themselves at any moment.

In the end, you are the only one you can truly trust. Some may say this is cynical; I think it's realistic. Tomato, tomah-to.

Once I began looking up to myself, I forgave more easily. I moved forward. In the face of adversity, I looked to the future.

To become our best selves, we first have to be our worst selves. So make your mistakes, and take them in stride; they're just part of the road map leading to the person you always wished you could be.