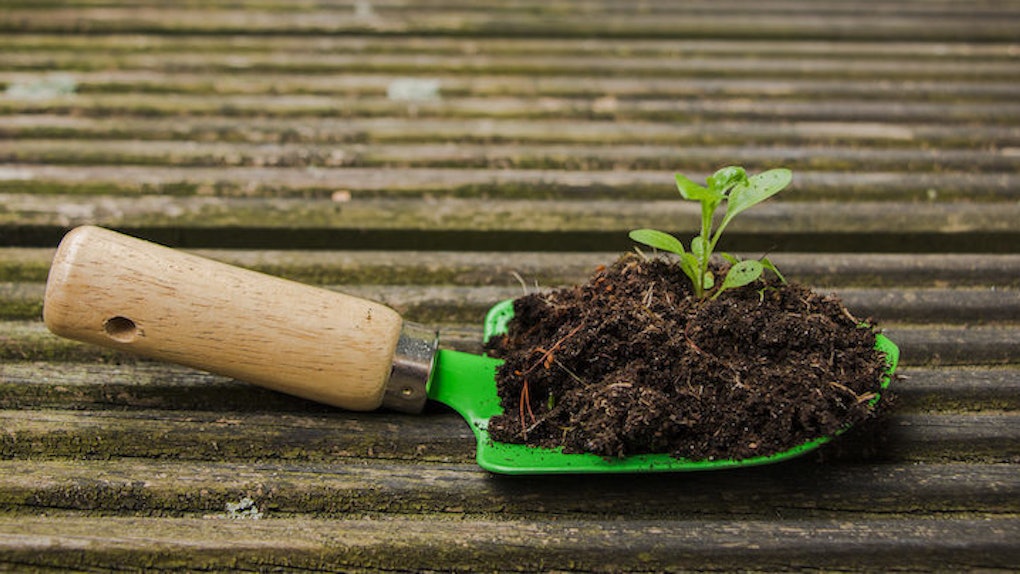 It's Not Easy Being Green: How To Be Aware Of False Eco-Friendly Labels

Just recently, the United Nations held the Climate Change Conference in Paris to discuss current environmental issues and different initiatives that are going to help combat the imminent crisis.

In addition to the annual Climate Change Conference, countries’ governments have begun to prioritize sustainability as a part of their political platforms.

For example, Barack Obama has launched a comprehensive plan to reduce carbon emissions by 32 percent by 2030, the new Canadian prime minster Justin Trudeau has promised to enhance Canada’s environmental commitment to minimize the country’s carbon footprint and various countries in Scandinavia, including Sweden and Norway, produce energy from over 50 percent of renewable resources.

But anxieties about our precious natural world are not new.

The history of environmentalism dates back to hundreds of years ago, while staunch activism started to proliferate in the early 1900s.

Only recently have governments, corporations and individuals started to pay close attention to environmental news and their own personal practices that may negatively affect the world around them.

Out of all of these efforts, some are genuinely noble, but others are just attempts to jump on the activism bandwagon as a public relations tactic.

It’s called "greenwashing," and being a theoretical communications major in college, I recognize the term all too well.

Essentially what will happen is that mass corporations will begin to promote their brands as environmentally friendly.

They will say their products are recyclable, a portion of the proceeds are allocated to a "green" charity or even that they construct their products out of second-hand parts.

What tends to distinguish companies that greenwash is that more funds are generally spent on advertising or marketing campaigns than the actual environmental initiative itself.

Gas and car companies are probably the worst propagators of this, and for obvious reasons.

But, there are also a number of other mass corporations that manufacture and sell ordinary items like clothing, beauty products and food that choose to participate in the green trend.

Coca-Cola and Huggies, along with Herbal Essences are just a couple of corporations that have been accused of participating in the questionable marketing practice.

It was just a few years ago when Coca-Cola claimed to be a core purveyor of environmentally friendly initiatives, when they released their so-called green "PlantBottle."

The company advertised this drinking bottle as “30 percent plant-based and 100 percent recyclable,” when no evidence was provided to support this assertion, causing its credibility to come into question.

Similarly, a few years ago, diaper company Huggies claimed to implement a "green" approach into its business practices.

Packaging was labeled with "go green" visuals, and the product was advertised to be manufactured out of “organic cotton, hypoallergenic properties, in addition to aloe and Vitamin E.”

What really distinguished this marketing campaign as greenwashing, however, was the fact nearly all diaper companies possess these characteristics.

The company also blatant disregarded the fact these products are extremely damaging to the environment.

Most diapers are not biodegradable and end up in landfill, which greatly effects the lives of wildlife.

But massive corporations and businesses have not been the only ones to follow the green trend.

Ordinary individuals are beginning to become increasingly consumed with the protection of the environment or the image of it.

While scrolling through my Instagram feed, I frequently see many friends and other social media users advertising photos of newly purchased, supposedly environmentally friendly products.

Accompanied by artistically edited pictures of food, beauty products or clothing, are captions like "buy local," "say no to fast fashion" or "support fair trade," along with a number of supportive hashtags.

Do they really know the atrocities that are plaguing our precious planet and what is really contributing to the ongoing climate disaster?

It’s easy to buy a couple of cool products that have been branded and marketed strikingly well, and pass yourself off as someone who cares.

But let me ask you this: Do you really know why it is important to buy local?

Can you legitimately tell me all of the natural ingredients that are in your beauty products?

How exactly do your consumer habits reduce your carbon footprint?

Are you thoroughly educated regarding all of the pollution in our natural world, and the colossal effects it has already had on our planet?

Next time you decide to post that picture of your newly purchased makeup products or those locally grown vegetables, I encourage you to ask yourself these very questions.

And don’t get me wrong; I am not saying that everybody who advocates green initiatives through social media is a poser.

How can we distinguish between those who want to convey a certain image to their followers and those who genuinely are tree-huggers?

Now, by no means would I consider myself an environmentalist.

I only possess a fair bit of knowledge on the subject from my internship with a Canadian environmental magazine last year.

I am aware of the horribly negative effects that humans have on the Earth and how quickly our natural resources are depleting, but in no way do I pretend to care more than I actually do.

I try to make a conscious effort to do what I can (such as recycle or use reusable products), but at the same time, I do not go out of my way to actively reduce my carbon footprint.

While my peers’ and followers’ social media profiles may not be all that genuine, they do accomplish one thing: awareness, the most important tool in achieving any sort of change.

By constantly posting environmentally conscious images, news stories or even statuses, more and more people are exposed to what is happening in our natural world.

That is why maybe — just maybe — these green trendsetters and followers could be catalysts for environmental advocacy, sustainability and most importantly, change.

After all, it’s happened before where social media has inaugurated a revolutionary movement, and it can happen again.