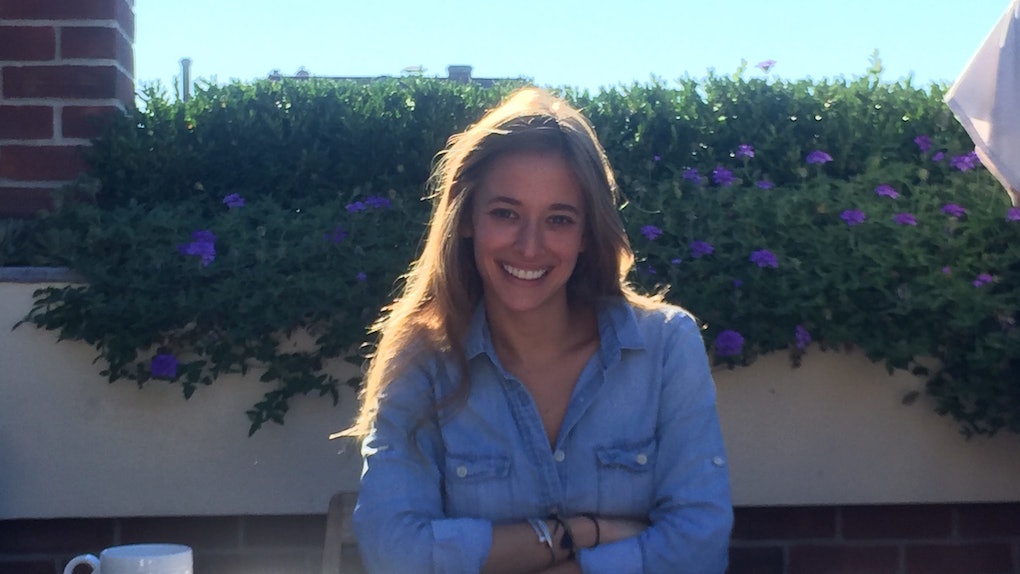 Do you remember that annoying kid from your childhood who never stopped asking why and somehow had a follow-up question to every answer?

You’re probably thinking we were all that kid at one point or another. Well, I still am that kid, just 20-something years older and maybe a little taller. That insatiable, albeit sometimes intolerable, curiosity first ignited in me a passion for news and journalism and then drove me full speed ahead toward a career in the media industry.

I had finally found a career in which I could ask “why” infinite times over, and I wouldn’t lose any friends along the way.

When I landed my dream job out of college at ABC News, I was first in awe of the seemingly charmed world of broadcast media. Yet, I realized I no longer consumed news in the traditional ways in which it was being produced.

While the lessons I learned from incredible industry veterans provided a crash course for anyone starting a career in media, I quickly began to question my own longevity at a place that was producing news so drastically different from that which I consumed.

With that directive in mind, I transitioned to the Huffington Post, hoping yet again to find another answer to why. There, I learned the fundamentals of digital media and online video. Inspired by the swell of creativity in content, aggregation and distribution, I was eager to play a significant role in changing the way my generation consumes news.

At this point, I’m sure you’re thinking to yourself, "This girl really wasn’t lying about the annoying kid thing at the beginning."

So let me preface this by saying that while I am not advocating for the impatience that is so characteristic of our generation (and often perceived negatively), I am a proponent of harnessing that impatience toward greater productivity and passion.

And so here goes my first foray into the “startup” world that four years ago I might as well have considered outer space. While pursuing a master's degree in public policy, I teamed up with two Harvard Business School students who had a similar ambition.

We dreamt up a little something called the Daily Pnut (pronounced peanut!), a daily newsletter that will make you laugh, and as we like to say, sound marginally more intelligent (that might be giving ourselves too much credit!).

This may seem obvious, but it hit us that most 20-somethings shouldn’t have to read the New York Times or Wall Street Journal to stay informed about the world. Talk about a time sink.

As citizens of a global world, staying informed should be an integral part of our daily lives. Yet, consuming the news shouldn’t be such an arduous task.

With more and more news consumed before even getting out of bed, humor becoming inherent to reporting (think John Oliver), and an overwhelming number of sources to choose from, we thought why not just make it easy and create a product that speaks to us – in voice, style and platform.

The Daily Pnut is our generation’s newspaper 2.0. In a digital arena with infinite perspectives, voices and information, we thought to provide a concise, irreverent and satirical daily email anchored in firsthand accounts of citizen journalists in some of the world’s most contentious places.

Leveraging our international backgrounds (an American, Egyptian and a Brit) and our sometimes cheeky sense of humor (I don’t take credit for this), we strive not only to inform our generation, but to engage them as well.

We’ve brought our readers dispatches from Athens, Tehran and Kinshasa and have expanded our product portfolio to include “nutshells” – everything you need to know on a complex issue in just a seven-minute read (think: Iran Deal, Greece, Yemen).

Sprinkling in those “stranger than fiction” facts, we give our readers no choice but to keep reading. Interspersed you’ll also find the article your coworker will send to you three weeks from now and the news you don’t necessarily need to know like the latest on Porsche’s concept car to make your dad swoon.

We think we’re onto something good. Not only do our friends unknowingly repeat our jokes at dinner parties when we’re around (“don’t be a dra(ch)ma queen”), but our growth has been tremendous since the Daily Pnut’s inception only a few months ago.

But the journey does not end here. There’s a long road ahead for the Daily Pnut, as we aspire to keep our generation engaged and informed. I am excited for what’s next. Better yet, it means that “why” is not off the table any time soon.

So, with that, I challenge you to ask yourself why and see what answers you come up with. You might be surprised.