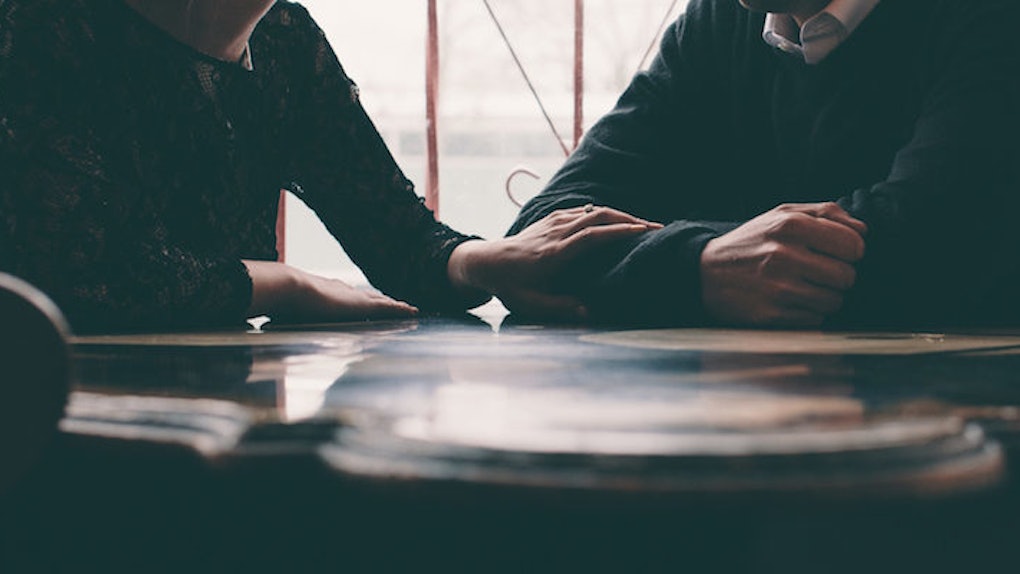 I Admitted I Was An Alcoholic, And It Was Pretty Anti-Climactic

You’re just having fun. It’s what everyone does, and isn’t it all part of the college experience?

We’re expected to get too drunk, have war stories, wake up hungover the next morning and groan, “What did I do last night?” to our friends over bagels.

Some of us really don’t have problems. But some of us (me) left happy hour after two drinks because we felt the familiar drag of “That feels good, more, more, more.”

We grabbed a bottle of wine and headed home to be alone without judgment.

But you ignore it because you’re in college. This is how things are.

Plus, it’s wine, which is basically not alcohol.

It’s fine. You’re fine. No one is there to see.

In your early 20s, it seems okay. You’re blowing off steam after a long week or day.

You’re bonding with coworkers. You’re taking advantage of your youth.

You’re taking advantage of the happy hour specials because you think you’ll be losing money if you don't get two drinks instead of one.

You’re drinking a little too much at a date so the conversation flows better.

You’re going out with your friends because you need to make new friends in a new town.

But then, you open up a bottle of wine at night by yourself because you “need to unwind.”

You’re going to have one glass.

Who has one glass of wine?

Two is fine. Let’s do that.

But this feels good, and you know, that was a heavy pour.

More than half the bottle is gone, plus it tastes good. Aren’t you feeling more relaxed?

No one is there to see anyway.

I was never a daily drinker.

I could go weeks without having a drink.

I know because I would say to myself, “See? I went weeks without a drink. I’m fine, and you’re overreacting.”

I have a great job, which I love. I have friends who aren’t just drinking buddies.

I’m in a healthy, loving relationship with — in my opinion — the most wonderful human being who has ever existed.

I love my family.

My problem is that once I have a drink, everything in me wants another.

But alcoholism doesn’t have to mean any of that.

Alcoholism doesn’t mean you can’t function without alcohol. It doesn't mean you have the shakes or are chugging mouthwash in the bathroom.

It can mean all those things, but you can be an alcoholic without any of that.

Basically, alcoholism means you use alcohol in a way that causes problems. It’s not normal drinking.

As I’ve learned (and have been shocked by), normal drinkers aren’t spending dinner eyeing the bottle of wine, mentally rationing how many glasses are left and unable to fully listen to what someone is saying to them.

Normal drinkers can have one drink without every fiber of their beings screaming “more, more, more” to them.

Neither do they hear “more, more, more” until they wake up, confused and scared about what they did the night before.

At that point in my life, this was rare a feeling for me.

But it was still a struggle, so I tried to fight it with moderation. I thought if I could drink in moderation, it would mean I didn’t have a problem.

But I've slipped up more than once.

It would be a night out at the bar with friends, and I’d say, “Okay, let’s have a few more. You’ve been doing well.”

The day I quit drinking was the morning after one of those nights.

Did I do anything wrong? No, not this time.

But I sat with myself and felt searing shame.

It was a familiar shame that never gets more comfortable. It was a dark, noxious cloud that made me think horrible things about myself and my life.

Then, there was this tiny part of my brain that said, "You know this isn't normal, right? You know what this is, right?"

How many more times was I going to do this and blame it on being in my 20s?

When does this stop? So, I decided to stop it.

Whenever I read about alcoholism -- and I did it a lot, as I imagine a lot of alcoholics trying to convince themselves they don't have a problem do -- it seemed like there was a formula.

There is the buildup. Then, you hit rock bottom. After, you realize you're an alcoholic.

Your family will be relieved, and there will be the happily ever after, albeit with struggles.

I sat there on my bed, probably smelling bad and hungover, waiting for my shining "a-ha" moment.

I went to my boyfriend's apartment. I told him I was an alcoholic, and that I was going to get help.

He was incredibly supportive, but there was no shining moment.

I called my mom and let her know I was an alcoholic and needed help. She took it well and was supportive, but it was a casual conversation.

Again, there was no shining moment.

I texted my friends, who were equally supportive. But there was no shining moment where I felt redeemed, forgiven and washed clean of my sins.

This went on. It felt anti-climactic.

I worried I was doing something wrong. Maybe there was a step I'd missed, or maybe I was a fake, newly sober alcoholic.

I worried I was overreacting, and maybe I never had a problem.

Again, I hadn't gotten a DUI and I'd never been arrested.

Those are the things that signify a problem, right?

Over the years, I've gotten really good at saying, "Okay, but I've never gotten into real trouble, so ..."

But I've finally come around to realize the reason for this is pure luck.

I'm really good at lying to myself.

I watch a lot of "Intervention." For all the self-indulgent navel-gazing I do, I'd never thought about why a show that follows people to the bottom of their addiction is so soothing to me.

While I'm getting sober, I'm realizing why.

There was something comforting about people's problems being packaged into a single problem with a clear solution.

Once they got help, they were happy. The end.

Everything was packaged neatly in the span of one hour.

It took a little while, but I finally realized there's no "shining moment." Life doesn't come with soothing music after the commercial break, with a crying family thanking God that you accepted the help.

Sometimes, getting the help I need is anti-climactic. It doesn't come with fanfare.

Knowing that I'm doing what's right for me needs to be enough because if I thrive off external validation, I'm going to constantly be let down.

I have to be doing it for me. That has to be enough.

I have to be enough for me.

I'm working on it.