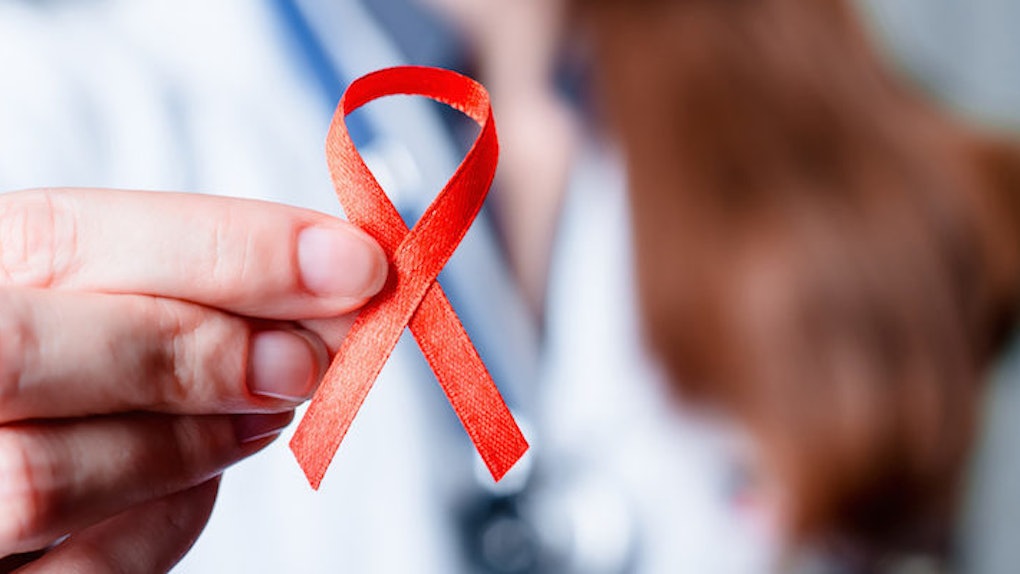 Why Education Is The Key To Ending Discrimination Against HIV/AIDS

HIV/AIDs has quite the stigma and judgement attached to the diagnosis. Many uneducated people believe it's "a gay thing" or the result of junkies sharing needles ("a druggie thing").

The diagnosis has quite the shock value. It's not something people want to be exposed to or educated on. Because of this lack of education involving the disease, many people are living completely unaware they're infected.

About 1.2 million people in the United States were living with HIV at the end of 2012. Of those people, about 12.8 percent did not know they were infected. If you don't know you have it, you cannot protect yourself or others from contracting the disease. In the United States, about 50,000 people are newly diagnosed each year.

It's not a "gay thing" or "druggie thing." It's a "sexually active in college thing."

It's not a "ethnic thing." It's an "everyone thing." In 2012, 44 percent of African Americans were 44 percent of the total infected, and whites were 31 percent. Hispanic and Latinos fell behind with 21 percent.

Young people, those between the ages 13 to 24 are especially affected. This age group accounted for accounted for 26 percent of all new HIV infections in 2010.

No one is immune to death or to AIDS. Every time you are sexually active without a condom, you are subjecting yourself to the risk. How do you know if your sexual partner is clean? Sure, that person can tell you he or she is, but that's just a speculation.

That person most likely believes that because he or she hasn't experienced any symptoms, and no testing has been done to solidify this belief. Not having any symptoms isn't good enough proof to assure your partner that you're clean. You won't know until you know.

HIV/AIDS awareness has come along way since its initial appearance, and we have a better understanding when it comes to prevention and contraction. But one of the most critical milestones we can take as a whole in order to raise awareness and find a cure is acceptance.

Discrimination, judgement, prejudice and stereotypes are no stranger to the disease. Until the majority of people stop thinking they're above contacting the disease, no progress will be made.

Ryan White was a key figure in speaking out against this stigma and discrimination. At only 13 years old, White was diagnosed with HIV/AIDS due to an unclean blood transfusion.

Even though he wasn't part of the "gay thing" or "druggie thing," people still judged him as if he were. He was expelled from school and constantly taunted and discriminated against.

Instead of acting out in a hostile way, he accepted his diagnosis. He understood there would be stigma and discrimination that came with it. He knew people were scared of the uncertainty and the unknown. He lived his life devoted to raising awareness, speaking out for those who couldn't and arguing for acceptance.

In 1988, White addressed the Presidential Commission on Aids, stating,

Because of the lack of education on AIDS, discrimination, fear, panic and lies surrounded me. [...] My family and I held no hatred toward those people because we realized they were victims of their own ignorance.

White became the poster child for HIV/AIDS in the US and made milestones for future research and awareness. White died at 18 years old. He accomplished more in his 18 years than most people do in a lifetime, and he has left a lasting impression.

Today, even though we know AIDS can't be contracted the way people thought during White's time, he still leaves us with a very important mission. Awareness is as important as ever.

Don't be a victim of your own ignorance. Accept the fact that the disease is spread like any other STD. It's not limited to a specific group, race or sexuality of people.

HIV/AIDS does not discriminate. It can affect nearly anyone, especially those who are experimenting with sex and drugs, like many college students are. Let's educate ourselves and others and move forward while leaving the stigma behind.