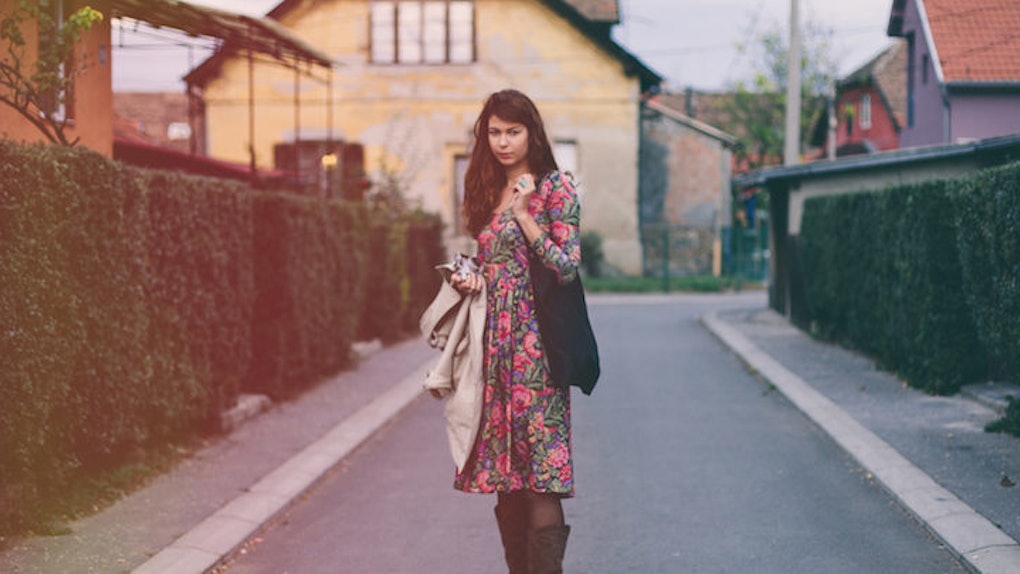 Back Home: How Acknowledging My Roots Helped Me Grow Into My Future

On a cold, late-November night in Evansville, Indiana, I sat in my mom’s Honda Accord in an empty parking lot.

I was listening to one of my many high school CD mixes I always draw out of the storage room whenever I visit from New York. The occasional car would drift by as a reminder that I, indeed, wasn’t alone. I saw their headlight ghosts, encircling me in the streets I used to own, with my music enveloping the entirety of my car and mind.

I see the ghosts again, and this time, they pull up right alongside me with a face locked in the window that I am all too familiar with. My friend Mitchell and I have made an unorthodox tradition of meeting in the empty parking lot since we were in high school, more than eight years ago.

I get out of the car and we continue our ritual of life-debriefing sessions. As we caught up, I found myself consistently choking up, hiccupping through our conversation and trying as best as I could to prevent myself from digressing into a full stream of hyperventilating sobs.

The ritual was the same as it ever was, but tonight, something changed. It was as if a crossroads I had been avoiding for far too long finally emerged.

This feeling encompassed something I couldn’t directly pinpoint, but I felt a rising lump in my throat with each passing day, as I took my Thanksgiving vacation residency in a town I once desperately wanted to escape.

I began to intentionally drive past places throughout the city that I knew would trigger feelings of nostalgia. I seemed to want to feel the sting.

The real question I continued asking myself remained in the forefront of my mind: Why was I feeling this sting in the first place?

I had a hectic, but enviable life in New York City, with a well-paying legal job, great friends and experiences truly devoid of normalcy. I had everything I ever wanted in my life.

Yet, here I was, in the middle of the open country near a former high school friend’s house, longing for the past in a way I never encountered.

Was this where I was supposed to be all along? Why did I have this sense of pining? Should I leave New York and draw back to my roots? I was befuddled at the thought of this, knowing something was churning in my blood that I had to confront.

I lived in Evansville for 18 years, encompassed in a bubble devoid of the outside world. My high school friends and activities enveloped the entirety of me. I never devoted real time or thought to my future. This, in its very essence, made me happy and content.

Upon high school graduation, I made my first move away from Evansville to Indianapolis, Indiana, where I began college. Upon entering the university, unpacking my belongings and saying farewell to my parents, I felt the first surge of change that ever overtook me.

To say I was overwhelmed is an understatement, but it was an overwhelming sense of joy, and unfortunately, entitlement.  Following my freshman year, I studied abroad for the first time in England, finding my way through the entanglement of western European countries I had never given thought to while in my Indiana bubble.

I was absolutely floored upon my return. In fact, I was so engulfed in my abroad experiences that I suffered severe reverse culture shock when I graced Indiana soil again.

How was I expected to be content in Evansville for the rest of the summer, after having explored over a handful of new countries and reshaped my entire mindset?

I was completely altered.

I started dressing differently, developing new passions and acquiring substantially different thoughts and beliefs. The entitlement I felt from leaving Evansville and going abroad grew to a substantial size. I became bitter toward my hometown, and everyone within my capacity who I considered unworldly.

These people didn’t understand me or know what I had been through. The resentment overcame me, and so began day one of plotting my escape from my mundane, pitiful home.

Upon graduating college, I remained in Indianapolis for a year and a half before I started looking for a job in New York City. I knew the first job would be my one-way ticket to the new life I had been aching for for years.

I remember hopping on a plane to New York with barely a tear shed as I ventured into my new world. The change I desired had finally come with the intention of never looking back, packaging my past in Indiana and leaving it there to wilt and perish.

I became absolutely consumed in New York’s culture as the city embraced me with open arms. I was going to concerts numerous times a week, trying cuisines that had never been options for me before and meeting some of the most intriguing people from all around the world.

I was in my element, and I did not want it to be disrupted. Every time someone brought up Indiana, college, high school or anything remotely reflective of my past, I instantly shut the topic down and changed the direction of the conversation. I felt I was above my past and everything/everyone in it.

Six months later, I was on a plane back to Indiana for one of my best friend’s wedding, the first time I had been away from New York since arriving that winter. Right as I set foot in Evansville, a fear crept up.

I felt claustrophobic. A wave of remembrance overtook me as we wound through the streets I sped down years prior. That night, as I lay in bed, I listened to the crickets outside breathe heavy sighs.

The remembrance overcame me as tears began to stream along the sides of my face. I made sure to seek privacy as soon as this feeling emerged throughout my trip, which occurred in minor spells at places where I had lurking memories.

It would be humiliating if any of my family or friends were to ever see me break down like this, and get the impression that I missed this place with an inkling of my being. I had been so adamant about leaving this town and this state; any form of weakness would undermine my entire being.

This wasn’t just a one-time occurrence. It happened continuously as my trips home became more frequent.

It happened again at my college’s homecoming that year. And again at Thanksgiving. And again at Christmas. The feeling dissipated upon my return to New York, and I was finally relieved.

It was a feeling I chose to ignore for a long time, as I decided to travel back to Indiana less frequently.

The spells only got worse. I cut my reunion short that late November night in the parking lot, as I felt my tears about to spill over from the sides of my eyes. I held nothing back. It was a wailing, coughing, dry heaving sob that I had never let myself have since leaving for New York.

It was in that very moment my deep and hidden appreciation for Indiana emerged. It came quietly, as I started to collect myself.

I had been terrified, up until that point, to acknowledge any form of compassion for my hometown, in the fear of taking off my mask as someone who never looked back.

To reflect is an essential element to any form of change, and it's also imperative for growth. By not acknowledging and embracing the past, my development became stunted, and the urge to combat it only led to overarching anxiety.

I felt a wave of relief suddenly overcome me. I had a sense of satisfaction in the life I was leading in New York. I had an anticipation of the person I could now become, and I had sincere gratitude for the roots that enabled me to make that transition in the first place.

As I sat there in the dead of night, with complete darkness encircling me, a faint whiteness in the distance caught my eye as a car’s headlights emerged over a hill.

The brightness drew closer, but I didn’t see a ghost this time: I saw a light, guiding me home.