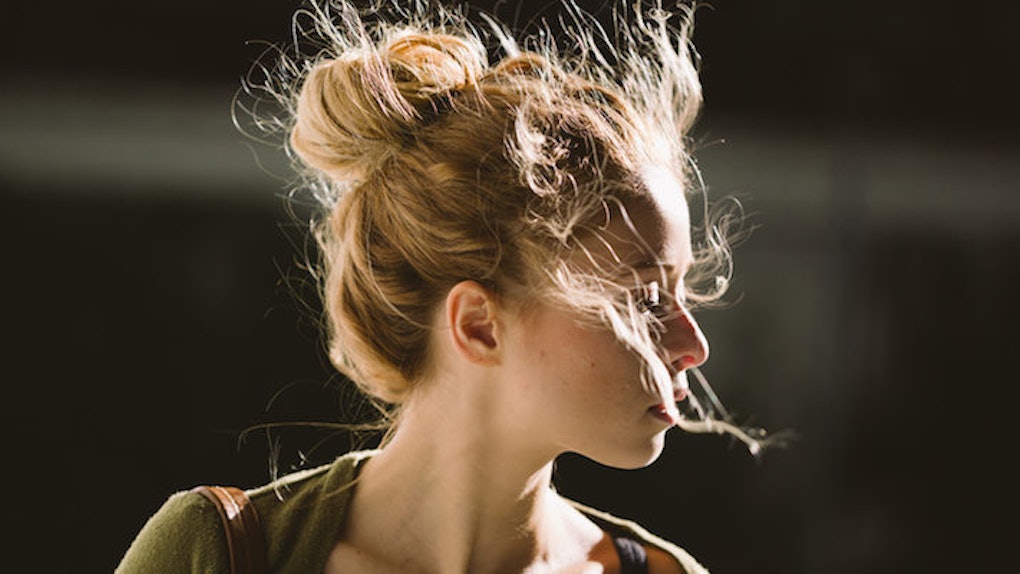 I Was In An Abusive Relationship, And I Didn't Even Know It

I was in an abusive relationship, and I didn't even know it. How is that possible, you ask? Well, I'm here to tell you that abuse can come in many forms, and it's not always physical.

The effects of domestic violence are traumatic, and mental abuse can be just as damaging as physical. To keep personal details light, I will just say it was with a boyfriend who I was pretty serious with, as serious as it could be given the strain on the relationship.

At the time, I was convinced there was no way I was a victim of domestic abuse. But I've grown a lot since then, and after the relationship ended, I took myself on a journey to seek self-love and rebuild what was left of myself.

But, how do you know if it's abuse if there no physical evidence? Well, there are several red flags to look for. And I beg of you now, if you or someone you know has experienced one or more of these things, please seek help.

My ex always had to be in control of my friends, my time, my body and my mind. When we were younger, it started with things like making me delete social media accounts. I wasn't allowed to talk to certain people or guy friends because he was distrusting and was convinced I was doing something wrong.

Our fights would escalate to him degrading and belittling me, and I would get frustrated because it would just make me more desperate the angrier he got. He had complete control of how I would feel throughout any given day.

As we got older, it progressed to him telling me how to spend my time and guilting me into giving up what I wanted to do in order to help him. I found myself spending less time with friends and family, and more time doing him favors, running his errands and spending what little money I had on him. He often would use fighting words during our arguments in relation to my body or how I looked.

I would go out to eat with friends, making sure they knew not to tell him so he wouldn't find out. He would not have approved, and he made it continuously evident that his love for me coincided with the way I looked. My emotions were a roller coaster, and he got to choose when the ride ended and when it began.

At that point in time, and throughout the rest of our relationship, I was insecure, weak and completely dependent on his approval. He thrived off of my devotion to him.

2. The Physical, But "Not Really Physical" Abuse

He never punched me, never gave me a black eye and never did any real physical damage to my body. But I know today that if I had stayed, it would have progressed to that.

A lot of the damage done to me was mental,  like leaving me alone in a park after midnight when he decided he was too mad to drive me home. But eventually, he got more aggressive. It started slowly. He would grab my arms or hands just tightly enough to where it was uncomfortable, and my pale skin bruised just slightly.

Then it reached the point where I found myself with my back against the wall, his hands around my neck and the tips of my toes barley touching the floor. The first time should have been the last, but I would seek out any reason I could think of to convince myself he would change.

This is what I look back on that gets me the most frustrated. Most people I know who either experienced me going through this or whom I've told this story to asked why I didn't just break up with him, especially if he put his hands on me. But, it's not that easy.

When someone has a sort of dominant force over you, especially in an intimate relationship, it's like being brainwashed. You know in your mind it's wrong, but you are so blinded by love, hope or fear that leaving is not always an immediate option. You cling to that last string of hope you have that says, “Tomorrow it will be different. He'll be different."

Then tomorrow comes, and it happens again. And you repeat the same thing over again until one day, it's different. But it's because you chose for it to be that way, and that is the day you finally get out.

When someone is in an abusive relationship, they tend to isolate themselves from family, friends, work or school. It can be for several different reasons: Maybe they don't want to let too many people get too close for fear of them finding out, or maybe their abuser is intentionally isolating them.

Looking back now, I see it was a bit of both. But mostly, in my mind, I felt I had to isolate myself in order to give my ex my full attention, to keep him happy and to stay on his "good side."

I saw my family less, lost friendships with people who meant a lot to me at the time and wasn't even focused on school. His life was mine. I was in no way my own person, and that was a scary realization.

Luckily, I was surrounded by my best friends during the lowest point in my relationship with my ex. And I was fortunate enough to have them stick by me after all the crazy they had to endure, a lot of which stemmed from the hatred I felt within myself for being in the kind of position I was in.

I would physically abuse my own body by excessively drinking, starving myself or self-harming. I get sick at the thought of how I treated myself over another person, and that he felt it was OK to allow me to feel that way because of him.

I spent so much time anxious over what I looked like or how I acted. I fell into a deep depression that consumed my life. Even the joyful moments weren't enjoyable because I was just waiting for them to end.

This sign is hard to spot if the person is good at hiding it. I wasn't always good at it, and that's where my friends intervened. I am so lucky they did, but unfortunately, them telling me it had gone too far didn't resonate with me.

I was worried that any day might be the day things get too rough, that he'd get too drunk or I'd mess up too badly. My life was never at ease; I was constantly on the edge of my seat. Fear is an overwhelming emotion. For me, it was constantly changing and all-consuming.

What I need to clarify about my situation, in particular, is that it goes a lot deeper than just these surface issues. At 24, I am just now starting to talk about it, but it took a lot for me to get here. I kept it quiet because I didn't want it to define me. I was worried new friends would judge me, or potential new boyfriends would somehow think less of me.

Now I see that it only affects me negatively when I let it. I took a lot of time to find who I am on my own and to be happy, healthy and comfortable in my own skin. Everybody's journey through domestic violence and abuse is different. Some have it much worse than I did, and some were lucky to get out before it began. But, that doesn't make your story any less important.

There are so many services offered and safe places you can turn to when you feel like you have no one to confide in or are scared of seeking help, so please seek them out. It could change or maybe even save your life.

Today, I call myself a survivor. I still have weak moments where self-doubt creeps in and I question my worth, but I keep my mind busy with friends, family and people around me who genuinely make me feel good, happy and glad to be alive.

I still flinch at a raised hand, and I still cringe at the sound of his name. But, my body and my mind are just that: mine. And that is something I wake up thankful for every day now.

I know that one day, I'll find someone who loves it all, just the way I am.