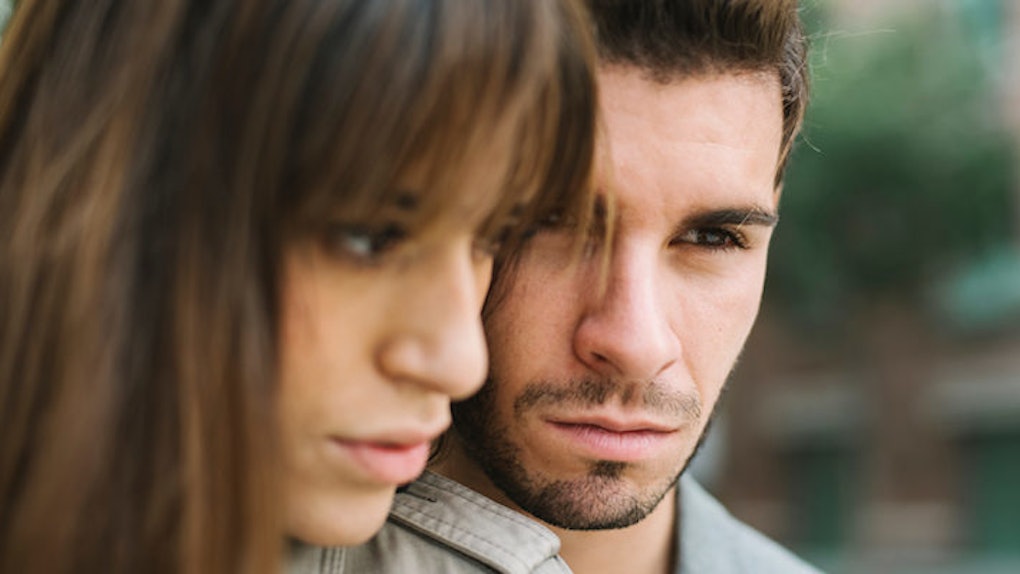 The Types Of Broken Men That Exist In Society

It's no surprise that women are broken considering the men we have to deal with. True, there are many fish in the sea, but so many of them suck that it's like finding Nemo to come across a good one. Off the top of my head, here are some of the types of broken men that exist in our society.

These are literally the worst. Most women can't stand talking to this guy for more than five minutes without wanting to seriously hurt him. You won't even be able to reject him because before you get the chance, he's already making out with himself. The worst part is that he usually thinks he can get a lot more girls than he's capable of, and his exaggerated confidence will lead him to say sh*t to you like "So when are we gonna bang?" or another similar, yet equally uncomfortable statement that is extremely off-putting in every way. (First of all you lost me when you used the word "bang").

This guy thinks he's too good for everyone and that he doesn't owe anyone sh*t except for his presence, when the truth is he should be paying people to chill with him. He's too busy being a pretentious dick and bragging about something that has little to no importance to even notice that people feel that way, though. I guess ignorance is bliss.

These men are fragile and need to be handled with extra care.  Not only metaphorically, but literally.  They will pretend that they have the right to be assh*les because of their napoleon complexes. Seriously, it's f*cked up. Short men feel inferior to other men and therefore spend their entire lives failing to make up for it in other ways.

Be careful- these men can be clingy because they need to feel wanted in order to boost their self-esteem. They also will always exaggerate their height by an inch (as well as their penis size). I think the worst thing about these broken men is that we can't wear heels without feeling awkward standing next to them.

Not all ex-frat stars are the broken kind, but when they are, you'll know as soon as they graduate. The problem with these “men” is that they're used to being a big deal and everyone giving a sh*t about them in the fake world we call college. Now, they're washed up and realize that you actually need a personality and good looks to be successful with women in the real world.

Nobody cares about the sh*t he pulled in college and won't put up with it now – and this guy has trouble getting used to that concept. Be careful, a guy like this becomes desperate when he realizes that girls wont throw themselves at him like they did when he was a frat star.

Then there are the 40 something year old club promoters. Oops, I mean "25" (you can tell they're not really 25 when you see them during the day- wrinkles and all). They're like vampires: only cool at night and then when you see them out during the day they have zero swag. These men are broken in multiple ways, with the main root being family issues and not getting enough attention growing up.

They were like the Kevin Gs of their high schools back in the 70s or some sh*t. Or maybe they never felt "cool," so of course partying with girls young enough to be their daughters is the prime of their so-called career. Club promoters are notorious not only for gypsy-ing their way into clubs, but also for  snatching the virginities of naive, fresh meat when they first move into the city.

This guy thinks he's all high and mighty because he was a second string QB for his college's football team. News flash buddy: you didn't make it pro, so you need to get off your high horse and get a reality check. Their main issue is that they realized they wasted four years of college working their asses off every day for no reason. No one in the working world is impressed by your glory days. Stop living in the past and focus on your future: a desk job.

The problem with these men is that they are always focusing on themselves and what they can accomplish next. They put all of their energy into satisfying themselves rather than satisfying you. The only thing that turns them on is money. A good chunk of the time, "entrepreneur" is really short for "I'm not specifically good at anything.”

The ones who actually make it are the worst kind because then they have this theory that they are god's gift to earth who have minimal skills, but somehow woke up in a new Bugatti.  The only thing these men want to wife up is their company and, when that doesn't work out, they'll probably settle for their own hand and call it a day.

There is a fine line between a cute mama's boy and a pathetic one. Calling your mother often and taking her out on Mother's Day is cute, but if this guy doesn't have his sh*t together, it might be because he needs to step away from the mom. The main problem with these guys is that the first thing they are looking for in a girlfriend is a second mom. I don't know about you, but that just isn't my style. I'm not trying to do someone's laundry and clip his toenails – this is 2013, women have better sh*t to do.  Make yourself a sandwich and while you're at it – make me one, too!

These guys are misunderstood in the sense that it's hard to tell if they're gay or not. If you get a manicure and enjoy a chick flick from time to time, I guess we won't question it. But if you take longer to do your hair than women do, you probably should re-evaluate yourself.

Honestly, unless you grow your hair to a female length, which is a problem in itself, the gel you use to f*ck with your hair for a half hour is literally making no difference whatsoever. One of the best parts of being a man is that you always look the same and you're not supposed to give a sh*t. Cherish it -- trust me, it's not fun on the other side.

20-year-old in an older man's body

This man comes in many different forms: he may be a mama's boy, ex-college athlete, ex-frat star, club promoter and short dude all wrapped up in one. Only a few things are consistent with these guys: they're creepy as f*ck and have trouble accepting the fact that they hit their peaks a while ago.

You can find this guy rolling his face off in the middle of the crowd at a house music show about 10 years too late, creeping on you at the club and then acting like he's mind blown when you say you're in your early 20s (f*cking duh, he's the only one in the entire place who isn't), or at the gym pretending he isn't only ripped because he takes steroids. Another word for this guy is pedophile. Hide ya kids.