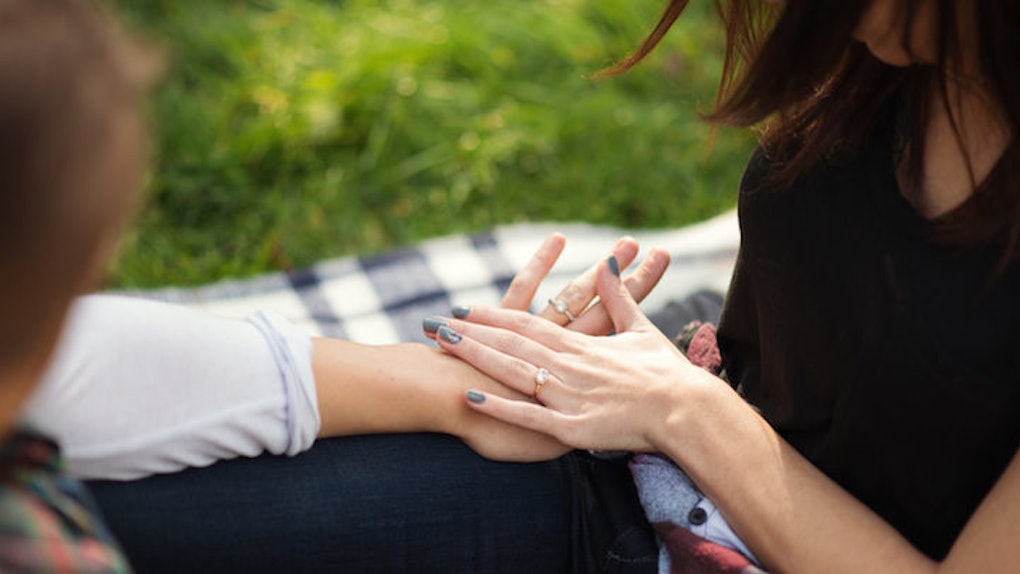 60 Years Later: How Discrimination Has Changed In The US

In January 2013, Aaron and Melissa Klein, owners of the Oregon bakery Sweet Cakes by Melissa, refused to provide a wedding cake to lesbian couple Lauren and Rachel Bowman-Cryer.

Aaron Klein reportedly told the couple “they do not do same-sex weddings,” and even quoted a verse from Leviticus, in which he referenced the Bowman-Cryer family as abominations.

This led the couple to file a consumer complaint with the Oregon Bureau of Labor and Department of Justice.

The bakery owners were ordered to pay $135,000 in damages for emotional and mental suffering.

Under Oregon law, businesses cannot discriminate or refuse service based on sexual orientation, just as they cannot turn customers away because of race, sex, disability, age or religion. Avakian wrote:

“This case is not about a wedding cake or a marriage. It is about a business’s refusal to serve someone because of their sexual orientation. Under Oregon Law, that is illegal.”

This is the latest in a string of incidents where business owners, including photographers, restaurants, florists and bakeries have refused to provide services for same-sex weddings, claiming to be exercising religious freedom.

On the other hand, supporters of the same-sex couples see the religious freedom argument as little more than a demand for "tolerance" of the business owners right to be intolerant.

Gay rights activists and supporters compare these incidents to the segregation and the civil rights movement of the mid-1900s.

With this December marking the 60-year anniversary of when Rosa Parks was denied a seat in the front of a bus, it's hard to ignore some strong similarities.

In both cases, a public service was denied because of prejudices held against a person, and although one instance involved race and the other sexual orientation, the results are the same.

People are left alienated and forced to stand up for their equal treatment.

But. these are not the only examples of individuals being denied a right or public service due to their background, beliefs, physical characteristics or lifestyle.

Here are some other examples of severe intolerance in the lives of everyday Americans:

The Right To Go To A Restaurant

For many years, complaints had been made against Kung Fu Saloon, a Texas-based chain of martial-arts themed restaurants.

It was discovered that management had been training their employees to limit the number of “ghetto-sounding” black people and thick-accented Asian customers it allowed in its restaurants.

In one instance, patron DeAndré Upshaw was allegedly refused entry because he was wearing Converse All-Stars, even though moments earlier, his white friend had been wearing the same shoes and was allowed entry.

A complaint was filed by the US Department of Justice stating that the chain's employees had been discriminating against customers since 2011.

In June 2015, a settlement was reached that required the restaurant chain owners to "implement changes to policies and practices in order to prevent such discrimination."

The Right To Vote

The right to vote has not historically come easily for many people in this country, and for some, it still doesn't.

In 2014, 97-year-old nursing home resident of Topeka, KS, Beth Hiller attempted to vote, but found she was restricted because she did not have a photo ID.

Voter identification laws, which are currently in place in 32 states, often require a valid state-issued photo ID in order to vote.

Elderly people, like Hiller, along with minorities and low-income voters are more likely not to have driver’s licenses or other photo IDs.

Conservatives argue the laws are in place to prevent voter fraud, however, there is no evidence this fraud even happens.

The Right To Have Starbucks

In September 2014, Amy Kaplan in Brighton, NY, was refused access to a local Starbucks because she had her service dog with her.

The dog had been trained to assist her with memory loss related to her injury and in managing anxiety.

The Americans with Disabilities Act prevents discrimination against people with disabilities in public accommodations.

It also requires businesses to allow people with service dogs inside. Starbucks offered Kaplan an apology after the incident.

The Right To Use The Restroom

Transgender military veteran and civilian software specialist, Tamara Lusardi, informed her employer of her identification, and began transitioning from male to female in 2010.

Although she had already legally changed her name and gender, her employer required her to continue using a separate bathroom until she underwent reassignment surgery.

Lusardi filed a complaint and the US Office of Special Counsel held that Lusardi had been subject to discriminatory harassment on the basis of her gender identity, and she should have been allowed to use the women’s restroom.

Despite the many positive steps for transgender acceptance, according to the Human Rights Campaign, it is still legal in 32 states to fire a worker for being transgender.

A recent study by the National Center for Transgender Equality found that 90 percent of transgender people report mistreatment or discrimination in the workplace.

The Right to be Seated

In 2013, the Wild Wing Café in South Carolina refused to seat a group of 25 family and friends because a white customer complained of feeling “threatened.”

According to Michael Brown, one of the patrons who was turned away, the group waited two hours to be seated before the manager refused to seat the group.

Brown stated they had been there to celebrate his cousin’s last day in Charleston.

Marketing officer of the restaurant chain, Debra Stokes, offered an apology and meals all around for the group. She said the manager was placed on leave until the investigation was completed.

Brown has since told a news organization, "This is not a situation where you can just give us a free meal and everything is okay. It goes deeper than that."

The Right To Wear A Headscarf

In 2008, Samantha Elauf interviewed for a salesperson job at Abercrombie & Fitch in Tulsa, Oklahoma.

She was told the store had a “look policy” banning the wearing of “caps” by its staff, and stating it has a “classic East Coast collegiate style of clothing” that her headscarf did not fit in with.

The Equal Employment Opportunity Commission took on her case, and it eventually went to the Supreme Court, who sided in favor of Elauf.

The Court found she had been discriminated against under the Civil Rights Act, which requires employers to accommodate religious diversity in the workplace.

The Right To Have Your Car Repaired

Brian Klawiter, owner of Dieseltec, an auto repair shop in Grandsville, MI, stated that as a Christian, he refuses to serve homosexuals in his shop.

Under Michigan’s Religious Freedom Restoration Act, this refusal is legal.

Similar to the Memories Pizza Shop in Indiana, which refused to provide pizza catering for a gay couple’s wedding, a GoFundMe.com page was started to support Dieseltec.

Only $5 was donated, and that was from a woman in a same-sex marriage who asked, “Will you except my money, or is it to gay for you?”

The campaign page has since been taken down.

The Right To Receive Treatment

Cardinal Innovations, a North Carolina agency that dispenses state and federal Medicaid dollars in 15 counties in the state, enacted a policy in 2013 stating it will not reimburse undocumented immigrants for mental health care.

Critics of the decision argue that federal law requires healthcare be offered to all, regardless of citizenship.

Cardinal spokeswoman Rachel Porter stated undocumented immigrants are "non-qualified aliens and are therefore not eligible for Medicaid assistance or enrollment."

Those in favor of giving undocumented immigrants Medicaid claim their need for mental healthcare is greater than usual, given ongoing anxiety, fears of deportation and vulnerability.

The Right To Protection

In June 2014, a Utah policeman refused to be one of the guards for the gay pride parade that happened over the course of a weekend in Salt Lake City, citing his religious principles.

Slate writer Mark Joseph Stern questioned whether a police officer can refuse to protect demonstrators whom he or she happens to dislike, and whether swearing to protect the public only really means some of the public.

The Right To Get Gas

In 2014, an Israeli woman who had been residing in Coral Springs, FL for at least 15 years was refused service by a Palestinian employee at a South Florida gas station.

The employee told her, "You guys are killers and your money is not wanted here."

She was asked not to return.

The owner of the Shell station, who happens to be Jewish, said the employee would be let go, and his behavior was "absolutely intolerable." He sent his apologies.