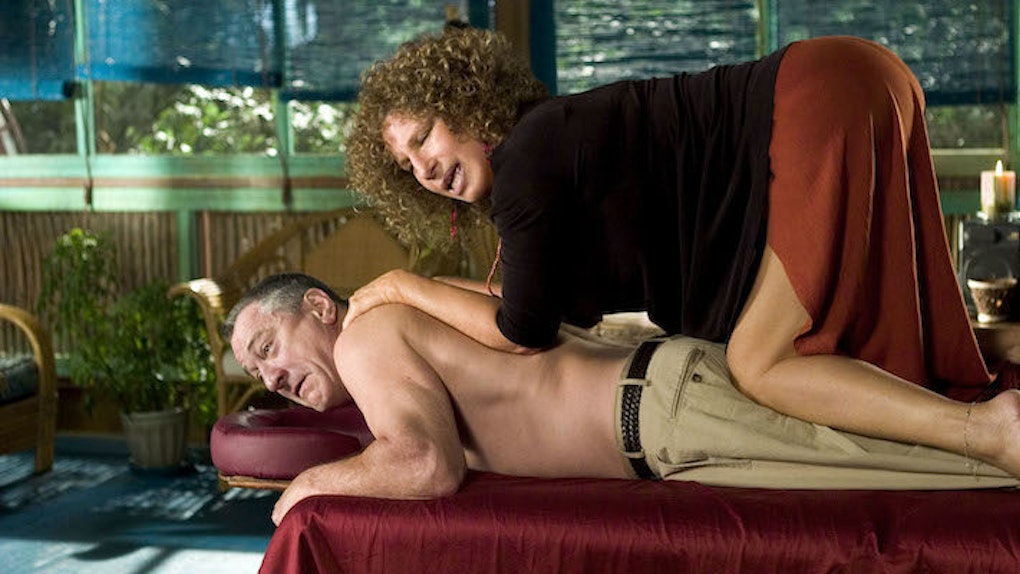 For some of us, the only proof we have that our parents have sex is the fact that we exist.

But for the unlucky few who have accidentally overheard some parental lovemaking (or worse, WALKED IN on it), there's no denying that the experience was traumatizing.

Yes, we love our parents and want them to be happy, and it must be hard to have a child in the house in addition to a sex drive that needs satisfying. But that doesn't mean overhearing your mother ask your father to "loosen up his buttons," à la the Pussycat Dolls, won't ruin everyone involved for life. Because it will. It absolutely will.

Regardless, some brave Millennials have come forward to share the horrifying tales of overhearing their parents f*cking. Read on, and thank your lucky stars that you're not these people.

"I was up later than I was supposed to be and went to the bathroom. I heard a man scream from my parents bedroom, so I went to the door, worried. It was only then that I realized what type of scream it was... #scarredforlife."

"[It happened] when I was 7. Earlier that year, I asked my parents where babies came from (I was a really inquisitive kid), so when I walked in on them, I knew EXACTLY what was going on. A month later, my parents told me my mom was pregnant with my little sister. My mom and I talk about sex all the time now, so a couple years ago I asked her how often she and dad had sex when I was a kid. She literally responded with, 'When I got pregnant with your little sister, that was the first time your dad and I had had sex in a while, and we had another dry spell right after that.' My biggest fear was confirmed. I WITNESSED THE CONCEPTION OF MY LITTLE SISTER."

"I overheard my parents having sex on a boat trip. We were in a tiny boat and I was trapped in the room next door. It literally echoed and was traumatic! I had no where to hide. I was out on the sea!"

"I never really walked in on my parents having sex, but when I was in high school, my parents decided that they were going to take their first vacation together without any kids since their honeymoon, which was 30 years ago. Needless to say, my mom was really excited. So I went into her room while she was packing, and I noticed that she didn't pack any underwear. She just had two evening dresses and two bathing suits and a bag that looked like toiletries. I asked her how the packing was going, and she was like, 'It's great, I'm done.' And I was like, 'Mom, you don't have enough clothes or any underwear... You can't be done packing.' She responded with, 'Of course I'm done packing 'cause I will not need any clothes with the activities your father and I have planned. I only have three bathing suits, in case we want to go do it in the ocean, and dresses so that we can go and refuel at night. But if it was up to me, I wouldn't put on a single article of clothing for the entire week...' And that's when 16-year-old me learned that my parents were still actively having sex. After their trip, everyone kept asking, 'What did you guys do?' and all I kept thinking was, 'Each other.'"

"One time, I got up in the middle of the night for a glass of water. I heard my parents having sex, and I sat on the steps and cried. I was 12. It was terrible."

"I had just gotten home from f*cking my girlfriend's brains out and going down on her for what seemed like forever. My face smelled like her incredible pussy. I figured since it was midnight on a Tuesday, my parents would be asleep and I shouldn't have a problem taking a quick shower. As I walked into my house, I heard a very loud thump or two coming from upstairs that just suddenly stopped. Wondering what this could possibly be, I walked up the stairs and saw my parents' bedroom door wide open... When I walked in to make sure they were OK, I saw them cuddling with their way too brightly-faced smiles under the covers. We laughed and acted like nothing happened. I didn't even hop in the shower. I just distracted myself from what I witnessed with the smell of my girlfriend's vagina instead."

"I wouldn't call it overhearing them. Two times really stand out, but I had a f*cked up upbringing when it came to boundaries. Once, I literally walked into a room and my mom was saying to my dad, 'Clyde, just do it. I'll give you a really good blow job later.' I stopped dead in my tracks and, like, ran away. Another time, we were moving to a new house so we had a lot of boxes around, and my sister and I wanted to play in my mom's room. We literally walked in on my parents having sex, and my mom stops mid-hump and goes, 'Oh, we're just discussing the boxes.' They were having sex in my seven-year-old sister's bed. WTF."

"In high school, I would often have to grab something from my parents' bathroom to finish getting ready for school. One morning, I walked in with my mom passed out on the bed ... topless."

"I was five-years-old and heard these noises late at night. I opened/peeked through the door and saw them both wearing these masquerade type masks, which my five-year-old mind immediately associated with professional wrestling. I found it odd that they had zero interest in WWF but were re-enacting it in their spare time."

"It was the summer before 8th grade. My family went to Canada to stay at a cabin on a lake. There was only one bedroom (my brother and I were going to sleep on an air mattress on the floor). I jokingly told my mom and dad not to get any ideas because we'd all be sharing a room, and the door didn't lock. My mom seemed offended (which was odd, because that joke wouldn't have been inappropriate for our relationship). That night, when I came back from fishing out on the lake, I tried to open the door, but it had been barricaded by a chair. At first I didn't understand what was going on, but I quickly mumbled something about having left a fishing pole out on the deck and I ran out."

"When I was 13, I overheard, through the shared wall between our bedrooms, my mother telling my dad to 'loosen up my buttons' a la Pussycat Dolls. I nearly died."

"My boyfriend and I were supposed to be at the movies, but the theatre lost power so we decided to come home and watch a movie on the couch. Well, my parents definitely weren't expecting us. I unlocked the front door and my naked mom sprinted into her bedroom. None of us had sex after that that night."