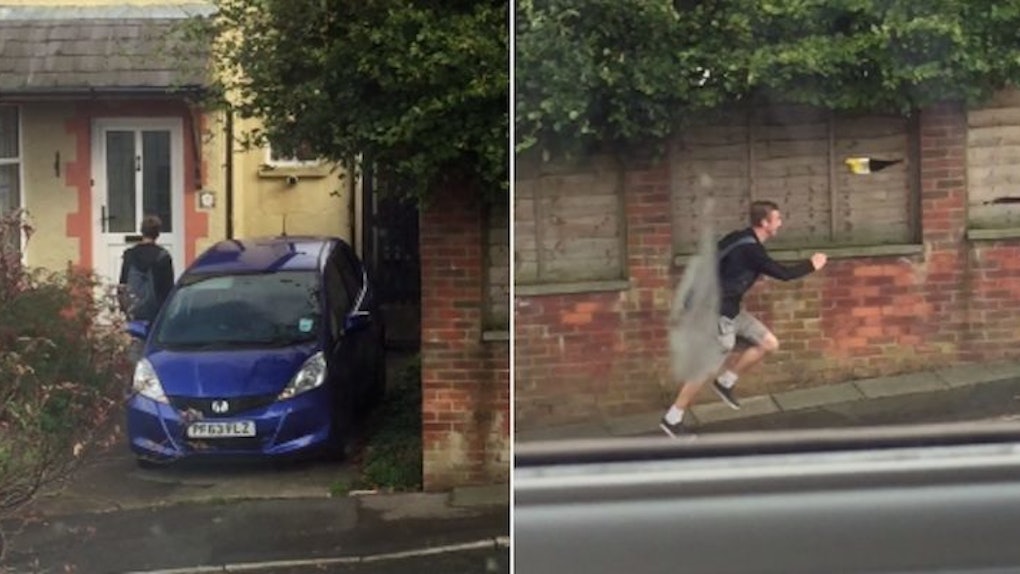 Whether they're lighting their hands on fire before slapping friends in the faces or dressing up as chainsaw murderers to terrify children, people these days love to express affection for friends and loved ones by making them suffer.

But this video takes that trend to the next, genuinely brutal level.

The man filming told his friend to come over to his house, but the guy actually gave him the address of the house across the street, and told him he should just come on in because no one else was home.

And that's exactly what the friend does.

I guess another way of putting what happened is, "This guy made his friend break into a stranger's home."

Still, no one has ever been happier than this prankster laughing at his friend fleeing the scene.

If he ever becomes a father, the birth of his child will pale in comparison to the magnitude of this joy.