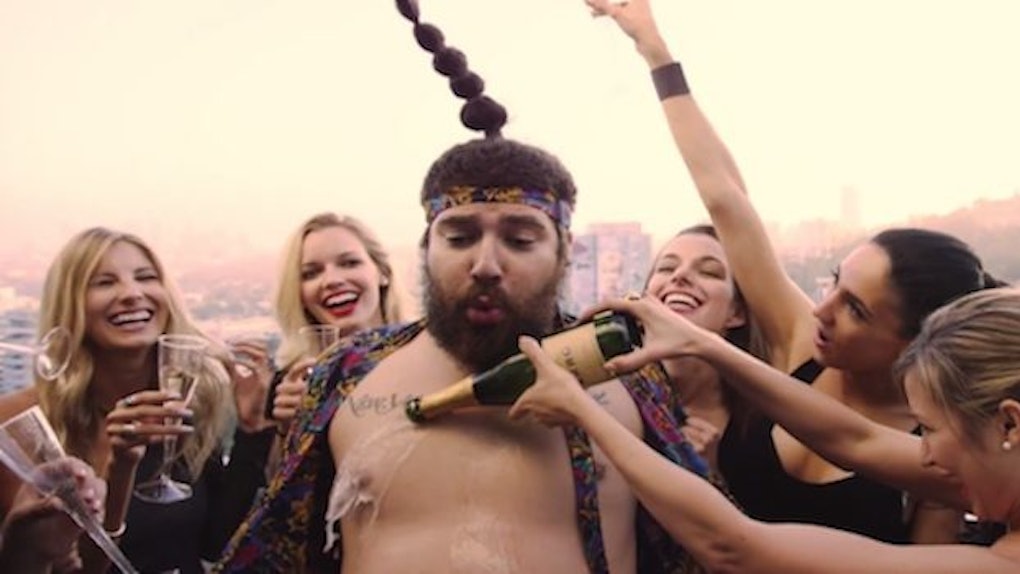 Over the years, Famous Internet Person The Fat Jew has tried out a few different career paths -- from sketches and interviews on YouTube to a stint with the joking-but-not-really-joking rap group Team Facelift.

However, he's easily most well known for his Instagram where he, before getting repeatedly banned, frequently documented himself doing outrageous things. He realized it was just easier to post screenshots of jokes other people made on Twitter.

Even if you're not a fan of his brand of humor, you can't deny he knows his audience and the things these people like to make fun of, and "white girls" seem to be make up a significant portion of both of those categories.

Given his background as a rapper, it should then come as no surprise Fat Jew is allegedly planning to launch his own line of rosé inspired by the shortage that hit the Hamptons near the end of the summer last year.

In an interview with the New York Post, he announced he hoped his "White Girl" line would prevent another tragedy in the future, saying,

We were right on the brink of disaster. What would've happened?

I'm guessing a bloody revolution fought with avocado pits and gluten-free baked goods (if you're curious, the wine is "everything-free").

While there's no set date for the wine's release, he claims it will be available in the New York area sometime this summer, and considering his own word is the only evidence of its existence, I can't tell you if it actually will be.