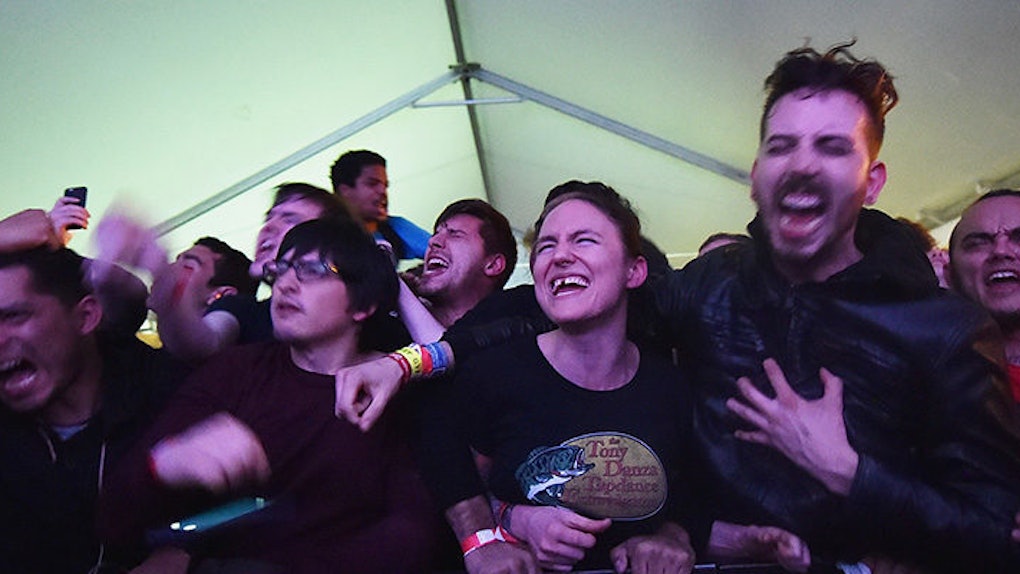 7 Ways To Pretend You're At SXSW Without Actually Going Anywhere

This week, metropolitan areas around the United States will feel a remarkable drop in hipness levels as the nation's top tastemakers and trendsetters flock to South by Southwest (SXSW), the Cool Kids Convention held in Austin, Texas every year.

If you sensed any animosity in the previous sentence, you can be assured it stems entirely from jealousy.

I work in an industry that sends thousands of people on all-expenses-paid vacations for reasons I still don't entirely understand, but this year (like every year) I'll be living vicariously through the photos people post to let everyone know how much free stuff they got.

If you weren't able to convince your boss to let you take a week off to attend as many celebrity-filled house parties as possible, you don't have to totally give up on getting to experience what it's like to be in Austin -- as long as you're willing to compromise.

Here are a few ways to get the partially-full SXSW experience without leaving whatever comparatively lame place you're in right now.

1. Go to the nearest college and walk into the first overcrowded house party you can find that's playing music by a rotation of independent rappers who take too many hallucinogens.

If you add some warm beer and the constantly rising smell of body odor, all you have to do is close your eyes and pretend you're at an industry showcase.

2. Keep talking about how you need to figure out a way to move to Austin.

Based on the many conversations I've overheard at bars around the country, plenty of people are already doing this on their own.

3. Tell as many people as possible about the app you're currently working on.

Don't worry about actually making the app or even coming up with a concept; you really just need a catchy name. I suggest taking pretty much any noun ending in "-er" and simply removing the "e."

4. Take advantage of the freebies in your life.

You might not be able to fill a drawstring backpack with all the #sxswag you can carry, but there are still many widely available freebies in life that you can take advantage of.

You can bring a hat and a pair of sunglasses to a mall food court and do laps until the people giving out samples catch on.

You can join a bank that doesn't chain its pens to a desk and doesn't require a minimum balance. All you would need is a penny and you have free pens for life.

Thinking about buying a bamboo mat? I've never been to an Asian restaurant with a sign saying how many chopsticks you can take with you.

5. Cover your arm in as many wristbands as possible.

Wristbands hold more power than anything else at SXSW, and there is a direct correlation between how in touch with the scene you are and the number of neon paper rings adorning your forearm.

The best part is you can get 200 multicolored wristbands for under $8 on Amazon. That should at least get you started.

6. Get a sunburn in a tanning bed.

Don't miss out on one of the most essential aspects of the SXSW experience. Make sure to wear your wristbands for the most authentic tan lines.

7. Rent an Airbnb wherever you are, just because.

Even if you couldn't make it to Austin, it would be a shame to miss out on the opportunity to judge people based entirely on the things they have in their house. That's just good, old-fashioned entertainment.