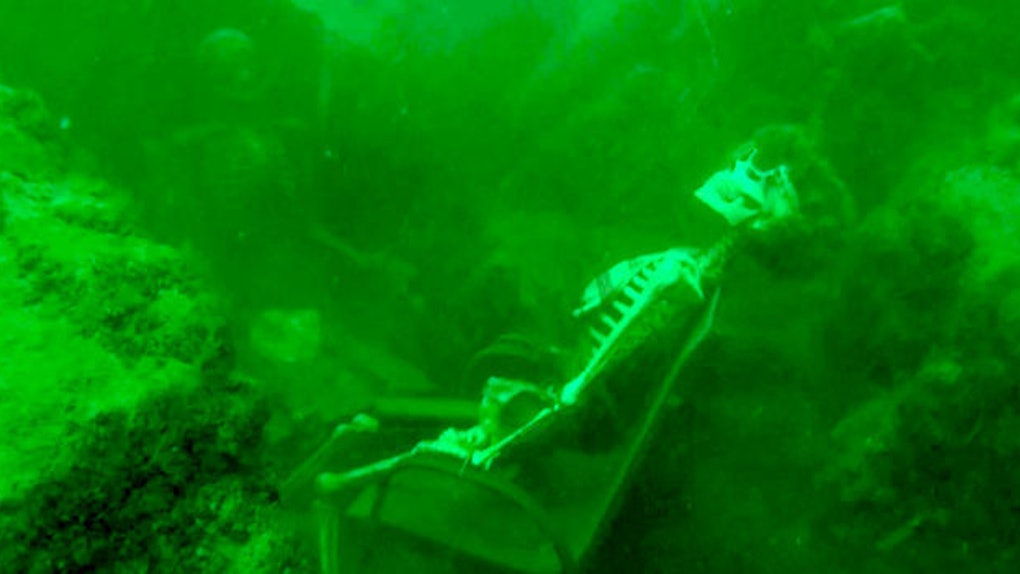 Someone Set Up An Underwater 'Weekend At Bernie's' Skeleton Tea Party

If you told me you had a video of a scuba diver stumbling upon two skeletons sporting sunglasses and sitting in deck chairs underwater, I'd assume you were talking about a particularly contrived episode of "Criminal Minds."

However, that's the scene a man in Arizona recently encountered while snorkeling along the bottom of the Colorado River. He called the local sheriff's office after his dive while presumably glancing nervously over his shoulder.

According to the Associated Press, the Buckskin Fire Department sent a diver to the location to determine if an investigation was necessary. While the diver didn't discover any evidence of foul play, he did find an interesting sign placed at the bottom of the river last summer.

That's the right way to waste any extra time you might have on your hands.