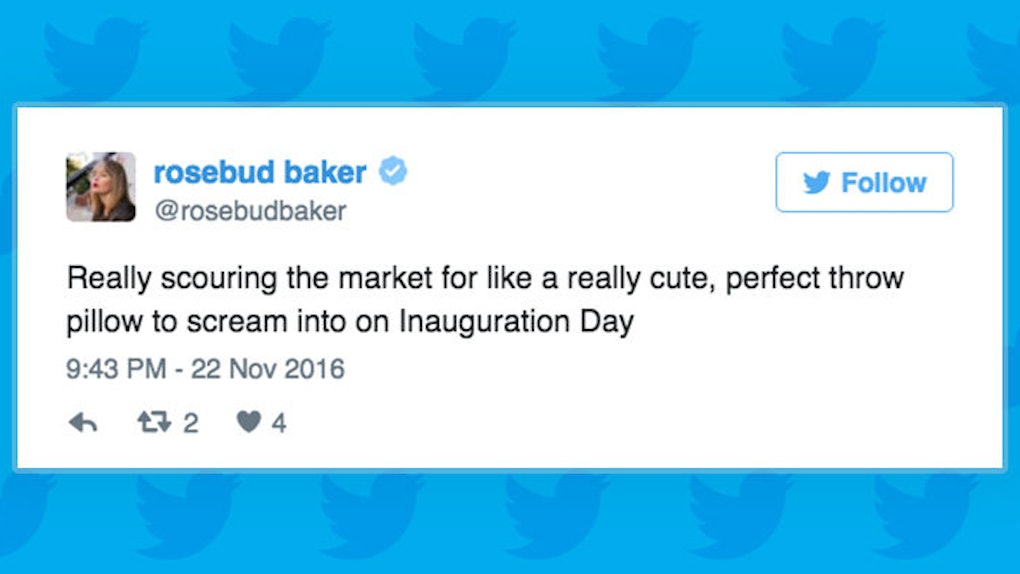 These 12 Proves Americans Are Over Inauguration Day Already

Hey remember when life used to be happy?

Haha, me neither. I'm dead inside.

THINGS. HAVE. BEEN. BLEAK. ever since Trump was elected. He just can't seem to chill with his tweet storms or chill with the whole being a really bad person thing.

And now we're less than a week away from the inauguration, and things are looking as grim as ever.

The Obamas are making their final speeches and preparing to leave the White House — and US — and Americans are just like, PLZ, NO. WE LOVE YOU SO MUCH. PLEASE DON'T LEAVE.

PLEASE JUST STAY. MAYBE IF YOU LITERALLY DON'T PHYSICALLY MOVE OUT OF THE WHITE HOUSE AT ALL, TRUMP WILL JUST GET ANNOYED AND WALK AWAY!!!

STAY WITH ME, BARRY AND MICHELLE. YOU'RE ALL I NEED.

But the Obamas have to leave. And Trump's going to be sworn in as president at the end of this week. And literally all of Twitter has started to just accept that this week is the beginning of the end.

Hey, if we're doomed, why not embrace the doom?

Here are some tweets that prove most of America is just preparing for what appears to be the beginning of the end of the world.

Peace out, America! We had a good run!

We've only been in 2017 for two weeks and we're already ready for it to end.

We're starting to feel a LITTLE ABANDONED by Barry and Michelle.

A general sense of hopelessness really seems to be the theme throughout the internet.

And you know what? I'm cool with it. If the world's gonna end, let's just speed up this process.

Always look on the bright side of life.

My stress level on inauguration day will be at an all-time high.

Welp, happy inauguration week, America! Can't wait to see what the future has in store!

But also, let's not forget this one important detail: