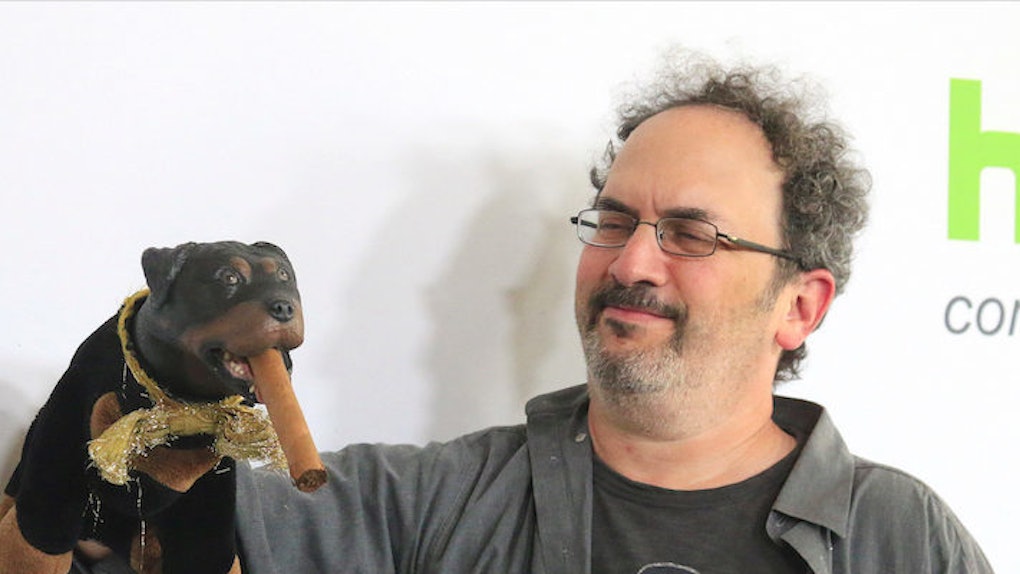 If you ever needed more proof that most Trump supporters will ravenously eat up any crazy, unthought-out policy that the Republican nominee has spewed out of his mouth, then please press play in the video above.

The ever-biting (in more ways than one) Triumph the Insult Comic Dog decided to troll Trump supporters by convincing them that they were in a focus group for potential Trump ads.

Of course, unbeknownst to them, those Trump ads were hilariously fake.

Trust me, I don't know whether to laugh hysterically or cry over the fact that there are actual people who would blindly back a plan to lock illegal immigrants in Porta Potties and ship them to Mexico.

You know what? I'll just cry-laugh! Two birds with one stone, am I right?!

The proposed fake ads also included one about having guns readily available in women's bathrooms. Their biggest concern was how to get their guns in time.

Another suggested that Hillary Clinton is actually a man. Did anyone say that this crossed a line even for Trump?

Nope. One of the Trump fans said the implication was better than a political tag line! Need to recover after reading this? Go ahead and watch an episode or four of "The West Wing" to settle you down.

By the way, the guy running this focus group deserves every Emmy award ever for keeping a straight face during the whole thing. Or maybe he's just too mad to even laugh?

Although, the saddest part of the whole video happened when one of the faux campaign commercials suggested an invisible electric fence be built to prevent illegal immigrants from coming in from Mexico.

One supporter suggested misleading immigrants and injecting them with a vaccine that would allow them to be shocked by the electric fence.

Excuse me, I'm going to go vomit. I'll be finished vomiting hopefully by (let me check my calendar) November 5, the day AFTER Election Day.

The last ad of the bunch riffed on a previous joke and promoted a plan to lock Mexican housekeepers in houses that needed cleaning and shipping those houses across the border.

These select Trump supporters actually thought that this was humane and argued that the houses were at least better than portable toilets.

When a Trump impersonator got on the phone, they were all beaming with support, even after he insulted one of the focus group's participants.

Overall, this video is the prank of the year, in my honest opinion. Well done, Triumph.