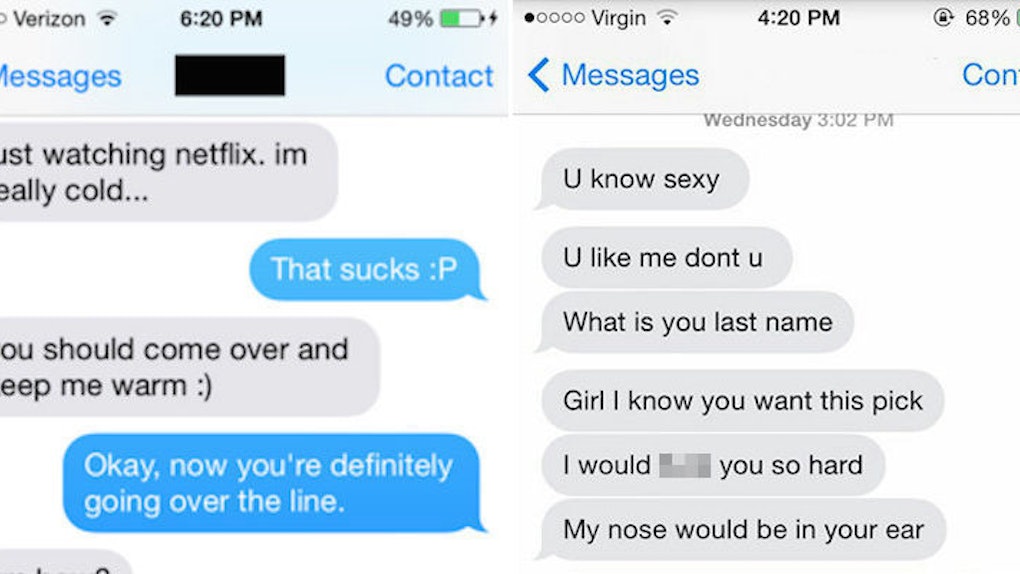 In 1876, Alexander Graham Bell invented a revolutionary device that would make it possible for a someone in Illinois to talk to someone in China without having to dig a single hole through the center of the Earth (the most direct method of travel at the time).

Sometime around 2004, people collectively realized nobody actually enjoyed talking to other people unless they absolutely had to, and that's why you now get social anxiety when one of your friends tries to call you instead of texting.

As speaking without speaking became the norm, people realized it was important to establish some guidelines concerning texting etiquette.

You're probably familiar with some of these rules -- such as "avoid sending more than three texts without receiving a response," an edict most people probably recognize from the World Texting Summit held in Oslo in 2008.

Unfortunately, some people have continued to ignore these guidelines and end up looking absolutely ridiculous as a result. Hopefully, these exchanges serve as a warning sign to those people who just can't cut themselves off.

Get ready to scroll forever.

He said he was going to stop texting her "now." He didn't say anything about an hour and 22 minutes later.

It would appear there's a correlation between being under the influence and not being able to stop talking.

Zero to 100 and straight into a concrete barrier.

I don't even know how accurate it is, but I have to respect any insult involving Mark Zuckerberg, Clark Griswold and a windbreaker.

It helps to know how sex works before you try sexting.

There are certain times when "changing the topic" is easier said than done. This is one of those times.

This one deviates a little bit from the rest, but there are a lot of reasons I can't leave it out (12 of them, to be exact).

I believe it was a Sonic™ spokesperson who once said, "If at first you don't succeed, keep trying for another month." He should have opened with "Rambo."