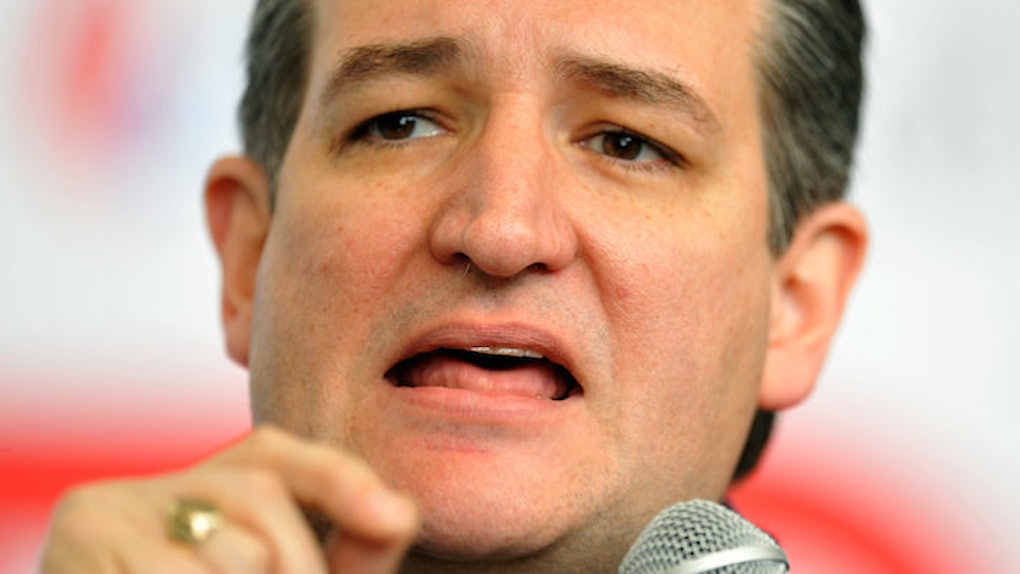 OK, so I know Donald Trump is likely to be the Republican candidate for president -- because the world will soon come to a fiery end and Satan will sit on a throne of fire -- but before that officially happens, I want to take one more jab at presidential nominee (and possible Zodiac Killer) Ted Cruz.

This "Bad Lip Reading" video might be one of my favorites. There is just something about Ted Cruz's weird beak-mouth that makes dubbing him over so easy.

Speaking of making things easy, this video is cut together using a lot of footage from Cruz's giant raw video dump he made a few months ago for YouTube.

If you don't know about this, the Cruz campaign filmed like 10 hours of raw footage of Cruz talking to his family and walking in cornfields or whatever, so his super PACs could make ads for him using the film without him getting in trouble for helping.

The footage itself is the best, most cringeworthy eye-diarrhea to ever happen, but I'm glad it was put to such good use in this beautiful video.

If only this came out before the Oscars, Leo would be crying in a bathtub right now.

Citations: 'Bad Lip Reading' Just Dropped A Ted Cruz Video And I'm Laughing So Hard I Might Have Pissed Myself (BroBible)