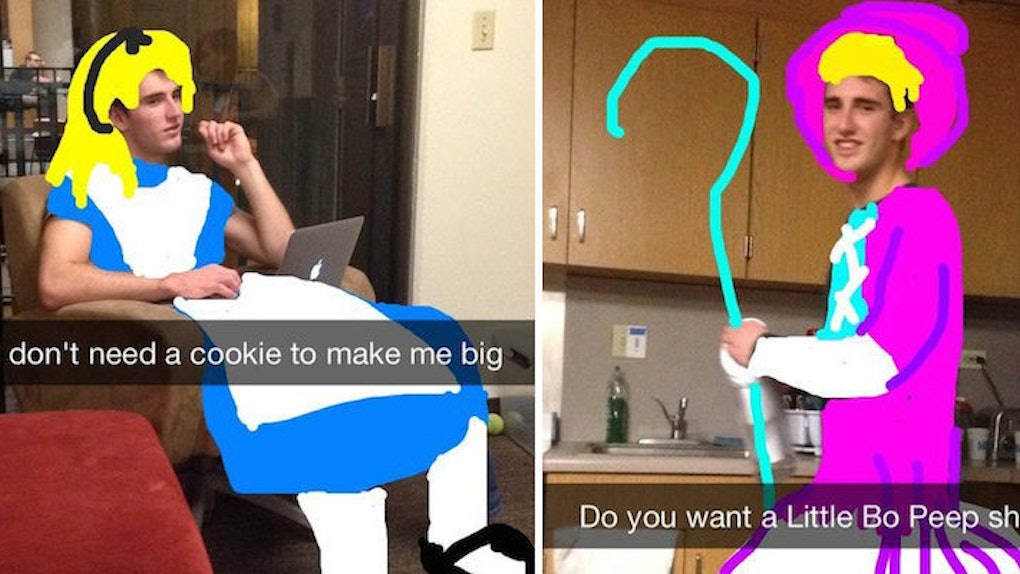 Guy Perfectly Turns His Roommate Into Disney Characters On Snapchat

For years, pop culture writers who've watched "A Beautiful Mind" on TNT too many times have been frantically sketching equations on windows with silver markers in an attempt to figure out the formula for the Perfect Internet Article.

It's been the subject of fierce debate in the online community, although recent developments suggest the optimal post involves incorporating some sort of social media with easy comedy and references to movies we've been conditioned to remember fondly.

To test this theory, one student started to use Snapchat to transform his roommate into various Disney characters, corrupting childhood memories everywhere with terrible sex-related puns.

We've provided translations to ensure your innocence is ruined.

Translation: He'll poke you with his penis.

Translation: He will put his penis deep into your body.

Translation: He wants to rub his own penis.

Translation: His hips can be used for doing the hula, but also for having sex.

Translation: He is asking you if you'd like to see him strip off his clothing in a dark booth.

Translation: His penis, like his long hair, is large and impressive.

Translation: Without the use of a magical cookie, he can make his large, impressive penis become stiff with arousal.

Translation: He likes to have sex while sitting on his partner's lap like a cowgirl on a horse.

Translation: Let us have intercourse at a steady, constant and unending pace.

Translation: He beckons you closer so that he may prod you with his penis.