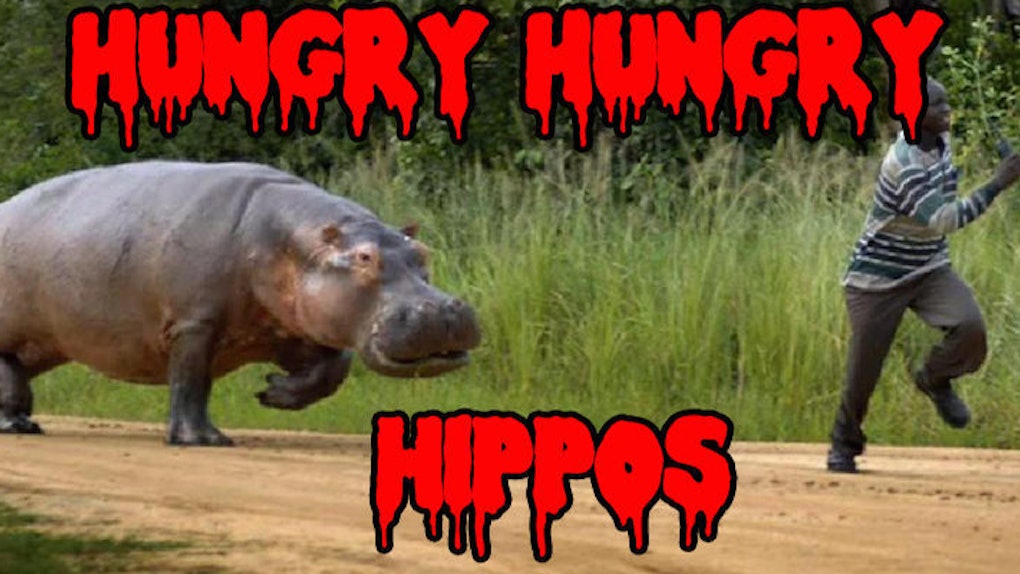 On Sunday, Discovery's Shark Week returned for the 28th consecutive year because (as many married couples know) when you've been doing something for almost three decades in a row, stepping outside your comfort zone can be a cripplingly terrifying concept.

I understand the mentality behind Shark Week: They are godless creatures with too many teeth who swam with the dinosaurs, and it's necessary for us to understand them so we can exploit their weaknesses when "Sharknado" becomes a reality. (Hint: Punch them in the gills or grab a chainsaw and dive head first inside as many open mouths as you can find.)

However, after three decades of programming, I'm willing to guess most people can hold their own when the sharkolution finally begins; that's why I think it's time we turn our attention to some of the other things people are irrationally afraid of.

Here are some of the top contenders.

If Discovery is afraid to totally abandon the whole "large grey creature that lives in water and occasionally murders humans" angle, then there's really only one appropriate replacement: hippopotamuses (or is it hippopotami? Some questions may never be answered).

Hippos kill 3000 humans per year, and you can't look at that picture and tell me you wouldn't tune in for at least a couple of minutes. It's a man being stalked by a hippo -- there's not much else I can say to sell you.

If there are two things people seem to love a lot more than they should, it's serial killers and puns. I can't explain why this is, but people seem to be absolutely fascinated with atrocious crimes against both other humans and the English language.

Consequently, Serial Killer Week seems like a no-brainer. Who needs sharks when you can have a borderline exploitative documentary about the patterns and behaviors of prolific killers called "Trix Of The Trade"?

If I've learned anything from the art of Jerry Bruckheimer and Michael Bay movies, all you really need to be successful is to make sure there's something exploding on-screen at all times. If you can do that, audiences will never go away.

And if Discovery is concerned about keeping the "threats you probably shouldn't worry about unless you end up being the victim" angle, there's nothing better than a week devoted to the terrible consequences of the conflict that will make mankind go extinct once and for all.

This would essentially be the same as Global Thermonuclear War Week, just with more emphasis on the fact that it could happen at literally any time without warning and everything you've ever known and loved would disappear before your brain could process what was going on.

It might be a little too depressing to match the ratings that Shark Week gets, but I think the message is just as important.

The Monster At The Bottom Of The Stairs Week

Part of the reason Shark Week started in the first place was to clear up certain misconceptions about the animal and hopefully discourage people who thought "Jaws" was a documentary from trying eradicate the entire species.

By now, there aren't many shark-related mysteries remaining, which is why I think it's time to shift the focus to another creature that lurks beneath: the monster that tries to grab your ankles when you're walking up the stairs of a dark basement.

This might not be as deadly as some of the others, but you should definitely be more afraid of student loans than of everything else on this list added together.