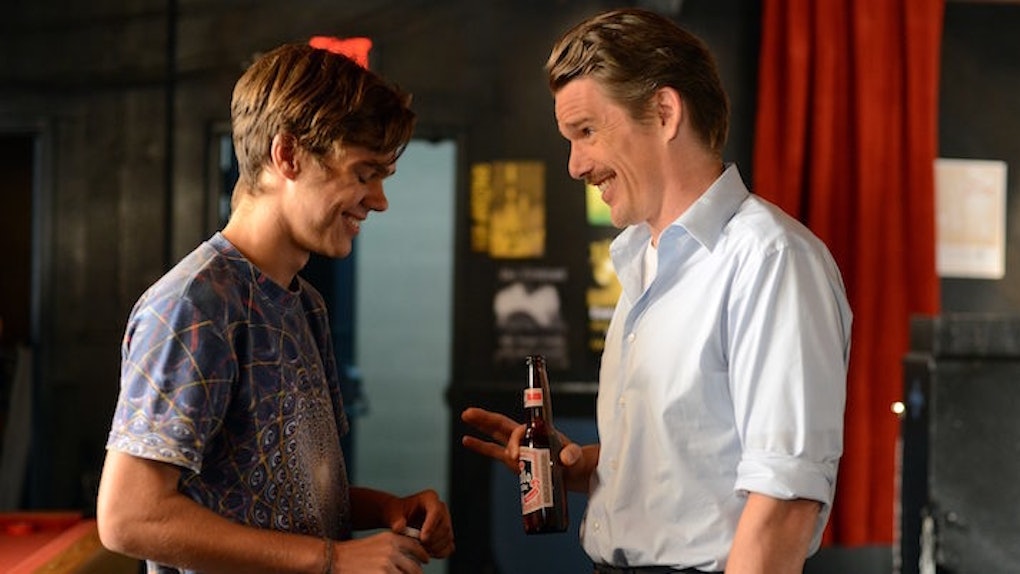 Four Signs You're Unconsciously Turning Into Your Dad (Photos)

I just celebrated my 25th birthday, which -- based on my recent experience -- is the year people collectively decide the only real gift someone that age could possibly want is some variation of a joke about their body's gradual but imminent decline into disrepair.

I consider myself a fairly healthy person (which probably wouldn't be the case if there was an easy way to view the physical damage I've done to my liver), but when you've heard the same jokes 10 times in one day, it's hard not to start thinking about what year will be the year when it stops being funny.

I think a lot of guys would list their dad as one of their major role models (second only to whichever athlete marketers thought would make children want to buy the most shoes at the most impressionable time in their life). As much as you want to be like your dad, though, watching yourself turn into him can be a terrifying prospect.

In order to prevent myself from meeting this fate without realizing it, I've compiled a list of warning signs to watch out for so you don't suddenly wake up to your own personal version of "Freaky Friday" without any chance of switching back.

If you find yourself experiencing any of these symptoms, report immediately to your nearest music festival.

New Balance, a perennial favorite of every single person in middle school gym class, has recently managed to convince a bunch of respected designers (and, in turn, the general public) its shoes are something people between the ages of 12 and 35 should want to have on their feet.

Maybe you saw one of these designs and thought, "Wow, maybe I should buy a pair."

DO NOT DO IT, AND IF YOU ALREADY HAVE: BURN THEM. THIS IS EXACTLY WHAT THEY WANT YOU TO DO.

They might seem cool now, but it's a slippery slope to venture down.

Your wallet comes closer to resembling a cube every day.

Over the years, your wallet gets filled with all sorts of things, like the condom you optimistically inserted two years ago or the seemingly infinite number of business cards you took from people you knew you'd never talk to again.

I try to keep my wallet relatively tidy but from what I can tell, there's a certain point in life when a lot of guys decide they need to carry around the gas station receipt from a rest stop in New Jersey they slid behind their college ID five years ago.

When you become that person, it's only a matter of time before you have a rectangle in the back of your jeans and schedule regular visits to a chiropractor because you can't sit for more than two minutes without rupturing a disc in your back.

You might just want to invest in a money clip instead.

You're unable to resist the urge to tuck in your t-shirt.

As far as I'm concerned, there are only three things in this world that need to be tucked in: dress shirts, small children and Buffalo Bill's penis in "Silence of the Lambs."

I suspect most dads would object to the first entry on that list because in my experience, something happens after the birth of your first child that makes you feel constantly anxious if you don't have a shirt -- any shirt-- tucked into your (likely stonewashed) jeans.

This definitely includes dress shirts, but it also includes the undershirt that lies beneath and every item in the drawer full of worn t-shirts featuring a wide variety of gradually fading pictures of corporate mascots and slogans from the 1980s.

I'm not sure what makes dads want to tuck everything in, nor do I totally understand why short sleeve button downs are seemingly the only exception to the rule. I assume it has something to do with Jimmy Buffett, but I still haven't figured it out.

Your Spotify playlist contains more than one song by Fleetwood Mac.

I'm not sure if dads are given a handbook listing the radio frequency of every classic rock station in the country or if it's simply intuition, but in my experience it's almost impossible to spend more than 15 minutes in a car with a dad without him unnecessarily busting out in falsetto to sing along with a song from the 70s.

That's not to say dads have objectively terrible taste in music: Most people who went through their insufferable Led Zeppelin and/or Beatles phase in high school were initially exposed to the music through a dad who wouldn't stop playing it.

However, there is a point when appreciation can turn into obsession, and that point is when your go-to playlist features more than one song by Fleetwood Mac.

It might be hard to pick between "Go Your Own Way" and "Landslide," but it's worth downgrading to the Dixie Chick's cover to avoid the downward spiral into Dad Rock.