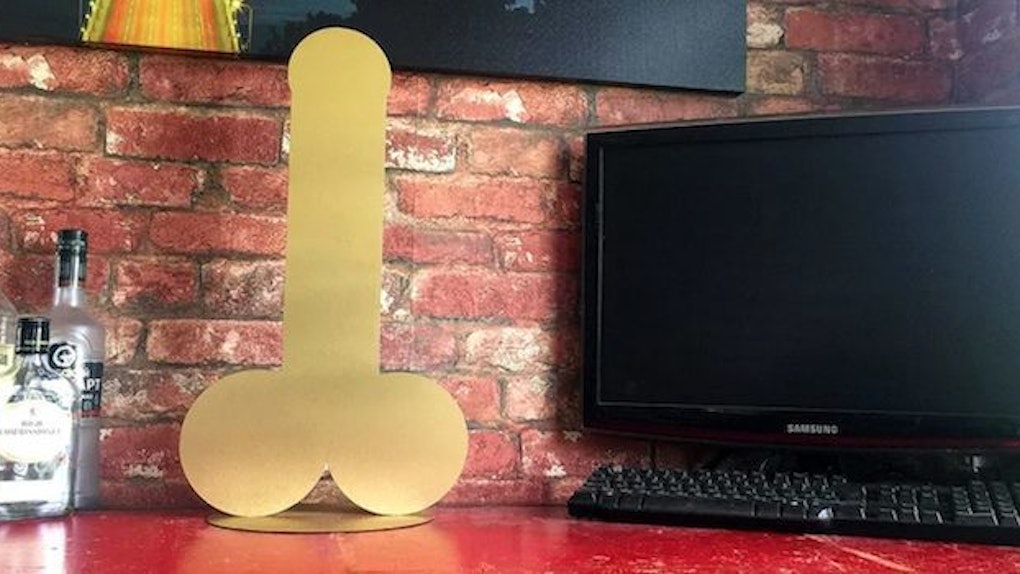 Yep, You Can Now Send Your Enemy A Dick-Shaped Trophy For Being A Dick

I once knew a guy who started every story by reminding you, even if it was entirely irrelevant, he went to Harvard.

For example, this is a real thing he once said:

So I went to Harvard back when people still watched 'American Idol.' I mention this because I had sex with a girl with a pretty good voice last night.

Yeah, he was a dick.

I have exorcised that man from my life, but if he was still around, I'd send him one of these dick trophies.

The dicks come in various sizes, but they are well-priced and assure the dick sender total privacy and anonymity. Please go out and buy these; I love the idea of the makers having to un-hilariously work super hard to get all of these made and keep up with the demand.

The small dicks can be sent to baristas who rolled their eyes when you asked what band was playing on the stereo.

The Jumbo Dick Trophy (about $23) is big and gold and beautiful and 2D, much like my own.

Send the jumbo dick to the guy who flirts with your girlfriend by giving her a shoulder massage and telling her she "feels tense." Don't turn your back on this one, or next thing you know, he will have taken a lock of her hair for his private collection.

Or you can get a Bunch of Dicks (about $43) for the shock and awe approach.

This is the mothership of postal dick assaults. It's for when you absolutely, positively, got to troll every motherf*cker in a frat.

Citations: You Can Send A Dick Tropy (Supercompressor)