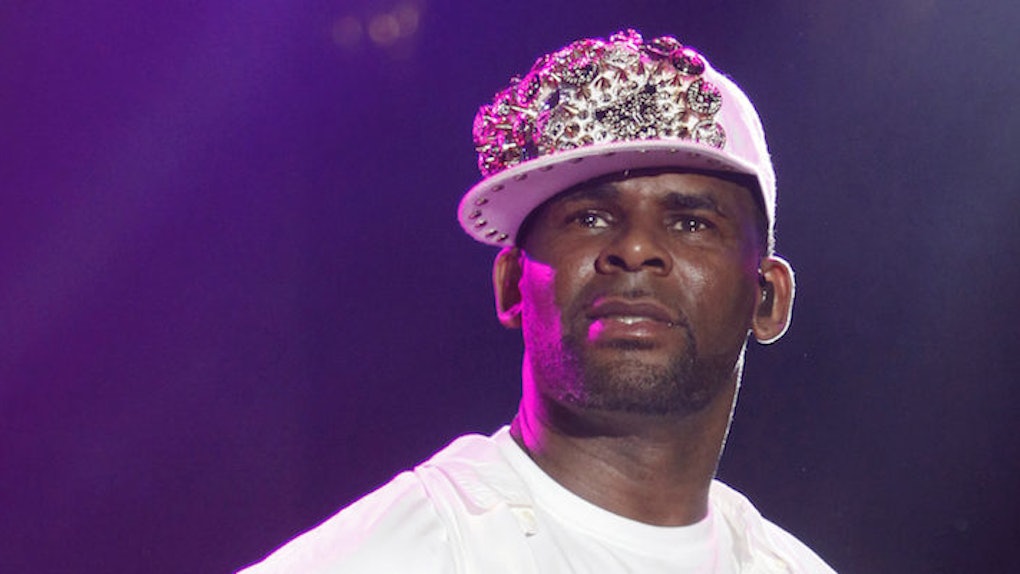 Last night, Kobe Bryant capped off his NBA career with a 60-point performance during a day when seemingly every single person on the Internet made sure to post something to commemorate his retirement.

One of those people was R Kelly -- the second most famous singer to inspire a sketch on "Chappelle's Show" -- who posted a picture of himself watching the game last night.

There's no real context for this picture, but you'd think someone like R Kelly would be able to find a place to watch a basketball game that didn't resemble the inside of a dimly lit utility closet at a rundown banquet hall in the New Jersey suburbs.

You can tell if someone's an R Kelly fan based on whether or not he or she thinks he's best known for his R&B career.

To be fair, it probably wouldn't need much to be held up in the first place.

At least she was nice enough to add the "plus."

At least he didn't say "iPhone."