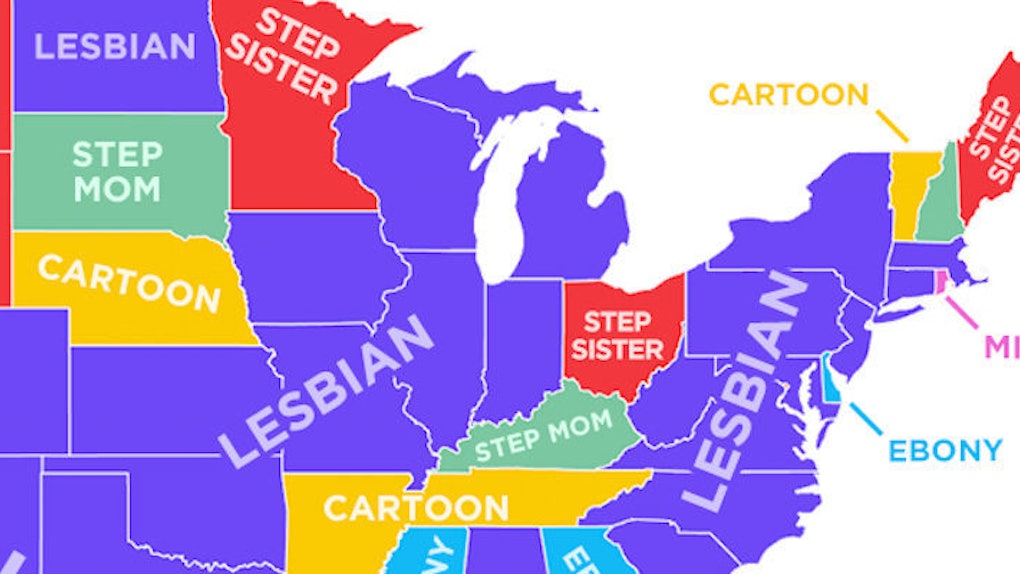 The results are, to say the least, troubling.

Now, I'd like to make some observations and deductions based on this information.

But, looking at this, it doesn't take long before you realize what the runners-up to "lesbian" are. Yes, we're now talking about stepmoms and stepsisters.

Finding out tht "stepmom" and "stepsister" are second only to "lesbian" is like finding out the second most popular snack people eat in movie theaters, after popcorn, is GO-GURT.

Considering the "stepmom" and "stepsister" results, I can only surmise that the increased divorce rate has had a significant impact on our nation's youth. All these broken families have taken their toll.

So, word of advice, if you're going to get re-married, just make sure your new wife and her daughter stay far away from your weird kid -- especially if he's Alaskan.

That brings up another point! Why is it only people from northern states wanna f*ck their stepsiblings and stepmoms? Is it a cold thing? Do people start wanting to have sex with anyone living in their home who isn't blood-related to them if they spend enough time inside?

Look, this is just what the facts are telling me.

And, before I go, here are two more things:

OK, that's all I have to say. If you want more stats like this, check out Pornhub's 2015 Year in Review.