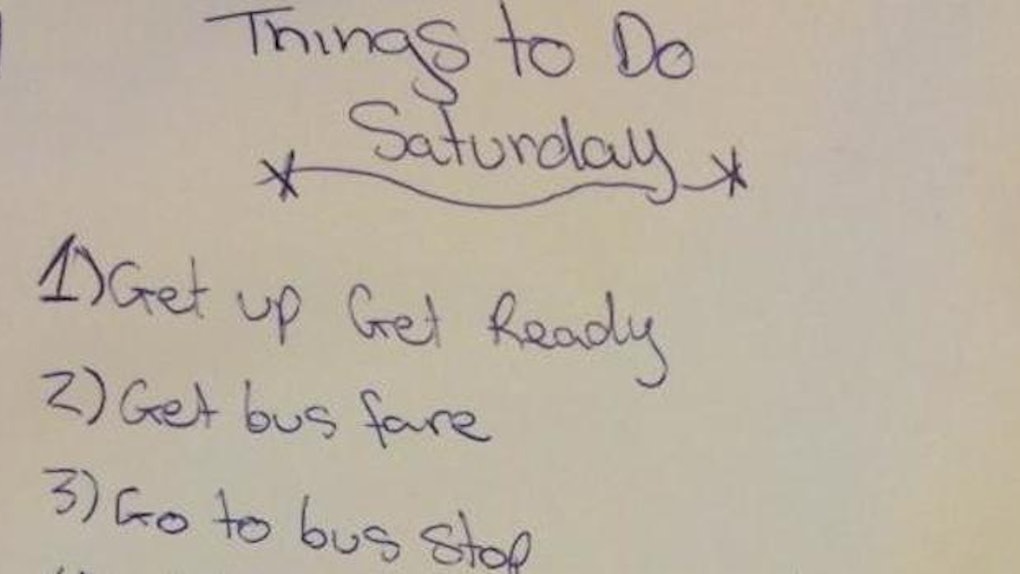 There are more than a few studies out there that say you shouldn't (hey, hey, hey, hey) smoke weed every day if you enjoy remembering things from 10 seconds ago, and while you might think you're the exception, science probably knows more than you do.

As we all know, this is the worst side effect of any drug on the market.

If peer-reviewed studies aren't enough to open your eyes to the incomparable evils of marijuana, then maybe some anecdotal evidence will sway you.

According to Mashable, police officers in Western Australia discovered a slightly unusual to-do list after executing a search warrant in the Perth suburbs.

Are ur Saturdays hectic like this!!! To do list located at search warrant in Cooby. #MurdochLPT3 pic.twitter.com/KdpMbdEYMq — Murdoch Police (@MurdochPol) April 30, 2015

For those of you not fluent in slang words for drugs in other countries, a "stick" is about $20 worth of weed, according to the testimonies of the anonymous Australians I found on Google.

Sadly, the stick purchaser in question seemed to forget a very important rule: If you have to write down a reminder to buy more weed, you probably shouldn't buy more weed.